“FADED “, “000000 “, “ON AIR “, “LOBSTER “, “SLIME” and “MOON SAFARI “. These are the names of the colors chosen by Fedez for his first line of unisex nail polishes. Each of them is inspired by the passions and significant moments of his life: from the red of the LED lights in the recording studios to the lime yellow typical of the smile.
After having anticipated it some time ago on social media, the artist created the line in collaboration with Layla Cosmetic. From this union comes the LaylaGel Polish capsule with the name NooN by Fedez. “The meeting with Fedez stems from the common desire to create something unique for fans of glazes. A product that allows everyone to express their personality and play with style and colors, having fun and wonderful“, says Babila Spagnolo, CEO of Layla Cosmetics. The six lively semi-permanent nail polishes also have the theme of sustainability at heart. The chosen packaging is, in fact, entirely made with sustainable and compostable materials. But not only. Part of the proceeds will be donated to the “Little Guests” project of Fondazione Pangea Onlus, a project to support women and children victims of violence. 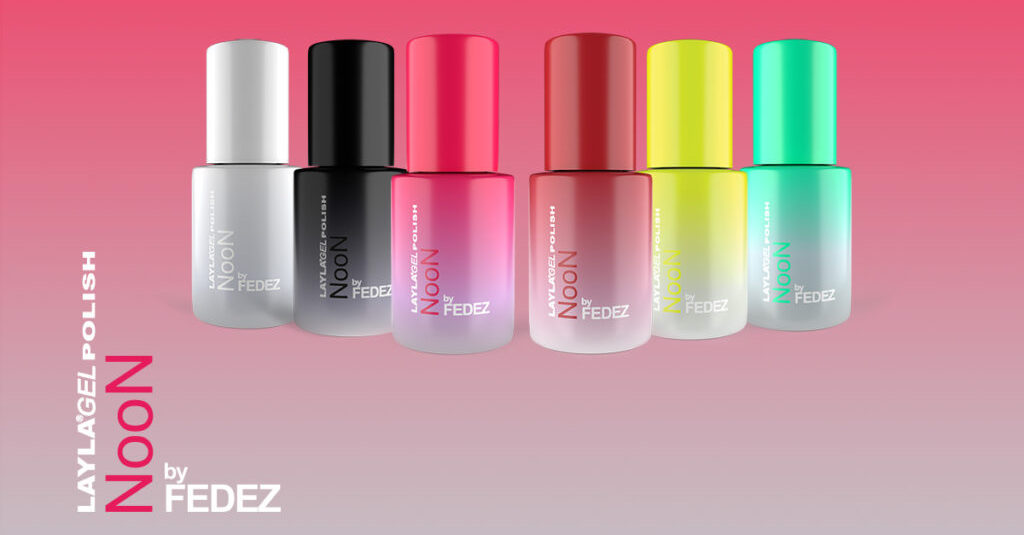 The brand new project was made known simultaneously by him and the brand with a funny video directed by his friend Luis Sal. The rapper has often performed in hilarious matchy designs with his wife, Chiara Ferragni. After all, the couple’s manicure has become the new frontier in the age of social networks, as demonstrated not only by them but also by Awan Hadid and Dua Lipa, and others. 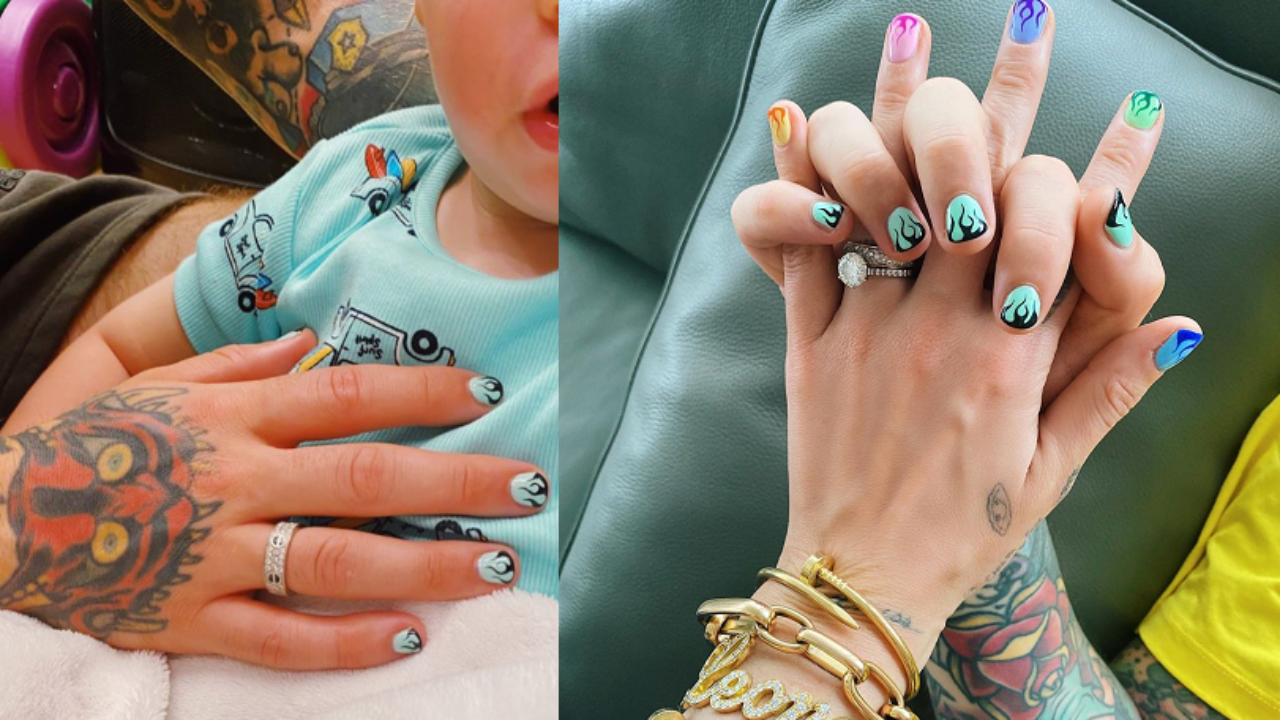 The nail polishes are available for purchase online and from authorized dealers at the cost of €17.75 for the single 10 ml bottle and €68.80 for the complete Starter Kit.
However, Fedez is not the first to try his hand at the new beauty trend. A few days ago, the news appeared that rapper Machine Gun Kelly would have launched a line of unisex nail polishes. It’s called UN / DN and was created in partnership with Unlisted Brand Lab. And even earlier in December 2020, rapper Lil Yachty has created a brand specializing in the production of glazes. A choice following the Texas episode of 17 year-old student Trevor Wilkinson suspended for showing up in class with nail polish.
This happened because in the new society shaped by Millennials and Zoomers (Gen Z), things are changing. Men’s makeup is increasingly becoming a multi-billion dollar industry. Furthermore, according to a study conducted in the United States in 2019, about 1/3 of the male population under 45 said they wanted to consider wearing makeup. They have shown interest in flashier products and in less showy ones such as foundation and concealers. While according to data from market analysis firm Moz, searches for “men’s makeup look” increased by 80% in April 2020. In 2019, the global men’s makeup market was valued at $ 1.14 billion (an increase of 13% over the past five years).
Share this
Tags:

THE RELATIONSHIP BETWEEN NIKE AND KOBE BRYANT IS OVER

VITTORIA HAS ARRIVED, THE DAUGHTER OF FERRAGNEZ

“Our Vittoria”. Chiara Ferragni and Fedez announced their second child,