Among Kanye West ‘s passions, there is also that of designing futuristic sneakers. His latest creation in this sense is the Yeezy 1020, a new edition of the boot anticipated months ago by ASAP Bari, of which some detailed shots have recently appeared on GOAT. 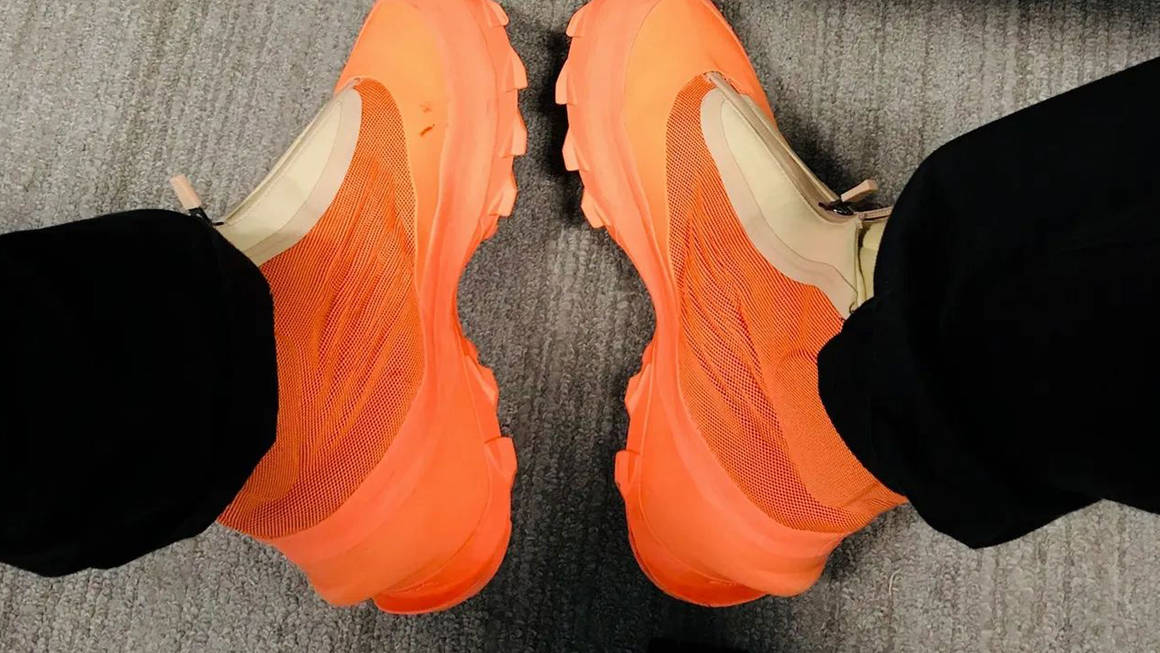 The boot, as such, features a high cut that covers the ankle. With a high-top, which seems to draw inspiration from basketball shoes, the Yeezy 1020 boasts a minimalist aesthetic in a two-tone orange and tan colorway. The first shade is distributed in the lower half of the shoe. While the second shade covers the tongue and the zip closure. The sneaker has no laces,
instead of which a zip has been inserted.

The most striking detail of the 1020 model is present in the central part of the foot and consists of the Three Stripes style graphics with a triple of wavy lines. The ankle’s circular shapes give more structure to the collar, and the tip is covered with a resistant rubber. The upper base layer is wrapped in a protective casing that can be opened and closed via a zipper that runs from the tongue to the forefoot. Finally, the thick midsoles and insoles with inserts are made of high-quality Continental rubber.

The official release date and pricing information for the YEEZY 1020 Boot has yet to be announced. However, the presence of a sample pair on the GOAT website could suggest a release later this year.

VALENTINO BRINGS FASHION TO THE THEATER