In London, the Design Museum has organized an exhibition on sneaker culture together with StockX called Sneakers Unboxed: From Studio To Street. Over 200 pairs of historic sneakers, both vintage and modern, will be exhibited, with behind-the-scenes insights into creating the most iconic models. The show will include, among the more particular objects on display, also the Adidas Futurecraft robot. Strung, a machine capable of assembling sneakers on-the-spot.
Prev
Next
The exhibition will explore the history of sneakers also in relation to subcultures around the world. From West Coast skaters to the English grime scene to the bubbleheads of South Africa. Ligaya Salazar, curator of the exhibition explained in a statement: ” Sneakers Unboxed: Studio to Street reveals the role that young people from different backgrounds have played in transforming sneakers into style icons and in creating a market that is now worth billions. The exhibition also offers a behind-the-scenes vision of new upcycling and sustainable design practices, with prototypes never shown to the public. “
Among the historic sneakers on display, the rarest prototypes, and the latest technologies in terms of sustainability, the exhibition will also feature modern collaborations and icons, such as Samuel Ross’s projects with Converse and Nike, the Yeezy and the Air Dior, and artworks inspired by the sneaker world, such as those of artists such as Jack Harper, Jamel Shabazz, Grace Ladoja, Simon Wheatley and Reuben Dangoor. But it doesn’t stop there. There will also be a series of insights on the circular economy and upcycling and a meeting with designers specialized in sustainability, including Stella McCartney. 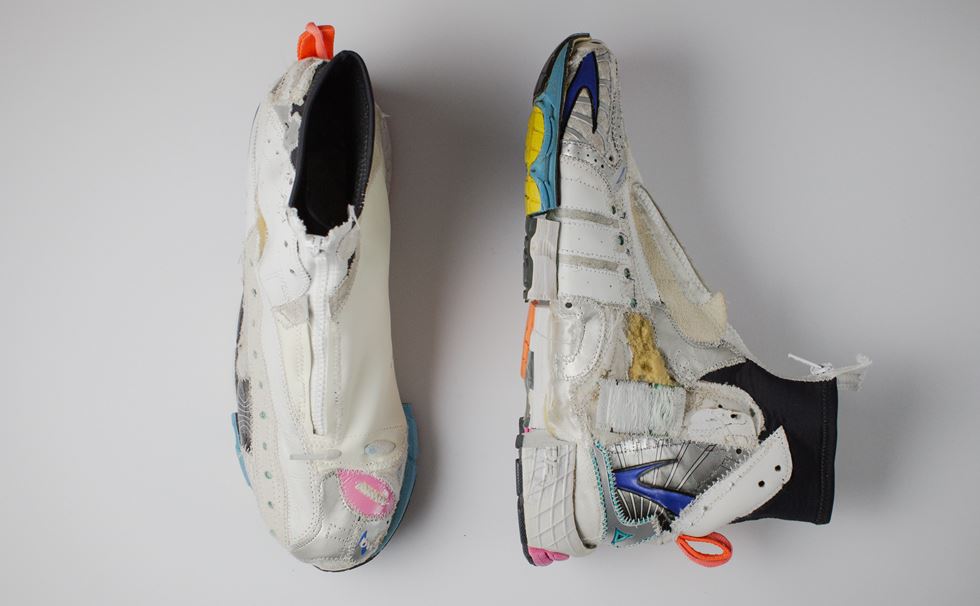 The exhibition will open its doors on May 18 and will remain open until October 24. All information on the Sneakers Unboxed: Studio to Street exhibition can be found on the Design Museum website in London.
Share this
Tags:

THE OPTICAL ILLUSION OF THE MAISON MARGIELA

VITTORIA HAS ARRIVED, THE DAUGHTER OF FERRAGNEZ