The uncertainty we are experiencing makes it impossible to have specific dates for the realization and distribution in theaters of one of the most interesting, fascinating, and anticipated film projects of next year: Ridley Scott’s Gucci. Based on the novel The House of Gucci: A Sensational Story of Murder, Madness, Glamor, and Greed by Sara Gay Forden, it tells 30 years of Gucci family. The story speaks of the company through the people who led it, amidst enthusiasm and pain, successes, and declines. And one of these is the killing of Maurizio Gucci (former director of the company at the time), which took place in Milan on the morning of March 27, 1995, under his ex-wife’s will Patrizia Reggiani. It is said that the murder took place because Reggiani did not forgive her ex-husband for having left her for another woman, Paola Franchi.

But this is just one of the many episodes that have marked the family of one of the best-known brands in the world. It is no coincidence that the film’s release is scheduled for November 24, 2021. It was, in 1921, a century ago, that Guccio Gucci founded the Maison in Florence. It all started with a series of leather goods shops, mainly linked to the equestrian field. And today, Gucci, thanks also to the Alessandro Michele revolution, is one of the most renowned and desired Italian fashion and luxury brands globally.

Gucci (Covid pandemic permitting) will be shot in Italy next spring, and the central locations will be Milan and Florence. The cast, according to the latest revelations, is increasingly stellar. In addition to the already “confirmed” Adam Driver (who will be Maurizio Gucci) and Lady Gaga (who will play Patrizia Reggiani), the latest new entry is Jeremy Irons, who has taken over from Robert De Niro, who will play the role of Rodolfo Gucci (son of Guccio and father of Maurizio). Al Pacino, Jared Leto (testimonial of the Maison), Jack Huston, and Reeve Carney should complete the cast. 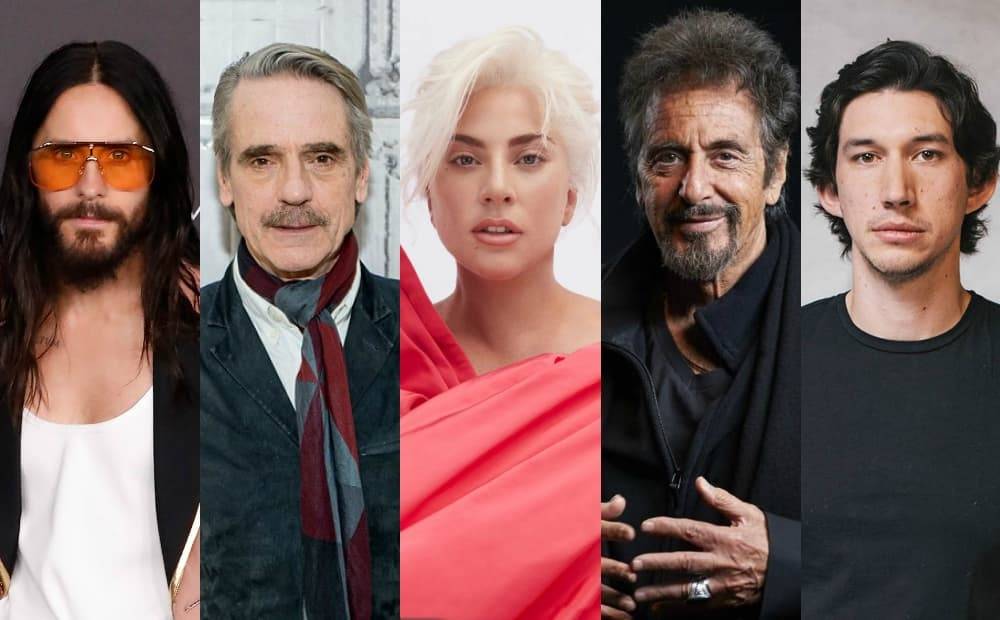 But at the moment, it is not yet known who they will play.

THE FIRST DEBUT OF KIM JONES AT FENDI