After months of puzzled looks and teasing, we now have the official information on the Nike MMW Zoom 4 sneakers‘ release in collaboration with Matthew M. Williams. On Instagram, the co-founder of 1017 ALYX 9SM and Creative Director of the Givenchy Women/Men lines revealed the date, December 21, with a post. 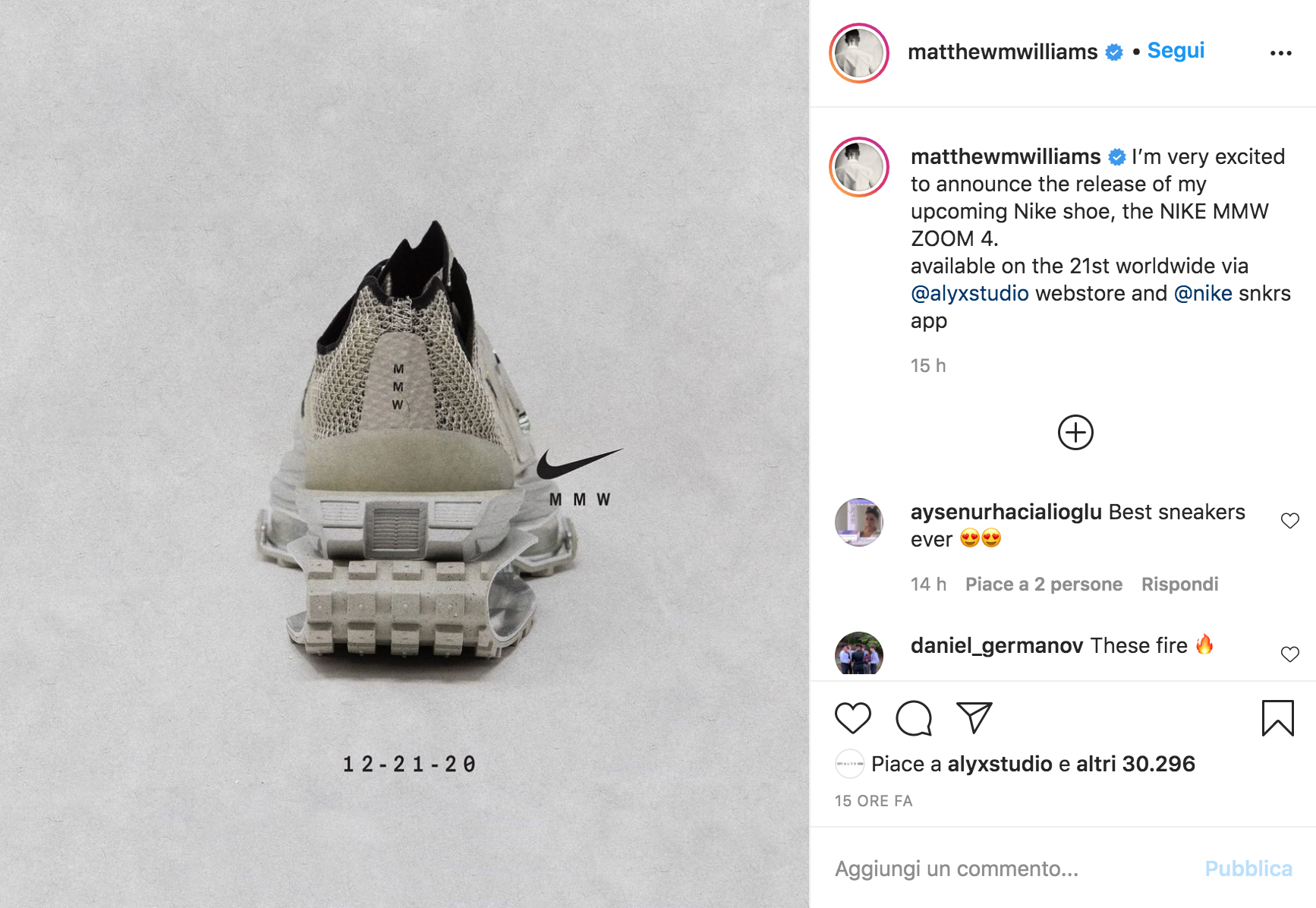 First revealed at Nike’s Future Sports Forum event earlier this year, the collaboration is just the latest in a long line of collaborations from the sportswear giant this year. The MMW Zoom 4 represents a new expression of sport, offering a futuristic and high-tech look. Continuous evolution of Williams’ past technical styles, such as the Free TR 3 SP sneakers. It was originally designed to be marketed during the Tokyo Olympics, but both were postponed due to Covid.

Available in a single “Bone White” colorway, the shoe’s mesh upper is accented with heat-sealed tapes, silver-tone details, and black contrasting elements. Aside from a darkened Swoosh in the midfoot, the additional “MMW” branding is mini and appears above the toe, heel, and molded insoles. William’s full name is engraved on the laces instead. The futuristic touch is due to the Pebax plates, which “lift” the shoe, and the EVA foam and rubber midsoles.

THE BRITISH GOVERNMENT AGAINST "THE CROWN"

THE UNISEX ENAMEL OF THE RAP LIL YACHTY

After the success of the ZX 8000, Adidas and LEGO are back

Causes, trials and courts, are all things Nike will likely leave behind.

After recent collaborations with Converse and Dr. Martens, Rick Owens has reunited

STUSSY THE BRAND THAT MADE STREETWEAR HISTORY

As young NBA stars grew up watching Kobe and LeBron, the current

Causes, trials and courts, are all things Nike will likely