It’s official, the 2020 Olympics in Tokyo are no longer held. Protests from Japan were not enough, nor was the Olympic flame that was lit a few days ago, the statement released on Monday afternoon by Dick Pound, member of the International Olympic Committee is very clear: “Based on the information provided by the IOC, the postponement it was decided, “Pound said in a telephone interview. “The timing has not yet been determined, but the games will not start on July 24.”
Pound, a 78-year-old Canadian IOC member for more than ten years, said the games will likely be moved to 2021, with details being worked out over the next four weeks. In addition to the suspension of the Games, the spread of coronavirus has also interrupted the Olympic qualification procedures and has seriously compromised the training regimes, prompting athletes and federations all over the world to ask for their postponement. Canada had affirmed the non-participation of its athletes in case the Olympics were held, and we believe short action followed by other countries. 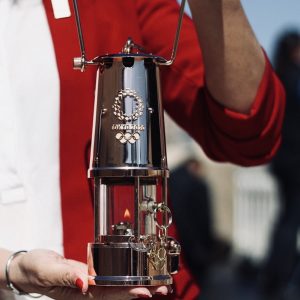 The leaders agreed however that the Tokyo Games could represent a beacon of hope for the world during these difficult times, therefore, it was agreed that the Olympic flame will remain in Japan and that the Games will retain the name of Games. Olympic and Paralympic Games of Tokyo 2020.
A great defeat that sees Tokyo postpone the Olympics for the second time in history. The first time because of the Second World War.
The Olympic games were to be held from 24 July 2020 until 9 August 2020.

THE BEST CITY TO LIVE IN? IT’S IN ASIA

Have you ever wondered what is the best city to