Moncler goes on with its enterprising project, continuing to explore the concept of “Genius”. This time the brand chose Will Smith as the face of “Genius is born crazy” campaign. Apparently, for the actor it was a really unexpected proposal, especially because he had never taken part in a fashion campaign: “When I got the call from @Moncler that they wanted me to be THE FACE of a FASHION campaign I was like… “These jokaz must be CRAZY.” – Wrote Will Smith on an Instagram post -“ I’ve always dug their gear. So I listened to their ideas. Then I was like… “That might be GENIUS,”  “I started pondering the Relationship between Crazy & Genius and I got more & more intrigued. Real Dreamers ALWAYS get called Crazy! I started to wonder… ‘Are Geniuses born Crazy?! Or can we all get some?”.

Thus the successful actor, producer and singer with a lively and charismatic personality now adds an unpredictable and very appropriate contribution to the world of fashion to his artistic career. After all, his role as the Genius in Disney’s recent live action “Aladdin” could only have its best followed into the collaboration with Moncler for “Genius is born crazy”. 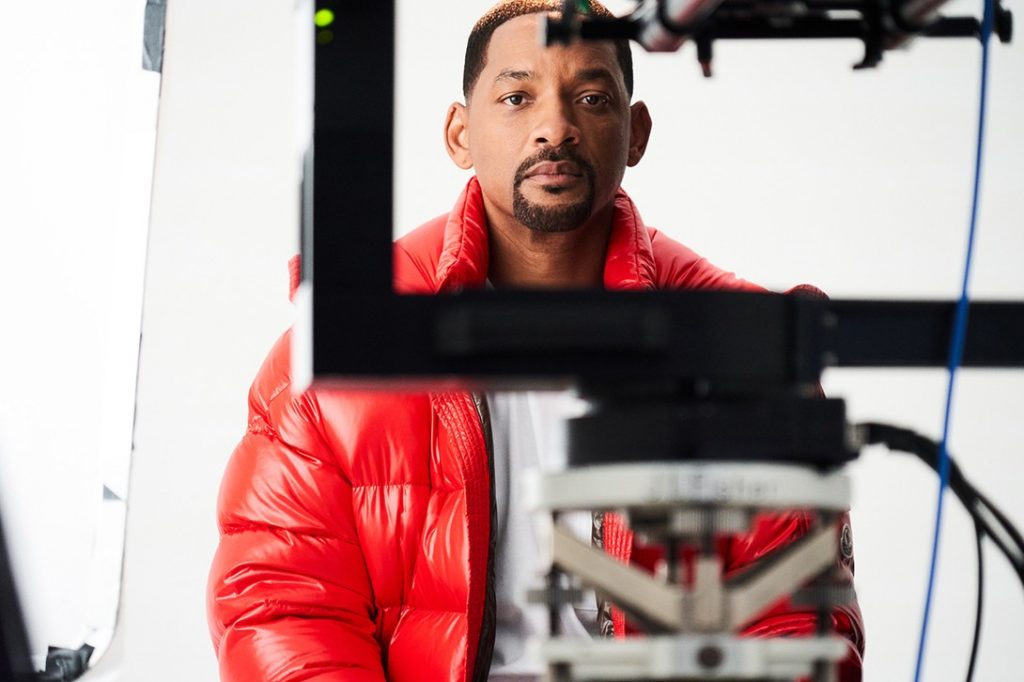 Remo Ruffini, president and CEO of Moncler, expressed his ideas about the campaign with the following words: “I believe in the power of crazy and I always give a chance to a crazy dream. The magic often happens somewhere beyond the ordinary, in the exploration of new horizons that only few see, before others follow. Long live the craziest intuitions when rigor and dedication are there to make them happen. It’s an honour to have Will Smith, in his first advertising fashion campaign, embracing our ‘crazy’ idea to celebrate the genius hidden within everyone.”

@WillSmith for Genius is Born Crazy. The mind of a Genius levitates with its head in the future and its feet off the ground. _ #GENIUSISBORNCRAZY

What make this tribute to creative genius, imagination and dedication even more impeccable is the sign of Tim Walker, world-famous fashion photographer and art director, on this latest campaign by the maison starred by Will Smith.

Moncler debuts on the small screen. After the blockbuster event