After the Vetements Spring-Summer 2022 collection unveiled last May and presented only through snapshots, which run in time-lapse, the brand is preparing to launch a “secret project”. This could result in the birth of a new brand. In fact, between barcodes and tunnels, the stop on the last frame focuses on an eye in the foreground. Above it is written on July 22, 2021, and the following announcement: “Launch of the secret Vetements project“.
But not only. Among the images in this teaser-like film, a barely visible phrase captures the retina: “Fight the machine, not each other“. An appeal to “fight against the system and not against each other“. This slogan seems to sum up the new project that the brand, based in Zurich, Switzerland, is preparing to launch next July. A project was announced for a few weeks on social media. 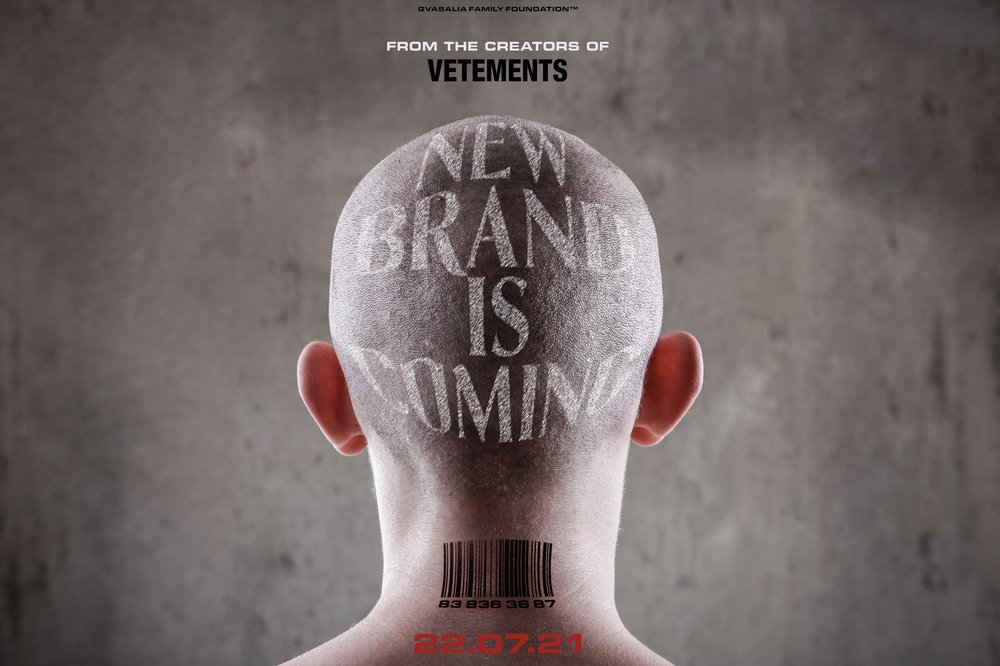 Instead of cultivating the mystery while continuing to fuel the hype on the Web, the label run by Guram Gvasalia explains itself through a press release. We learn that a new body, the “Gvasalia Family Foundation“, would be working on an experimental laboratory, described as “a platform for young talents, designed to replace traditional conglomerate structures by redefining co-working spaces and collaborative experiences.” However, Vetements does not provide details on the financing of this initiative, nor on how to select brands.
The Maison does not even mention a logo. But between April 2020 and February 2021, it filed more than 25 different trademark registration applications with intellectual property offices in the United States, Italy, Singapore, the European Union, and Switzerland. Among the prompts, use VTMNTS on everything. From apparel, accessories, and retail services, to perfumes, glasses, and jewelry. The continuation in the next episode.
This new operation should allow Vetements to give itself a new impetus after losing its creative soul in 2019, Demna Gvasalia, now director of Balenciaga since October 2015.
Share this
Tags:

Vetements, the most unconventional luxury brand in the fashion district,

VETEMENTS AND THE IRONY ABOUT BITCOIN – THE LOOKBOOK

Vetements never ceases to amaze. For winter 2022, he has