It is entering the final phase of construction and is expected to open Brazil ‘s huge new attraction by the end of the year. It is a 43-meter statue of Christ. Called “Cristo Protector”, it will be taller than the iconic Christ the Redeemer in Rio, recognized as one of the Seven Wonders of the World, which measures “only” 38.
The new building is located in the south of the country, in Encantado, a city in the Rio Grande do Sul. It is a region where many Italian immigrants, mainly from Veneto, arrived at the end of the 1800s to clean the forests. This week the arms and face of Christ have been raised, which stands on land donated by families who came up with the idea over ten years ago. The idea was also recently brought forward by Adroaldo Conzatti, mayor of the nearby municipality of Vale do Taquari, who died in March from Covid. 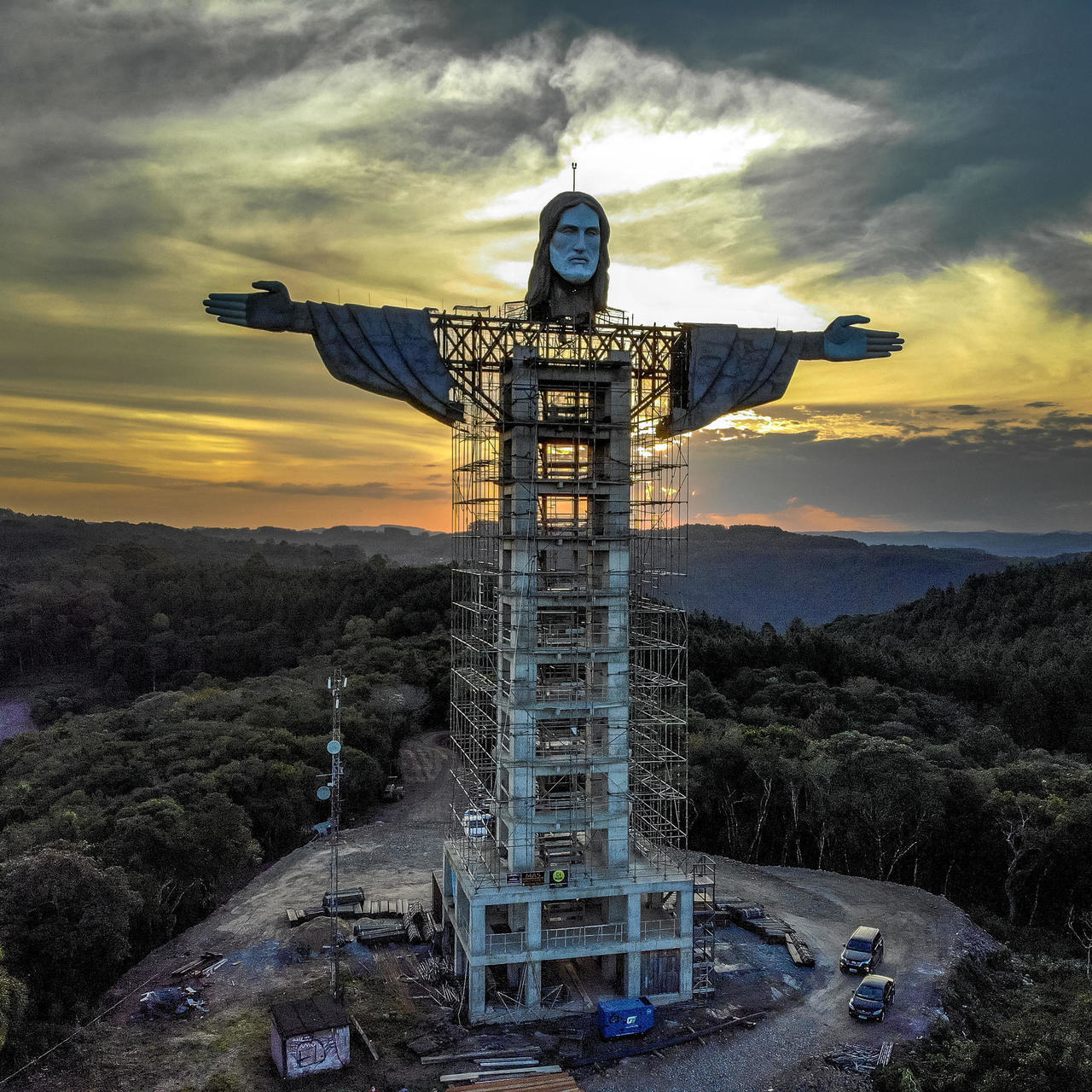 Rafael Fontana of the Amigos do Cristo de Encantado Association says: «He mobilized the community to build this monument which means an expression of faith, devotion, and gratitude of an entire community that has developed around this hill. From there, the city got its electricity supply and started to develop, in the 1930s and 1940s ».
Construction began in 2019, and the arms raised this week are another first in themselves. They widen for almost 36 meters, in a gesture of protection that surpasses in size that of the Redeemer of Rio, by only 28 meters. The cost, equivalent to 270,000 euros, was covered exclusively by donations from individuals and companies. But several volunteer architects and engineers also wanted to participate in the project.
The project includes an internal lift, which leads to the chest area of Christ, about 40 meters above the ground, where there will be a belvedere. From there, the view will extend to the municipality of Bento Gonçalves, about 40 kilometers away. Project organizers expect the statue to become a significant tourist spot in the region quickly. “We are already receiving contacts from people from various places in the state to visit Christ. There are still four or five months to go before it’s completely ready, but it will be available for visits as soon as it’s done. We are preparing ourselves,” says Fontana.
Meanwhile, the Brazilian statue of Christ the Redeemer and Rio De Janeiro’s Sugar Loaf Mountain reopened on Saturday. The figure has been looking down on the city for nearly 90 years and is one of Brazil’s most popular tourist attractions. It was designed by the French sculptor Paul Landowski. Composed of concrete and soapstone, it measures 38 meters in height, 8 of which are base, and rises to more than 700 meters above sea level. Its surface is covered with a patchwork of thousands of tiny mosaic tiles. At the time of the inauguration, the signal to illuminate the statue came from the powerful radio station of Coltano, a hamlet of Pisa, by Guglielmo Marconi. This is why at the foot of the monument there is a commemorative plaque of the Italian community that celebrates the event.
Share this
Tags:

LOOK UP. ON APRIL 26 THERE WILL BE THE PINK MOON