Shoes are the final touch to any outfit, especially a 10inch heel. But nowadays women all around the world prefer sneakers, and not just any sneakers, but the Air Jordan. According to Lyst, the world’s largest research platform dedicated to fashion, the increase in Jordan‘s search by women increased significantly from 2019 to 2020 by + 93%, while StockX recorded a 70% increase in sales of women’s sneakers in the last year. This demonstrates that more and more women are interested in the purchase and resale of sneakers. 1 in 10 sneakers sold on StockX in July was a women’s exclusive and there are currently more than 3,000 active women’s sneakers ads on the platform. And again, according to Lyst, the most popular womenswear item in 2019 was the Nike Air Jordan IV retro and in 2020 the Nike Air Jordan 1 Mid. 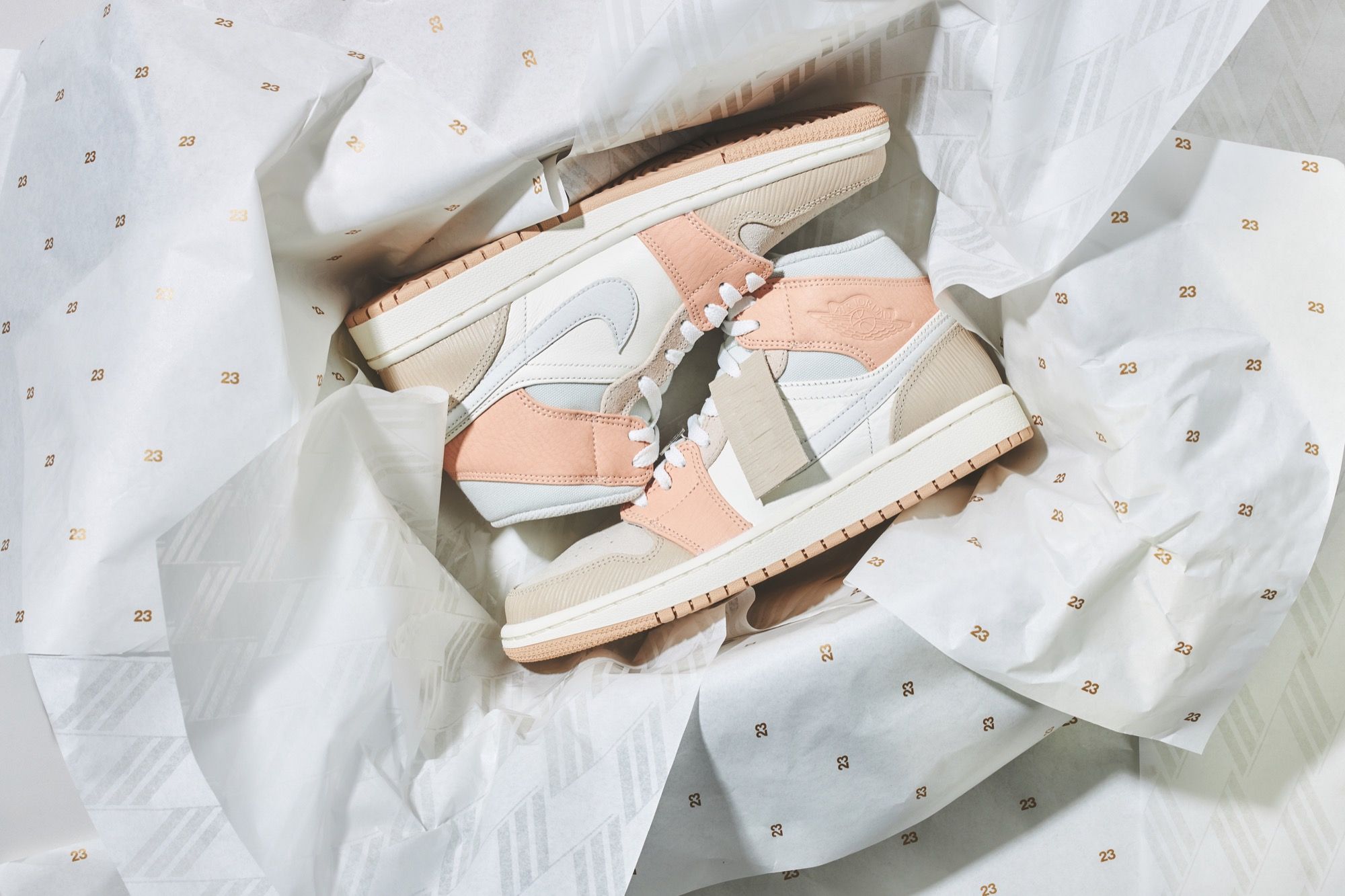 Nike launched their first womenswear sneakers, the Air Jordan OG (specifically for athletes), in 1998, the same year that the Jordan brand was launched. The texture was the same leather as the Air Jordan XIII. It was Nike’s first step towards the female market which then led to a series of collaborations with many female athletes. Then, in 2010, the company collaborated with Vashtie Kola for the creation of a pair of Air Jordan II. The upper was lavender-coloured nubuck, deep purple border on a metallic silver midsole. The New York videomaker becomes the first non-athlete woman to collaborate with the brand. 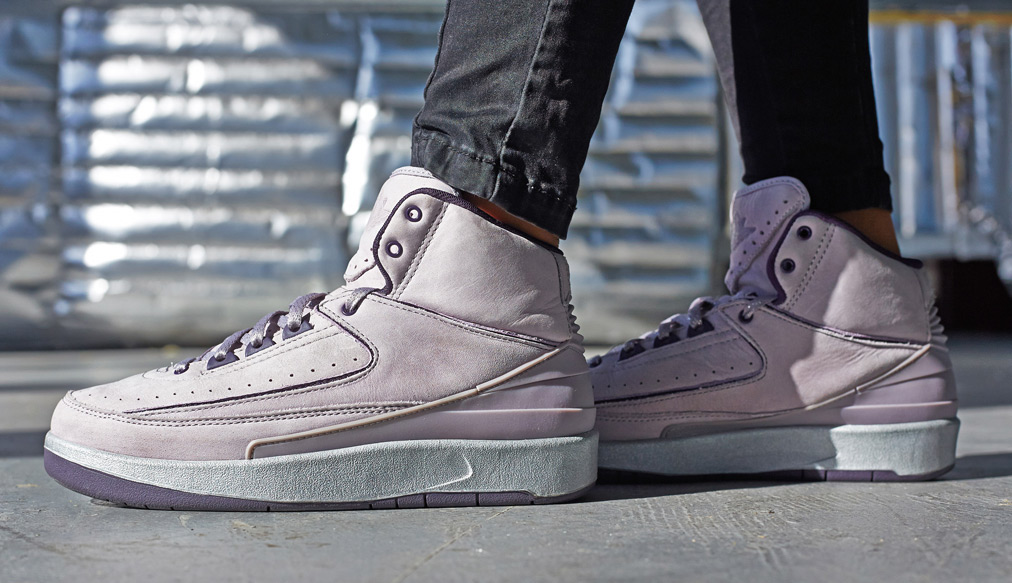 But it is thanks to their collaboration with Alealy May that the brand decides to shift its focus into the female market. The Los Angeles-based creative and influencer designed one of the first exclusively female colourways for Nike: the sneaker was a Jordan 1 High in black corduroy and silver satin on the forefoot and heel, and a grey chenille swoosh. In 2018 Nike’s relaunches the women’s department and launch the Season of Her campaign. It is the first time in history that Jordan launched an all-female sneakers collection that included a series of nine sneakers in pastel tones, with a suede body, satin panels on the toe and heel and embroidered swoosh. 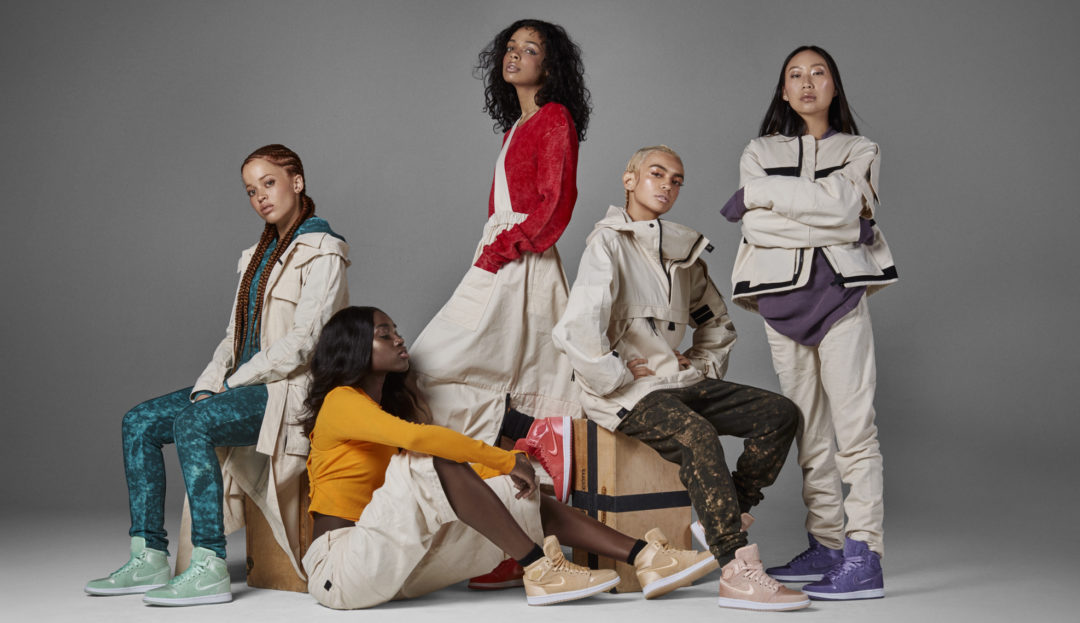 From that moment, Nike starts to collaborate with many female public figures like Maya Moore and Melody Ehsani and even designed a pair of sneakers in partnership with Vogue in 2019. But 2020 is the year in which Jordan decided to invests even more in the female market: the brand already launched several releases dedicated to their female customers, like a new Air Jordan 1 Mid colourway launched in February in Milan with the House of Jumpman show, as well as a women’s apparel collection. In the same month, Virgil Abloh presents a pair of Jordan IV x Off-White during the “Slighty Off” show in the “Sail” colourway. The sneakers were produced exclusively in women’s size and only later available in men’s sizes. 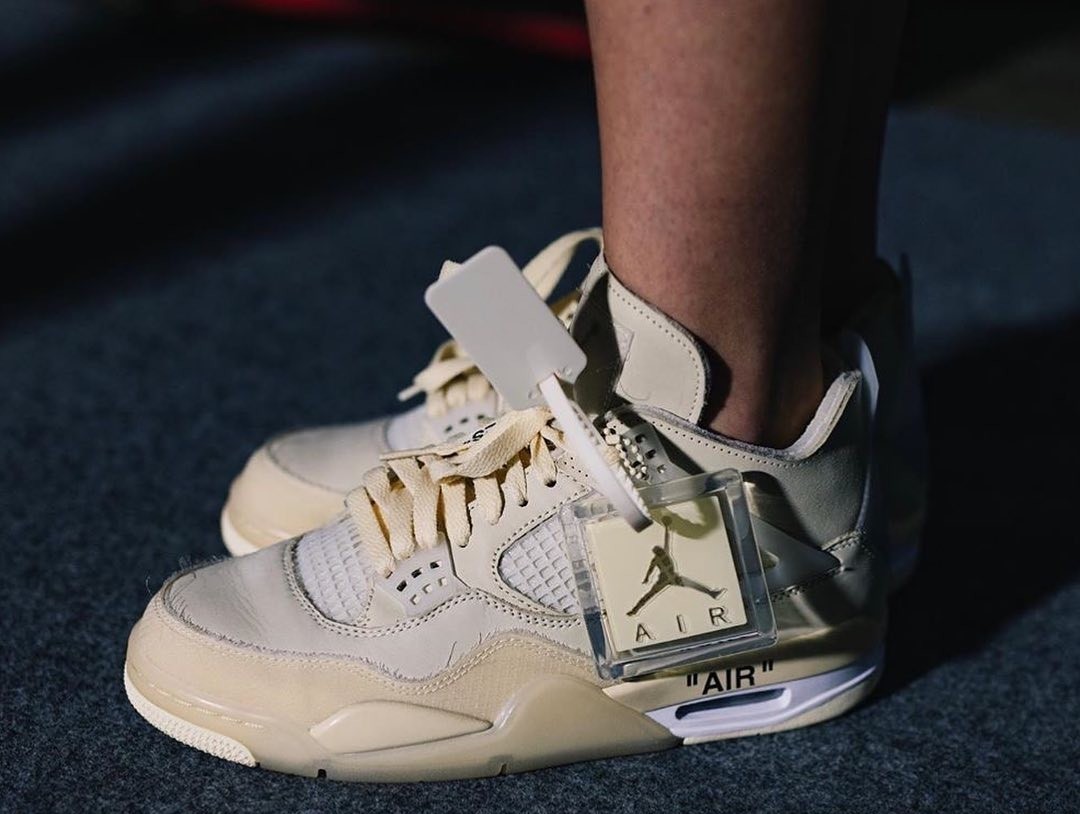 THE CHIARA FERRAGNI X LANCOME COLLECTION IS BACK