It is difficult to find a more versatile silhouette than the Air Force 1. Over time, the sneaker designed by Bruce Kilgore has become, thanks to its white upper, one of the best canvases for creatives. Nike itself is now ready to play on its Air Force 1 by offering them a version capable of changing color in the light.
The sneaker presents itself to us with an appearance similar to its more classic version. The upper boasts white leather panels, followed by a monochromatic midsole and finally a semi-transparent outsole tinted in blue just like the dubrae placed on the laces. However, the magic happens when Air Force 1 is exposed to the sun’s UV rays. The photosensitive treatment applied to the upper allows the shoe to change its look completely. The result is a sneaker with fresh and spring shades. There are accents of blue, yellow, fuchsia, and lilac that are revealed only in the open air. These alternate with a more lowkey look when worn indoors. On launch day, the Air Force 1 UV will be accompanied by a nice swoosh hangtag, also photosensitive, and will be sold wrapped in a silver envelope.
Prev
Next
The release date has not yet been announced, but we expect a release on the Nike online store starting in the next few weeks.
But as we mentioned earlier, the ability to change color thanks to light is not new to Nike. In October 2020, the brand had released an entirely reflective Air Force 1 model. The sneakers featured cream-colored panels with optical white midsole and laces. But once a flash hits the shoe, it will completely transform. The whole upper part and the tongue tab will magically light up thanks to the special paint used.
Prev
Next
More recently, the Air Force 1 had transformed itself again, coming on the market in a “Do It Yourself” version. At first glance, the AF1 was white with black stitching. But these black lines weren’t seams but the velcro base on which to “attach” the pieces. The 1/1 was supplied with a full set of bright orange Swoosh, tongue tab, heel, and laces. 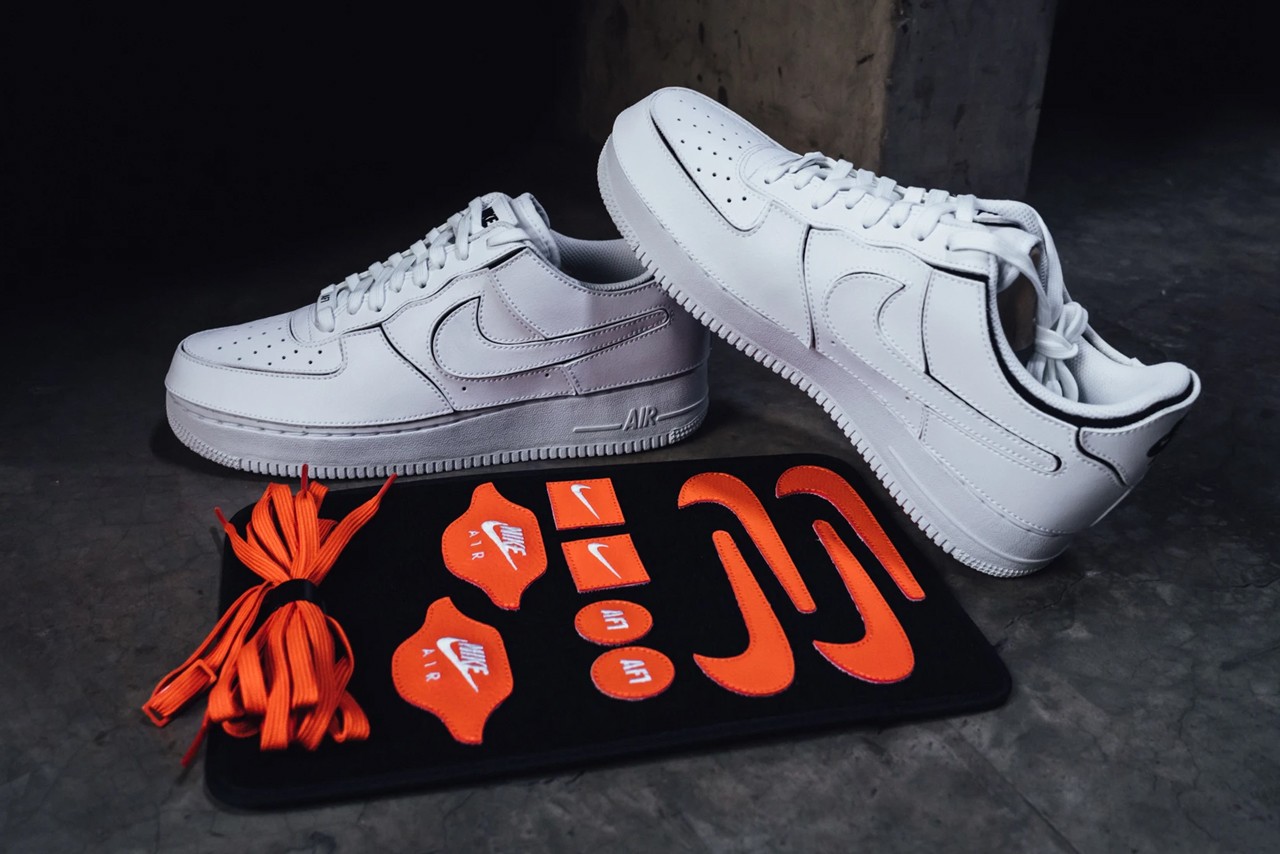 APPLE AIRTAG, THE ACCESSORY TO FIND "THE WORLD"