If you are one of those people capable of losing any object, then the AirTag is for you. Signed by Apple, it is a Bluetooth tracking device designed to help users find physical objects thanks to the “Find my” app.
Situation Type: You are leaving the house, and you wonder where the car keys are? If the AirTag were attached to those keys, everything would be more straightforward. The first step makes them emit an acoustic signal from the speaker integrated into the device. Even just saying, “Hey Siri, find me the keys”. The second step is guided by the “Precise Location” function on your iPhone to the exact point where it is. Thanks to Ultra Wideband technology, you will see the direction to follow and the actual distance. 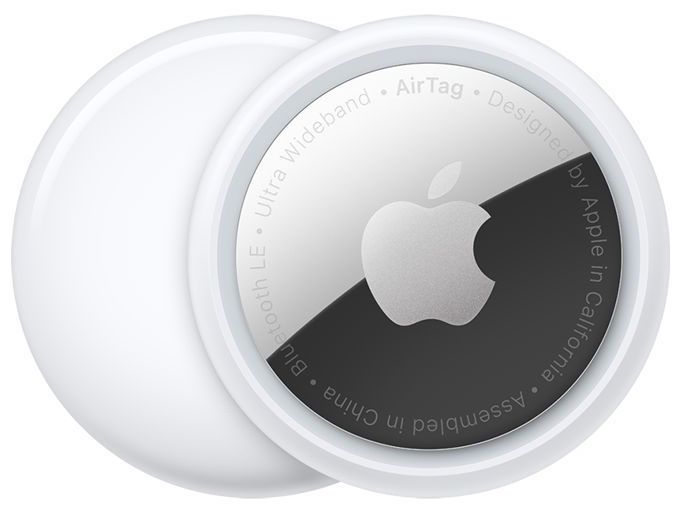 And if you left something in a distant place, for example, in the park or the gym? You can still locate your AirTag using the Where is network. It is made up of hundreds of millions of iPhones, iPads, and Macs worldwide, but despite this, it is a system designed to keep your privacy safe. What happens in these cases? Your AirTag sends a secure Bluetooth signal that devices can detect on the Where is the nearest network. These devices send the position of the AirTag to the iCloud: when you open the Where is app, you will see it on the map. The whole operation takes place anonymously and encrypted to protect your privacy. And it’s super-efficient, too, so you don’t have to worry about running out of battery or running out of data.
How it activates. AirTag is activated with the same elementary initial setting mode of the AirPods: bring AirTag close to the iPhone and connect. You can then assign each AirTag an object and give it a default name such as “Keys” or “Jacket”, or provide a custom name of your choice. AirTag works automatically with the new iPhone12 and iPhone 12 Mini purple just launched by Apple (it does not change anything from the previous models, only the color changes). Even with older iPhone models (up to iPhone 6), as long as you download the iOS 14.5 operating system, which is released on April 30 as a free update. 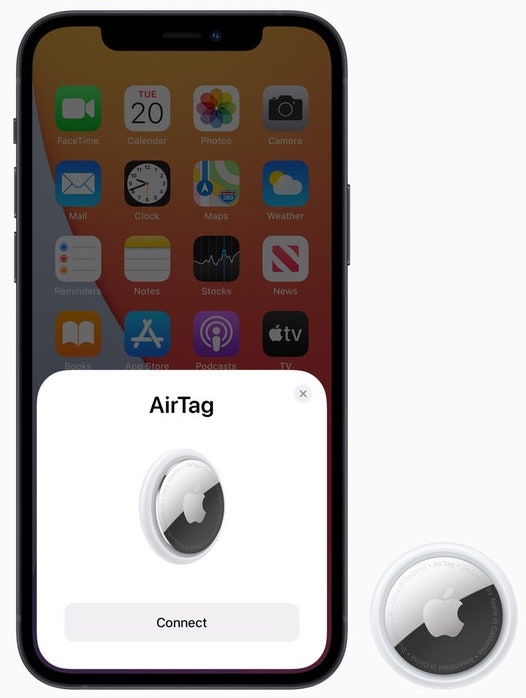 As also happened with the Airpods, the world of luxury did not miss the opportunity, creating a series of accessories compatible with the AirTag. This time it was Hermès’ turn. He has created Key Ring and Luggage Tag with a price range ranging from € 299 to € 449 for Bleu Indigo, Orange, and Fauve. It is not the first time that the French fashion house has collaborated with Apple, only last year an unprecedented version of the Apple Watch renamed Hermès Attelage was presented.
Prev
Next
The Apple AirTag will be available for pre-order starting at 2 pm on April 23. It will be available in single or four packs, for € 35 and € 119 respectively. You can find it in Apple Stores and Apple Authorized Resellers from Friday April 30. In addition to the device, you can also find leather key rings or laces to tie it to your most precious objects in various colors: leather, (PRODUCT) RED, and Baltic Blue and in the case of the lanyard, also White, Deep Navy, Sunflower Yellow, and Electric Orange.
Share this
Tags:

THE AIR FORCE 1 THAT CHANGE COLOR IN THE SUN