Nike and Stüssy continue to be talked about. For the new 2021 winter season, the duo decided to create a capsule of sustainability and creativity. Also aware that the mania of customizing the canvas with tie-dye dyes is depopulating on social media, and the latter will be the focus of the initiative.

The collaboration’s central part is given by the arrival of five new limited editions Stüssy x Nike Air Force 1. The uppers are made of hemp and hand-dyed in colorway representing the Stüssy World Tour’s corresponding cities. All sneakers have been hand-dyed in California by Lookout & Wonderland. This company has used plant-based dyes obtained through ethical crops and have also been chosen based on the selected plants’ phytotherapeutic properties. The final result gave each model it’s own unique finishing. A technique already used last year by the Fred Perry brand. The collection, consisting of only three items, was hand-dyed, and therefore, it is impossible to find a piece like the other. 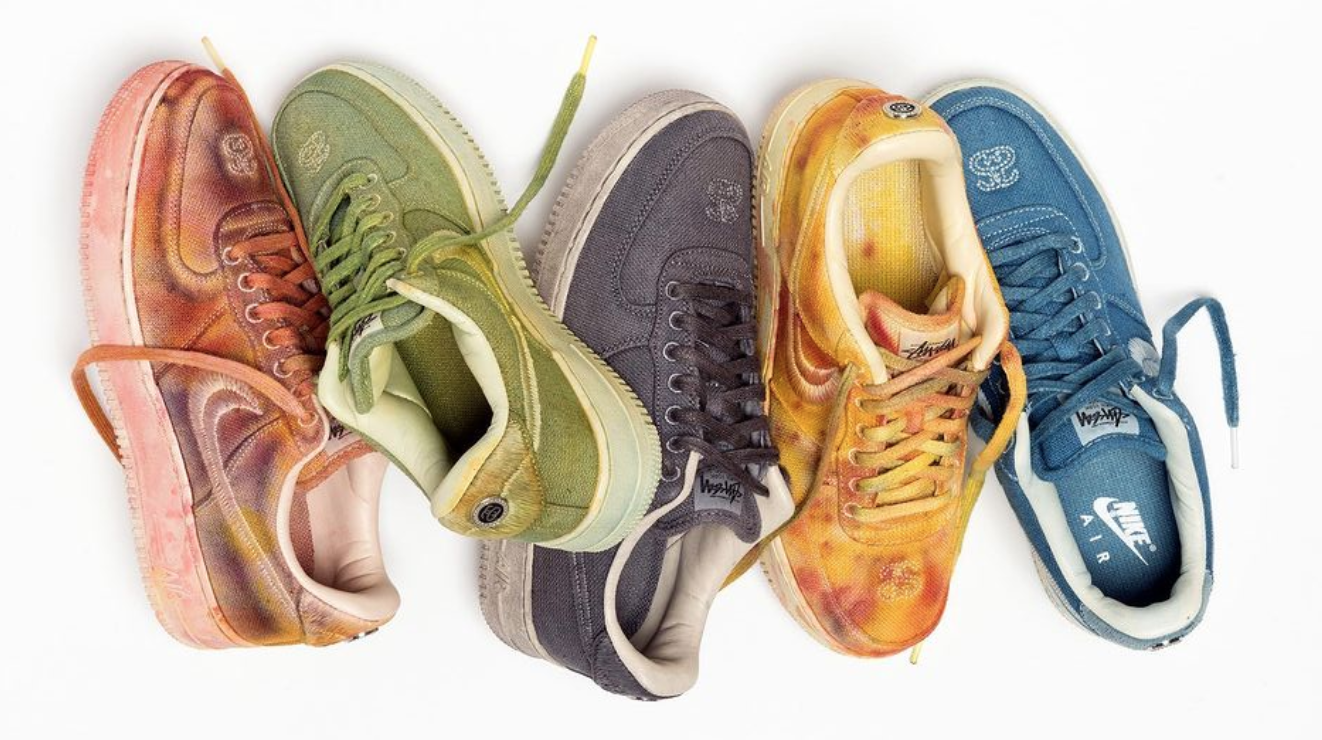 Following the same perspective, the two brands have also added a selection of clothing items to their footwear with, more or less, the same peculiarities. We have a thermal apparel set consisting of a hoodie, pants, and skirt, all in ripstop nylon made of 75% recycled materials, including carpets and fishing nets, padded with a recycled polyester named Thermore EcoDown. This compared to traditional duvets, it is both insulating, water repellent, and windproof. The double branding that decorates the garments is also combined with a green dye, while a series of details such as clip buttons and adjustable hems accentuate the utility aspect.

The entire line will be released in minimal quantities on January 29 in Chapter Stores, online, and at Dover Street Markets.

A SWING TO "BREAK DOWN" A WALL