That Anna Wintour’s words about a return to the purchase of luxury products become reality? It could be, and the confirmation comes from the leading search engine of the fashion world. If Lyst’s quarterly report crowned Nike as the brand of the moment for sales in the spring of last year, the statement for the first three months of 2021 speaks of a predictable and expected spin in the trend. The new report suggests a decline in pandemic activewear and a rise in outdoor clothing.
In the women’s world, if heels had fallen by 71% in the second quarter of 2020, they are now flying with research increases of 222% and 163%. The best-selling products from January until the end of March do not even contain an activewear item. Indeed, many of the products are specific for the outdoors: from The North Face x Gucci parka to Bottega Veneta boots; from Prada bags to the same brand headbands; from mini-dresses, in this case in the version signed by Nensi Dojaka, to the fluo mules of The Attico.
In the world of women, there is also a return to a more conscious consumerism. The presence of secondhand statement pieces, such as the Hermès Kelly bag and the 40 mm Rolex Submariner, traditionally marketed by men, are proof of this. The garment purchase is planned as a real investment, with a consequent increase in resell and secondhand trade. The demand for used Hermès bags increased by 430%. Pre-owned luxury watches were in need throughout the quarter, resulting in a 47% increase in searches.
Prev
Next
In the male world, almost half of the products are sneakers. The new Yeezy 450 tops the list, including the Nike Dunk Low (hugely popular on Instagram). In the eighth position, we find the Solomons, who speak instead of the strength of gorpcore. The other half of the list is occupied by outerwear, like Brunello Cucinelli’s denim shirt. It symbolizes “a type of ‘intermediate’ clothing developed with the gradual return to offices and social occasions.” The only accessory in third place is the Prada Bucket Hat. Closing the list are Rick Owens’ Geobasket sneakers, which were released in “pop pink” as part of the designer’s S / S ’21 collection. With Owens rarely using bright colors in his collections, much less in his cult high-top sneakers, the $ 659 footwear is quickly sold out.
Prev
Next
Even if, in some cases, more discreet, all these products describe a movement of the fashion public that goes from inside the houses to the outside. It has also been seen in the latest fashion shows, where nightclub aesthetics and music have been all the rage. Gucci was the most significant example of this. In fact, according to the report’s words, the most significant impact in this new wave of optimistic but conscious consumerism will be given by the duet of Gucci and Balenciaga. Gucci maintains its position thanks to strong demand from online shoppers and the ability to interact with it. Further excitement was generated by Ridley Scott’s upcoming film House of Gucci. 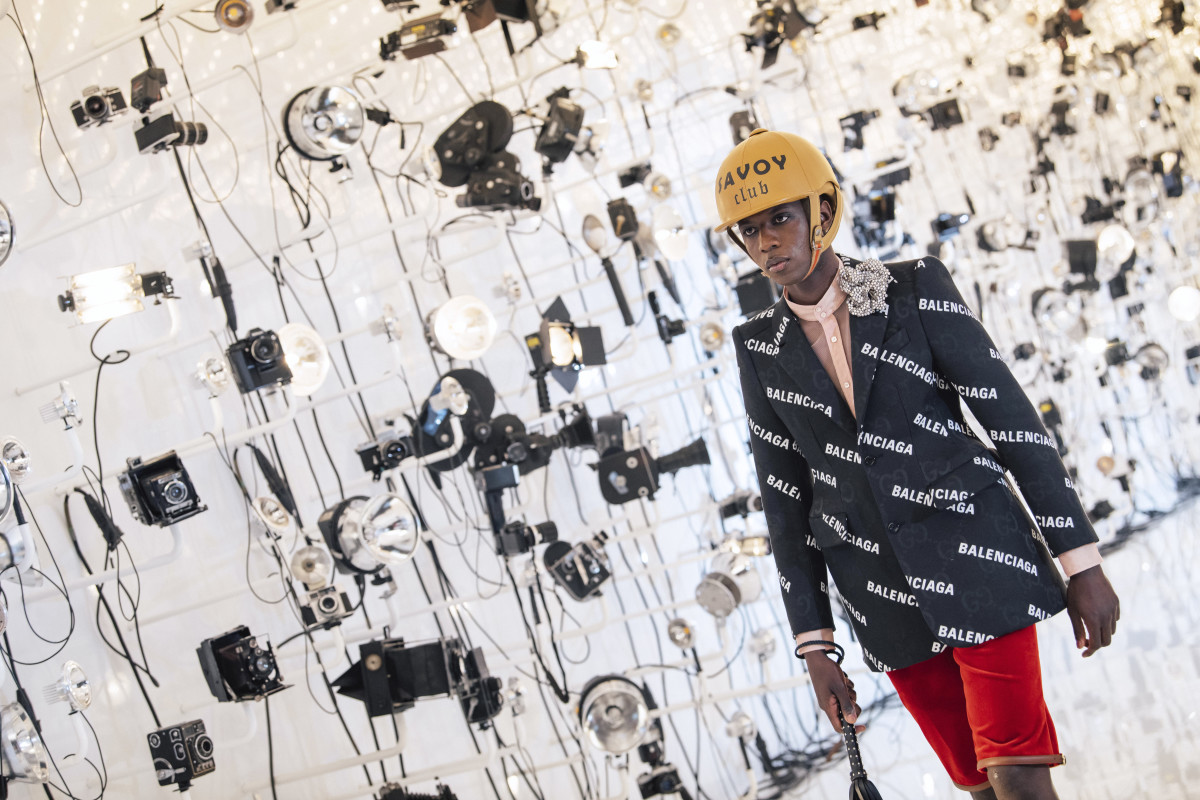 On the other hand, Nike ranks second in the first quarter, supported in part by seasonal demand for fitness clothing and important moments, such as the launch of the first slip-on shoes. The Go FlyEase has found a broad appeal and is among the trendiest products in the Lyst Index. However, Nike’s most talked-about moment came when it took a legal stand against MSCHF and rapper Lil Nas X’s unauthorized “Satan” sneakers. That episode, which ended up in all the newspapers, caused consumers to raise the demand for the purchase of Nike products.
Brands face different economic situations, caused by slow resumption of travel or territorial restrictions. But there are signs of optimism from consumers, and we hope that the sofa and the suit, now a sad symbol of lockdown depression, will soon be just a distant memory.
Share this
Tags: