The Hermès flagship store in Guangzhou is located in Taikoo Hui, a huge five-star commercial district in the middle of Guangdong province, the richest area in China. It is a brand new 500 square meter boutique with a large minimal and contemporary facade. Four months after the explosion of the Coronavirus emergency, on Saturday 11 April, on the eve of Easter, the Hermès boutique finally reopened its doors and is said to have collected 19 million renminbi in a single day, or 2.7 million dollars . 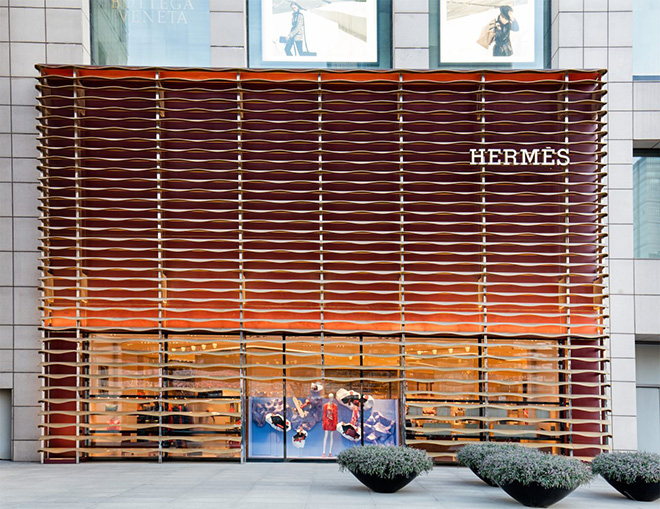 News declared on the Chinese social networks Weibo and Xiaohongshu of the best Hermès customers who say they have purchased not only fashion garments and accessories but also furniture and design pieces. In addition, among the information regarding the shipments made from the head quarter to the Chinese headquarters it is said that there were several rare models of bags including even a diamond-studded birkin.
A long awaited news, which gives a great hope of recovery for the fashion sector !