The next Apple Music Super Bowl Halftime Show will be starring Rihanna who, in anticipation of next February, has launched a collection of 17 pieces inspired by american football.

Savage x Fenty have announced that from January 8, 2023 it is possible to buy the entire “Game Day” collection which includes hoodies, sweatpants, varsity jerseys, tops, hats, beanies, boxers and bandanas with a typically American style, bearing the LVII logo to celebrate the 57th edition of the Super Bowl in 2023. Rihanna’s touch is visible in the colors of the collection named with inviting names such as Black caviar and Cookie brown, in the uniqueness of some items such as the Tee with internal graphic of the singer’s face in a football helmet which becomes visible only inside out, taking the T-shirt off  and another one with the printed phrase “Rihanna concert interrupted by a football game, weird but whatever.”; and again in the list of sensational elements of the Savage X Fenty collection there are the cotton boxers with football pattern, the tube top and many other items for both women and men. 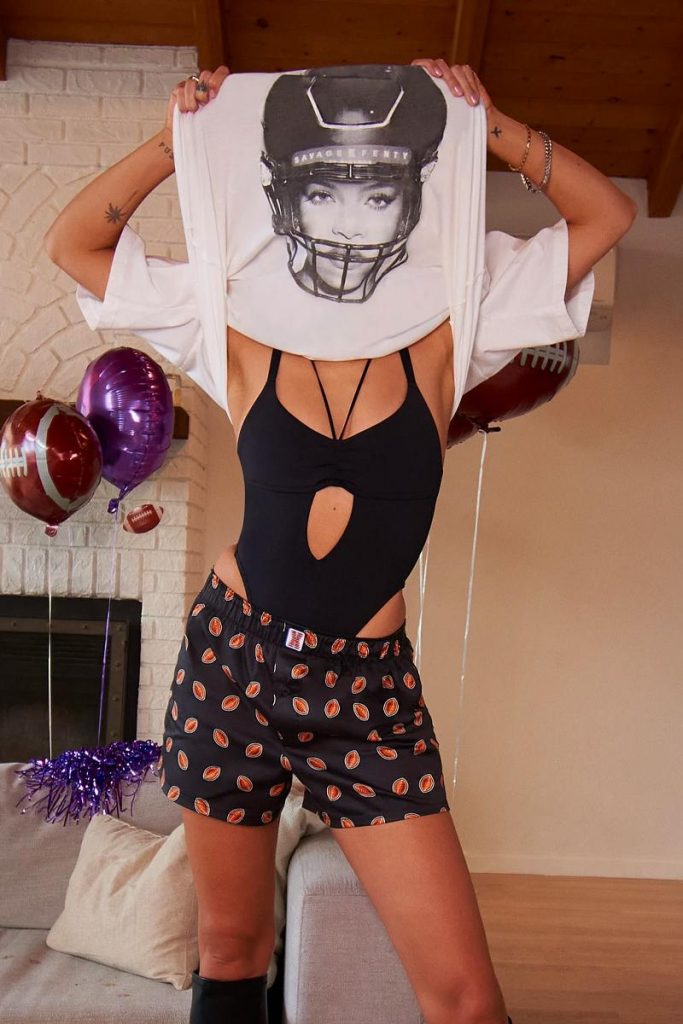 The campaign of the Game Day capsule collection shows Rihanna in a black and white outfit: crop top, with a large central X and the singer’s signature, and sweatpants, softened by the delicious cookie brown beanie.

Savage and Fenty have also planned the opening of a pop-up store in Los Angeles where it will be displayed the all-american football experience of the Super Bowl and it will be possible to purchase the collection in a completely football-themed space, but with the dominant colors of Game Day Collection, black and brown; the store will remain open from 27 to 29 January, while the limited edition capsule will remain available on the savagex.com website 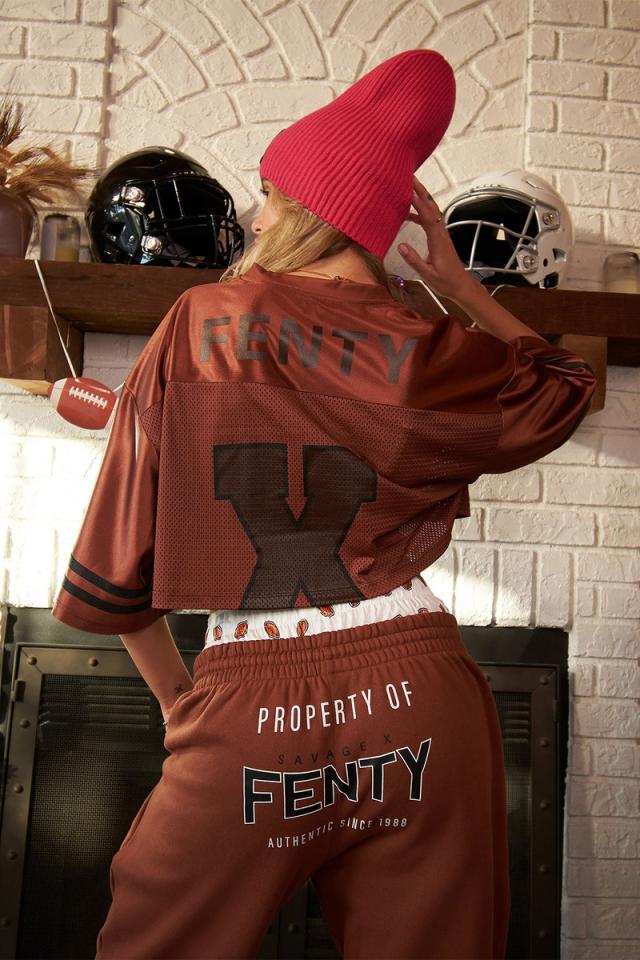 The Super Bowl and Rihanna show will be held on February 12, 2023 at State Farm Stadium in Glendale, Arizona, and so far the singer has wanted to spread little news about it, by providing only brief updates in view of the preparations for the halftime show. She recently told Entertainment Tonight that she plans to “incorporate a lot of culture” on the set of the Super Bowl event. “I want to incorporate different aspects of entertainment and things that I just enjoy and bring it to the stage,” she said. “I want to celebrate the music that I’ve made.”

So let’s face it, the SavagexFenty Game Day collection, as well as Rihanna’s upcoming performance, will make all of us true American football fans.