“In important moments, there is no turning back“: the words of Tokyo, one of the spearheads of the Professor’s team. For those unfamiliar with The Paper House robbers, they still have time to catch up on Netflix before the last season arrives. This marks the end of the adventures of the bandits in red overalls and Dali masks. Spanish crime wizards come on the streaming platform with the first five episodes of the fifth season on September 3. But the five final episodes will only be available from December 3 to the end of this serial 2021 with a flourish and an adrenaline rush. 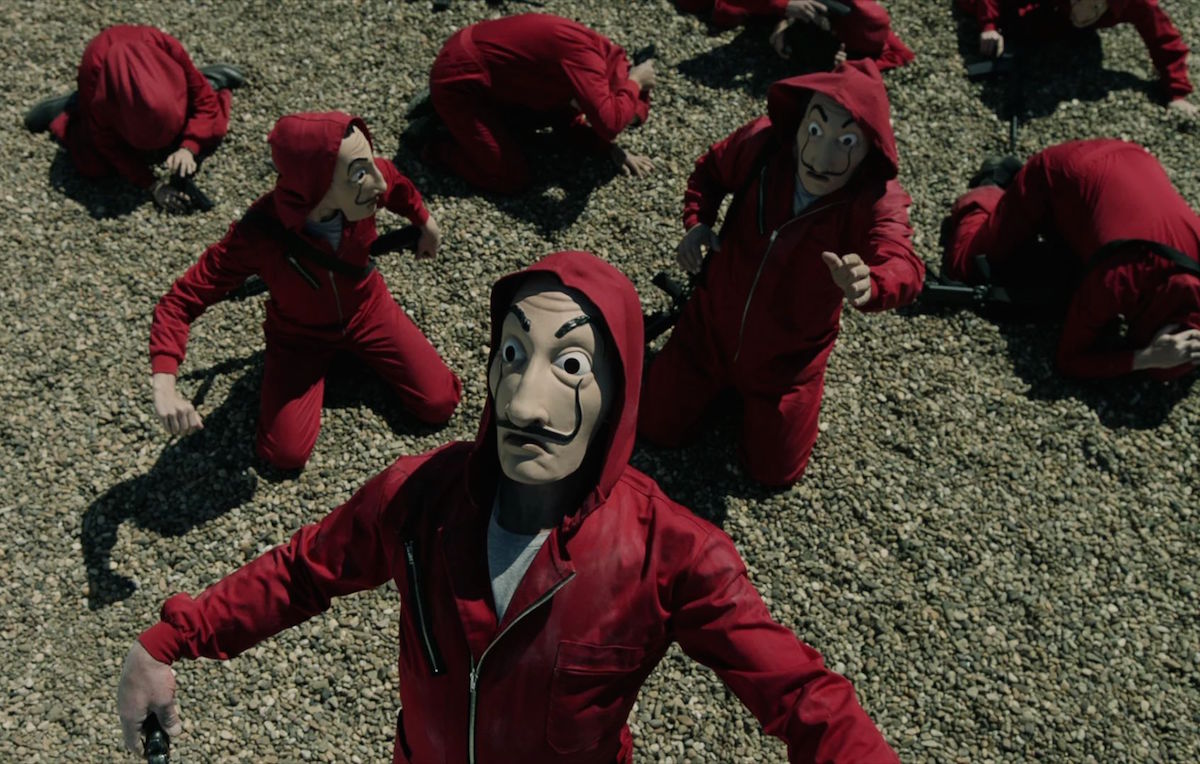 Where we left off (spoiler alert)
The end of the previous season, the fourth, of La casa di Carta ended tragically and unexpectedly. After losing one of the gang members, the tension in the Bank of Spain is very high. The main thieves have now been locked in the building for over 100 hours. Inspector Alicia Sierra tracked down the Professor (Alvaro Morte) after capturing his partner Lisbon (Itziar Ituno). The tension is very high, and the group is in disarray after the “betrayal” of Palermo (Rodrigo De la Serna). Some blame Tokyo (Ursula Corberò). They were dragged back into action to secure their then-boyfriend Rio (Miguel Herràn) and then quickly dump him (once again). The nostalgia for Berlin (Pedro Alonso) is poignant, and the chances of surviving the incursion of the Iberian army are dwindling.
The future of the series
The plot previews are nothing short of sipped, and the cast itself has its mouth sewn up so as not to spoil the surprise. Filming has just wrapped up in Spain, Portugal, and Denmark. They started last August but have been slowed down due to a health emergency. Alongside the historical faces of the faith, we find a couple of sex symbols: the beloved Miguel Angel Silvestre, the former protagonist of Sky Rojo and Sense 8, and Patrick Criado, still an unknown face here in Italy. “We’ve been thinking over a year about how to break up the band, but the ProfessorProfessor on the ropes and bring some characters into irreversible situations. The result is Part 5 of The House of Paper. The battle reaches the most extreme and wildest levels, but the season is the most exciting and epic ever“. Showrunner Alex Pina explains.
And to think that in the motherland, the story had not conquered the public at all, and the creator himself had closed the circle with the end of the first season, only to be offered on a silver platter an excellent “repechage” by the platform.
Share this
Tags:

THE SKINNY JEANS AT THE END OF THE LINE? YES, IN NORTH KOREA

THE LARGEST APPLE STORE IN EUROPE IN ROME