The shutter was officially raised on May 27 from 10 in the heart of Rome. Palazzo Marignoli, a stone’s throw from Via del Corso, is thus preparing to welcome the brand new Apple retail location. The 17th Apple store in Italy and the most significant “Apple” service center in Europe. And it won’t be just a shop. Inside will take place Made in Rome, the first Today at Apple program designed for young people to explore their passions. 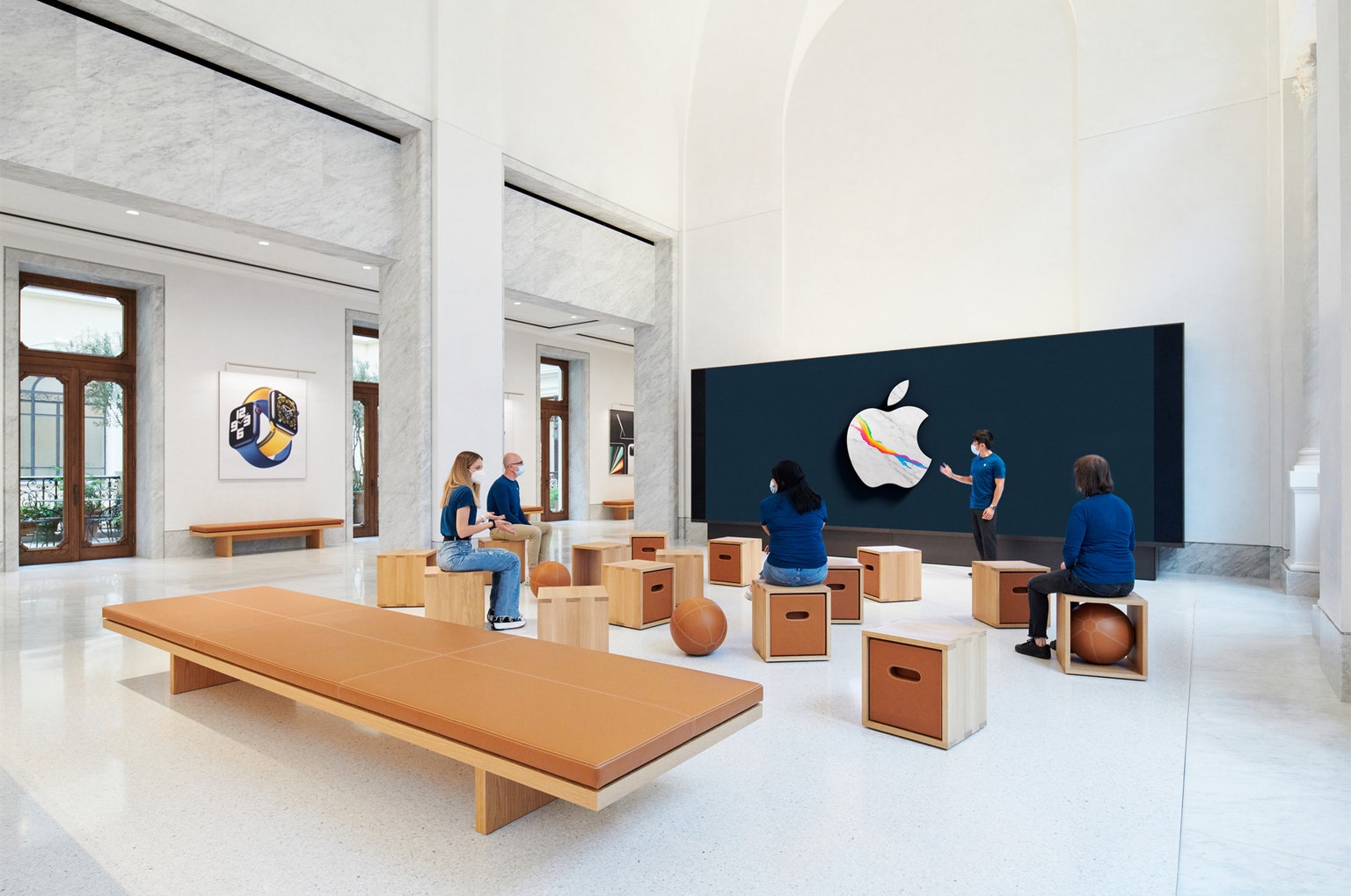 Apple has created sessions led by a group of over 40 local artists. These operate in various fields: music, art, and design, the creation of content, and videos. The aim is to support the local communities of the city over the next few months. When face-to-face sessions are resumed, the new store will also host free Today at Apple sessions. The topics will range from photography to art and design.
Via del Corso joins the 117 Apple Stores in 12 European countries and 511 in the world. The one in Rome hosts team members who speak a total of 20 languages. The store opened by adopting the same health and safety procedures currently in force in all Apple Stores: the obligation to wear a mask, temperature control, and spacing, both before entering and inside the store. It was supposed to be inaugurated in January 2020, but the delay is naturally due to the pandemic.

It was initially built in 1873 by the famous architect Salvatore Bianchi and then underwent a second renovation by the architect Giulio Podesta. Palazzo Marignoli was the residence of the Marquis Filippo Marignoli. It later hosted the Caffè Aragno, one of Rome’s most important meeting places in its day. Several works of art exhibited have been recovered from Caffe Aragno. Carefully restored, they are carefully reintegrated into the shop’s new design, including several graffiti panels created by the Italian painter Afro Basaldella in 1950.
Large glass windows overlook Via del Corso, allowing natural light to flow inside. The shop is built around an elegant courtyard with camphor trees, which is the green heart of the building. 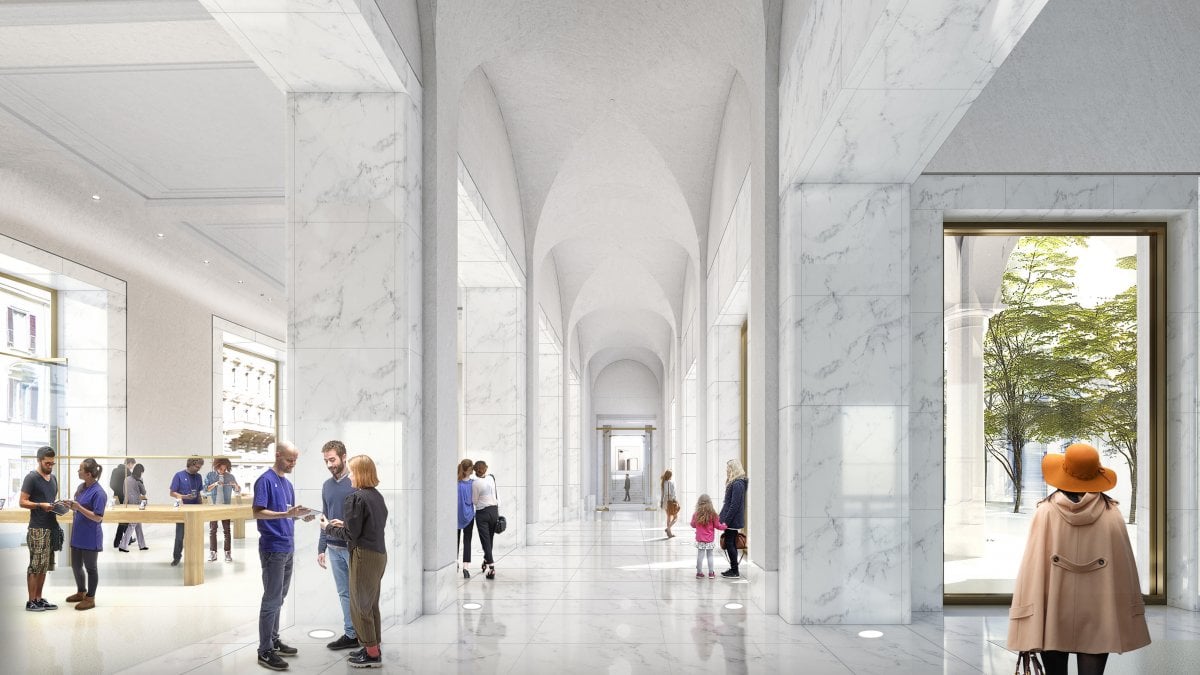 On the first floor, four doors give access to an outdoor terrace, adorned with jasmine and olive trees, which is inspired by the Roman terraces and overlooks the courtyard. The deck provides additional natural light and a view of the shop. Once inside, visitors will find a monumental staircase dating back to 1888, restored in its original details in locally sourced Carrara marble. 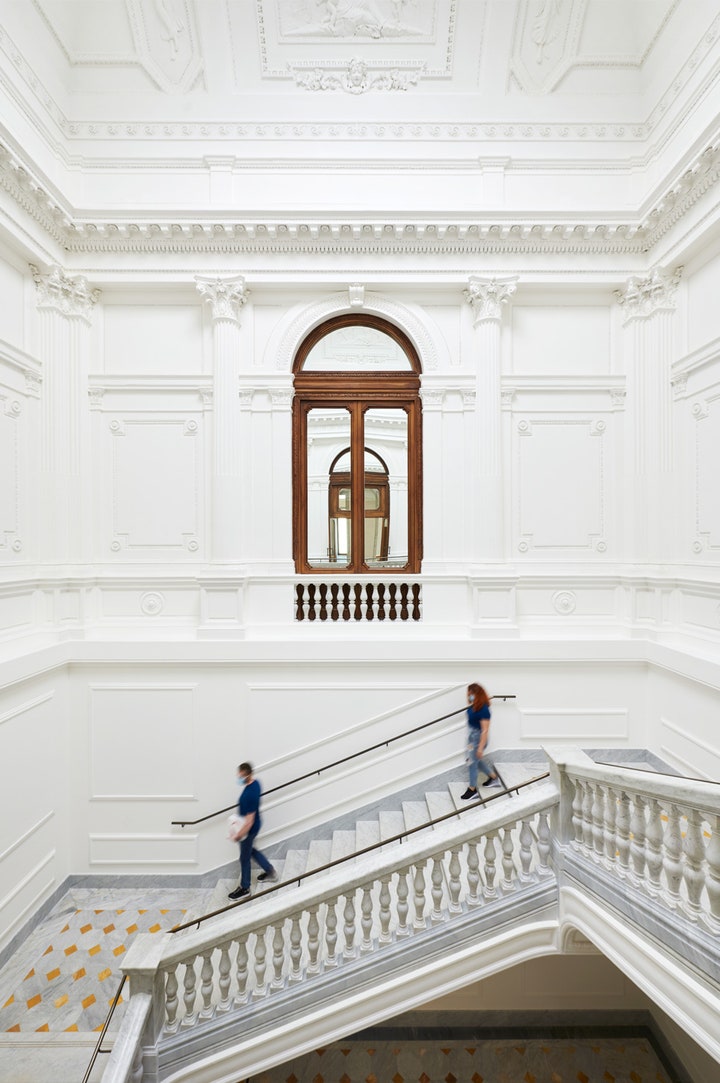 Upstairs, the Forum occupies the space that was once the ballroom of the Marquis’s palace. Today is the place to host the Today at Apple sessions. Adjacent to the Forum is a space dedicated to Apple support and the Genius Bar, where the splendid hand-painted ceiling with geometric motifs has been restored. 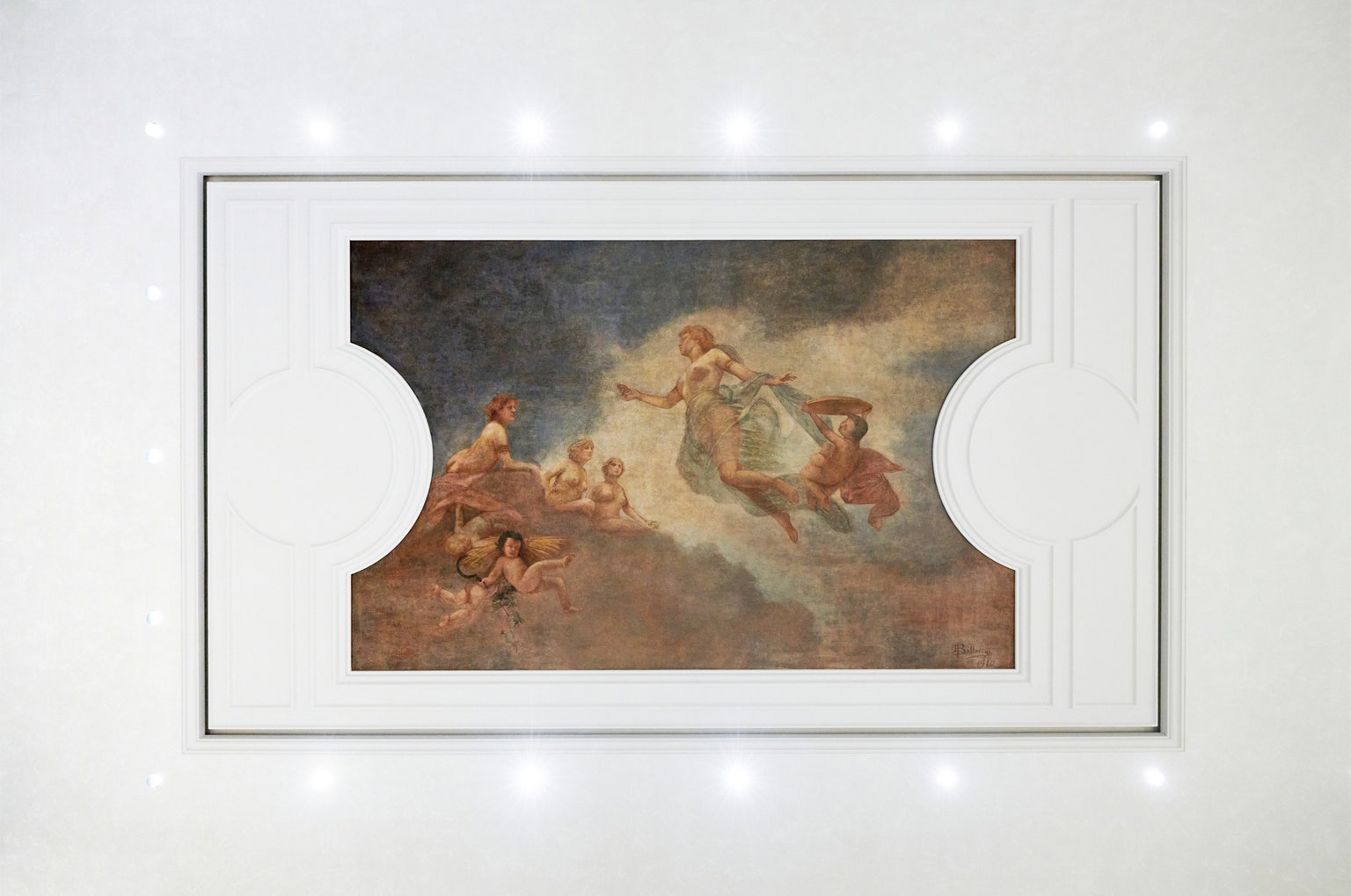 ON DECEMBER 3, "THE PAPER HOUSE" CONCLUDES