After depopulating here and there every other decade, skinny jeans seem to have reached the end of the line. It is not only the trends dictated by fashion that tell us this. In the last year, customers have been looking for an increasingly relaxed and less “forced” style. But now, a singular emanation from North Korea. We specify that we do not know precisely whether Kim Jong-Un is a fashion addicted or not, nor what his tastes are in the field of clothing, but one thing is sure. He has decided that tight pants can no longer be worn in his country. 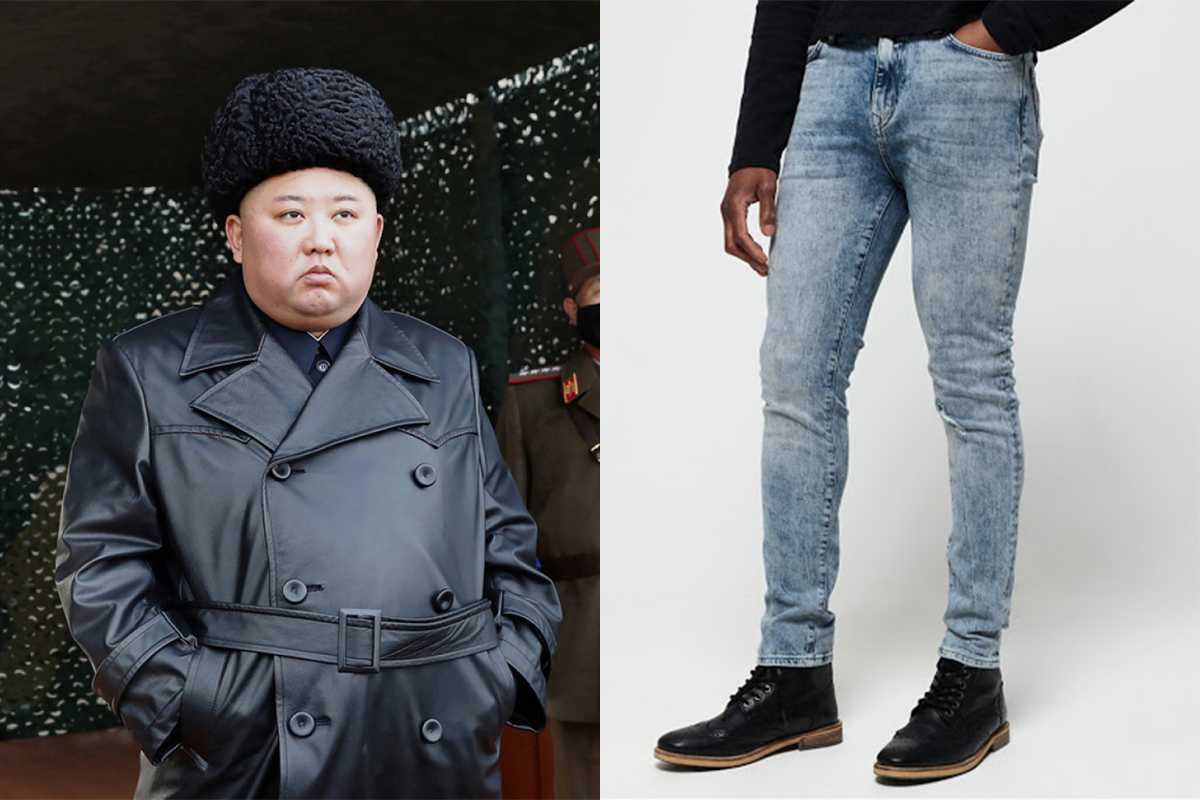 A new law that has just been promulgated bans a whole series of aesthetic elements. Besides skinny jeans or ripped jeans, piercings and mullet hair are also prohibited. A memory of the eighties. The motivation? According to the North Korean leader, these customs that do not conform to the regime would lead to a “dramatic Westernization”.
Since the seventies, this type of style has been a fundamental component in the stylistic (and not) revolution carried out by the punk movement and more generally by young people eager for rebellion. This is probably still the image imprinted in Pyongyang today, where the Workers’ Party is trying to conform to all citizens.
However, the country had already had similar restrictions. Speaking of haircuts, in fact, in 2017, a Finnish journalist revealed the existence of a concrete list of hairdressers approved by the North Korean government: 15 for men, 15 for women (you can also see them in the k-drama Crash Landing on You, available on Netflix). Because alternative haircuts are apparently “non-socialist”, and therefore not allowed, and Kim has already decreed that people spotted and found embracing such fashions will be sent to labor camps.
Share this
Tags:

ON DECEMBER 3, "THE PAPER HOUSE" CONCLUDES

SANCTUARY: THE BRAND YOU CAN’T DO WITHOUT

And now, some useful journalism. For most of us, knowing