While 1960s fashion got its inspiration from all kind of subcultures, in the 70s, fashion and style represented a whole movement. Hippies used to wear wide and long shirts, bright colours, massive flowers in their hair and ethnic clothes. This look was considered anti-fashion and a symbol of freedom. The feminist movement of the time also identified itself with long skirts, flea market clothes and mules. The youth was more politically involved than ever and styled played a key role in showing which side you were on. For example, in Italy, leather jacket, Ray Ban’s sunglasses and the classic Lacoste’s polo was the look associated with the right-wing, while the left-wing supporters preferred the Eskimo’s jacket, jeans, Clarks and cross shoulder bag made out of hemp. 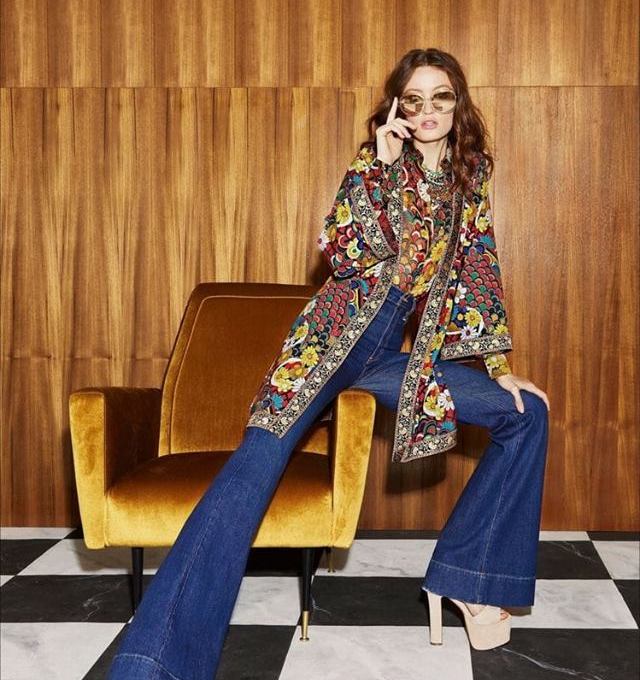 Elio Fiorucci was one of the first Italian designers that understood this kind of style. After inheriting his father’s slipper shop, in just a few years Fiorucci transformed it in a big emporium. He understood that the brand could attract a young generation and started to design his own products: two Victorian’s angels wearing sunglasses became the logo of the brand. His emporium became a meeting point where you could find anything: floral prints dresses, high wedge shoes, sweatshirts, jeans and colourful gadgets. Thanks to him elasticized material, typical of sportswear, became a fashion trend which launched the disco-dance look. 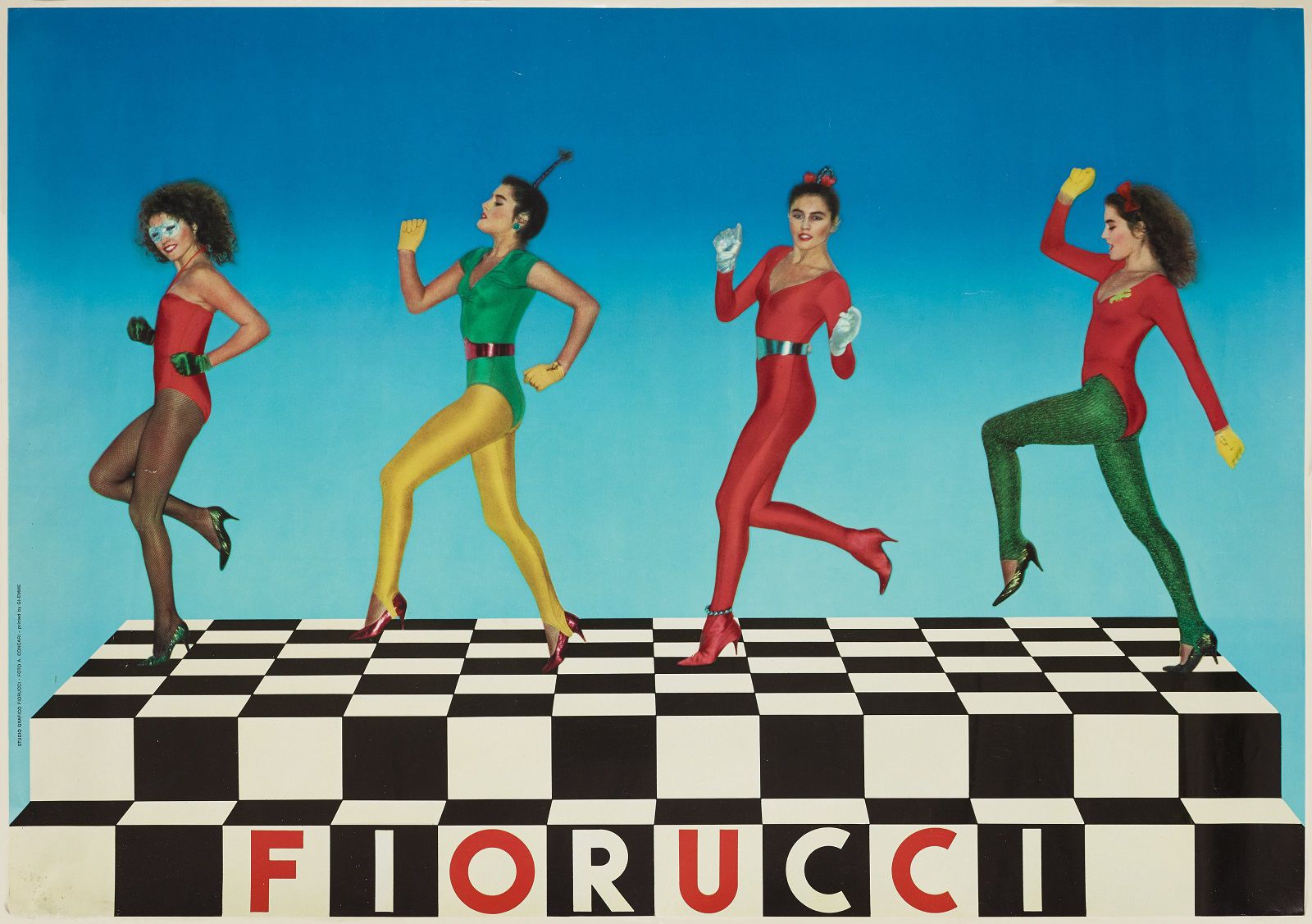 All the fashion houses of the time were losing clients. Then massive workers strike, from the 1970s until the 1975s, hit lots of industries, and many factories were forced to close. To save themselves from this crisis lots of brands decided to approach the ready-to-wear; the runways show were starting to look like the incredible “performances” that helped to sell even the most basic (but still expensive) product. 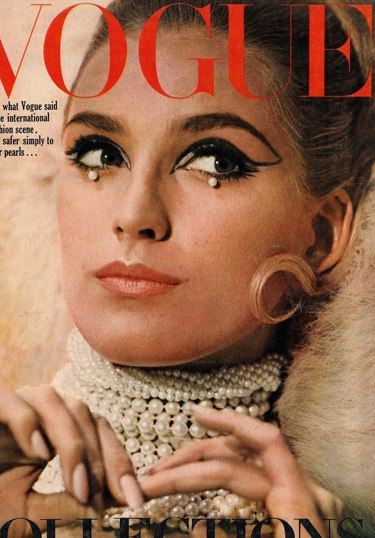 The 70s were also the years of Sonia Rykiel, which launched the knitwear trend, and the French designer was considered the queen of it. Following the feminist wave, women started to layer, shirt after shirt, berets, and legwarmers. Then, on the other side, we had one of the most popular trends of the time, the Hot Pants, super short shorts that allowed you to show off the legs. 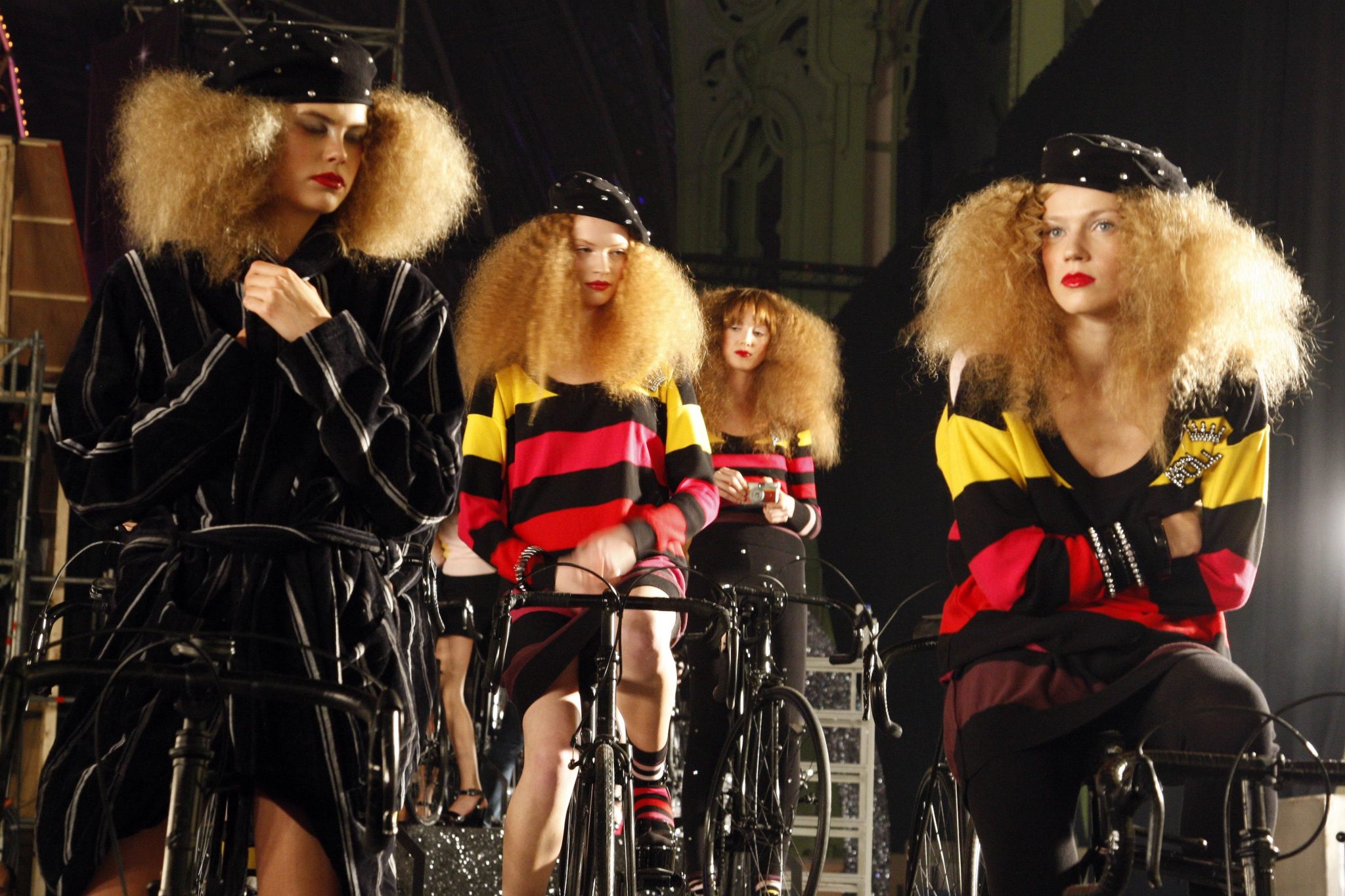 But probably, the most important designer of the time was Yves Saint Laurent. An art enthusiast and an extravagant man, he didn’t follow the trend, he created them. Saint Laurent was a true innovator of womenswear fashion, by bringing clothes typical of men’s wardrobe like the tuxedo, the trench coat and the two-piece set, and adapt them to a women’s body. 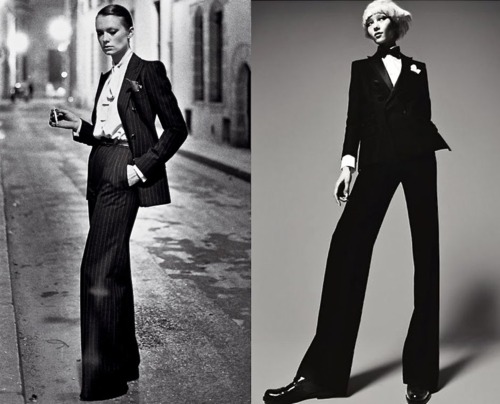 His love for art and culture inspired many collections, from pop-art to cubism (creating a collection dedicated to Picasso). During the 70s, Saint Laurent opened a fashion chain called Rive Gauche, but his style became with time more and more luxurious and theatrical.