Nike recently unveiled a new Air Force 1 Low model. These were intended to be a tribute to the eponymous Greek deity of victory that inspired the brand. However, something went tragically wrong though. The Greek handwriting on the sneaker heel tab reads “Piks” and not “Nike” in Greek capital letters. The sneaker has already sparked Twitter humor. Although in hindsight (considering that the writing is correct in the insole) the blunder may have been voluntary, just aiming at virality.

Hypothesis aside, in the age of cultural sensitivity and attention to the origins and authenticity of branding symbols and signs, writing in the wrong spelling of the Greek name that directly inspired that of the brand is a somewhat ridiculous mistake. Especially given the speed with which consumers on the web can recognize such an obvious mistake. Things would get worse if the error were deliberate. The correct capitalization would have been even more immediately legible, as @54thirtydesigns pointed out on Twitter. 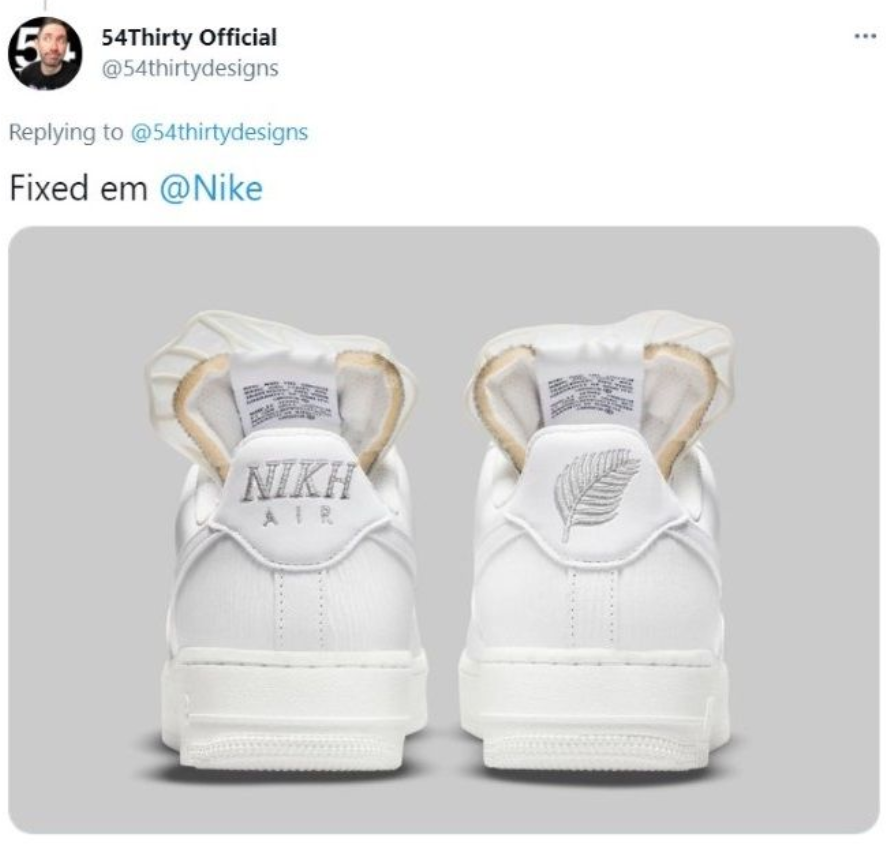