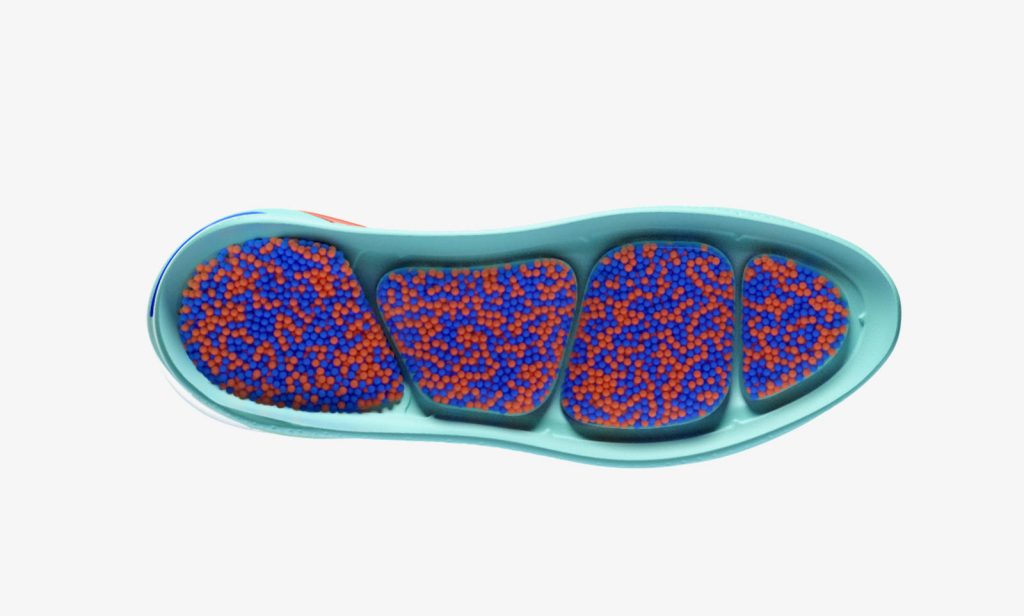 Nike has just presented the Joyride Run Flyknit a real revolution in the world of running shoes. It took years of testing and research to create a shoe that could cushion the foot during the race. Thanks to the technicians of the Nike laboratories and to the advice of the athletes the famous sneaker brand has succeeded in creating the only shoe capable of simplifying the race and regenerating the foot.
But how does this new technology work? While running the foot undergoes numerous small traumas given by the impact with the ground. Running shoes have always been designed to try to absorb shocks.

Foams, springs and air chambers have been used, but until now none of these solutions has proved to be as useful as the one created for the Joyride. In this sneaker microspheres in shock absorbing compounds have been used. What is it? The midsole was equipped with four capsules filled with thousands of small foam balls. At each step these colored spheres move according to the movement we make, thus adapting to every shape and type of foot. The cages in which the balls are contained are not connected together in this way, the levels of cushioning differ. The back of the foot needs a sole that cushions a considerable amount of bumps and for this reason the number of balls is very high. The forefoot instead must exploit the return of energy and in fact the number of spheres is clearly smaller in this cage. As far as aesthetics are concerned, the shoe has clean and soft lines. The white upper in Fliknit is soft and comfortable, on the back we find a small orange tongue. 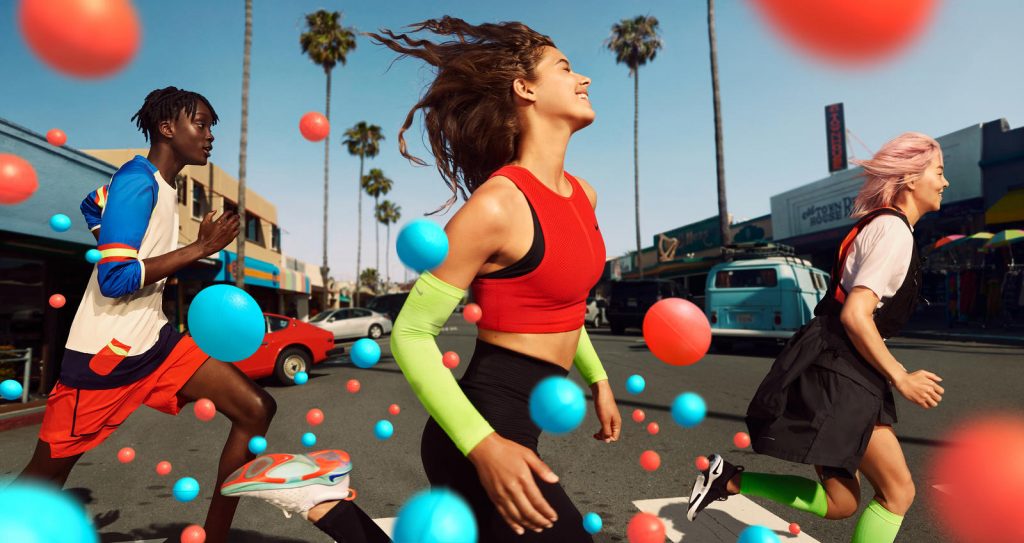 The rubber sole is aquamarine with an intense blue swoosh. The sub-base highlights the colored microspheres that can be seen through the transparent rubber capsules. Finally Nike has favored the “easy” aspect to facilitate the race not only of the athletes but also to those who face this world for the first time. The released is scheduled on 15 August.

NIKE AIR MAG Back to the Future