More than 30 years have passed since the release of one of the films that marked an entire generation. It was 1985 and in theaters it was played Back to the Future. Anyone who has lived that moment still remembers the magic he felt when looking at a similar masterpiece. Everyone has dreamed at least once of being Marty FcFly or driving the DeLorean with “Doc“. 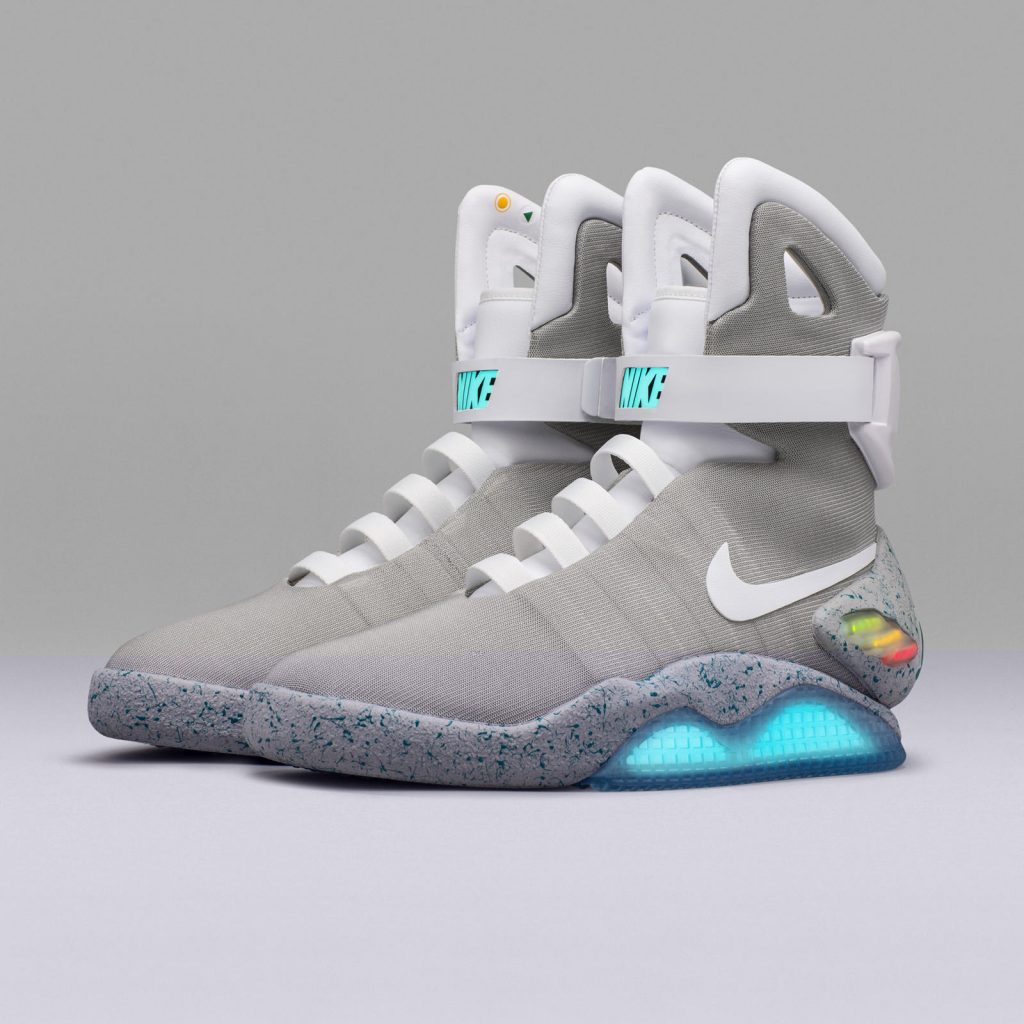 But do you remember what Marty was wearing in Back to the Future II? All of us want them. We hoped to find them packed under the Christmas tree or unwrap them on our birthday. We’re talking about Nike Air Mag of course! The scene in which Marty “ties” her is a true cinema cult. We had to wait until 2011 to be able to touch them. In fact, Nike had auctioned 1500 models whose proceeds were donated to the Michael J. Fox Foundation for research on Parkinson’s disease. But this model of Air Mag had not fully satisfied the sneaker heads because the lacing was not automatic.

It took another five years of waiting to finally get the perfect copy of the Back to the Future sneakers. In 2016 89 copies were made, 89 as the year of the film’s release. Pressing a small button positioned in the upper the laces tighten and self-adjust to ensure a perfect fit. Shoes are rechargeable. The lights under the heel make them spatial. The prices of these sneakers reached in a very short time three zeros figures. But you know … Fans are ready to do anything. Even to buy only one shoe at auction. In fact, apparently, on eBay the Air Mag are available again but only the left will be beaten.