By now Kanye West‘s Yeezy hadn’t been seen on the catwalk for a long time. The brand, the result of collaboration with Adidas and now in its eighth edition, has not been on the run since the distant appointment in the Ville Lumière in September 2017.
For season 8, Kanye brought participants to the futuristic Espace Niemeyer – home of the French Communist Party – designed by the famous architect Oscar Niemeyer.
Three types of footwear were observed on the models: a ball-shaped boot with a distinct exoskeletal equipment, a large slide reminiscent of the YEEZY plinth that was presented at the end of last year and a padded boot with a lower cut with a Duck Boot-shaped body and a notched sole. The collection focused on comfortable and effortless layered pieces such as minimalist crop top in fabric, bracelets full of pockets, puffy vests, hooded sweatshirts to swallow the face and tight sports pants. The hems were left raw or frayed, the seams were ruffled and the clothes fell over each model, giving a sense of profound disarray. Kanye West seems to have focused more on the silhouettes and volumes than on the shoes for this collection. 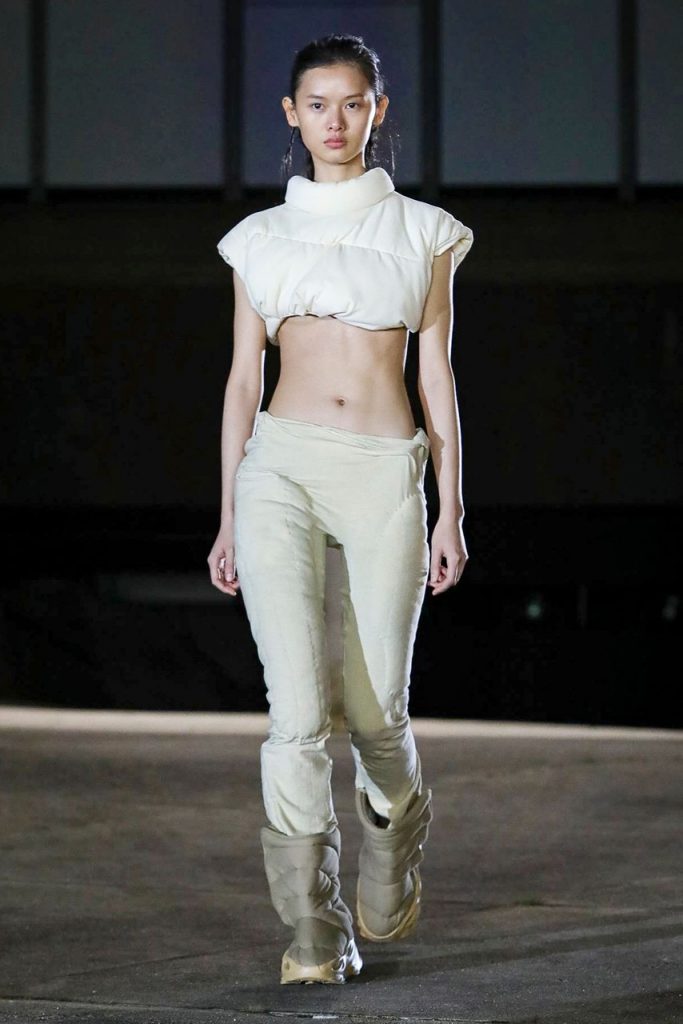 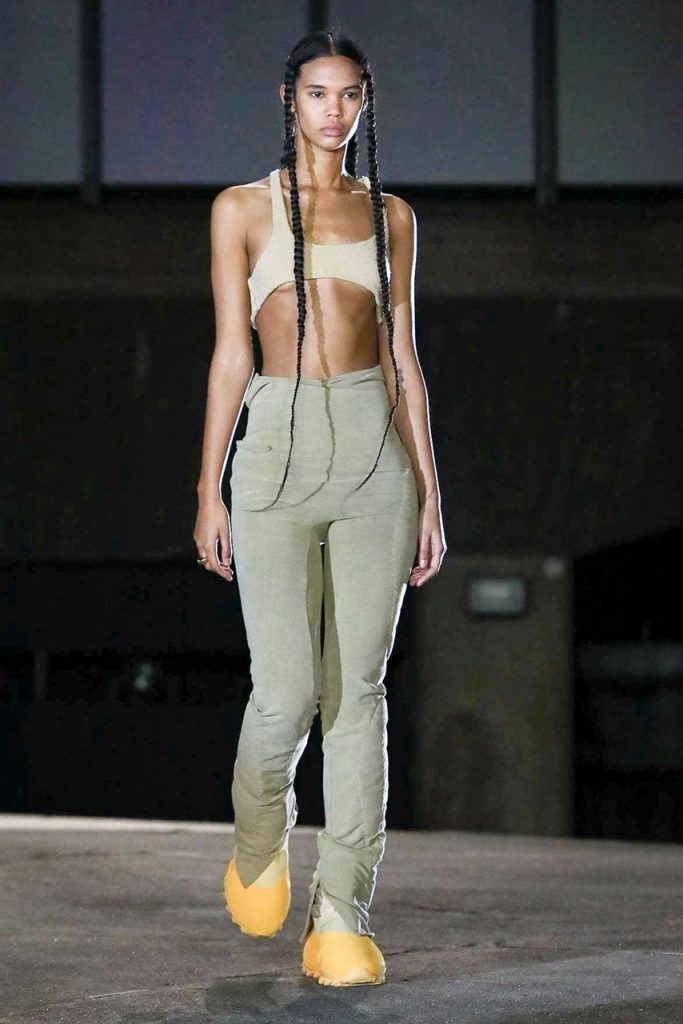 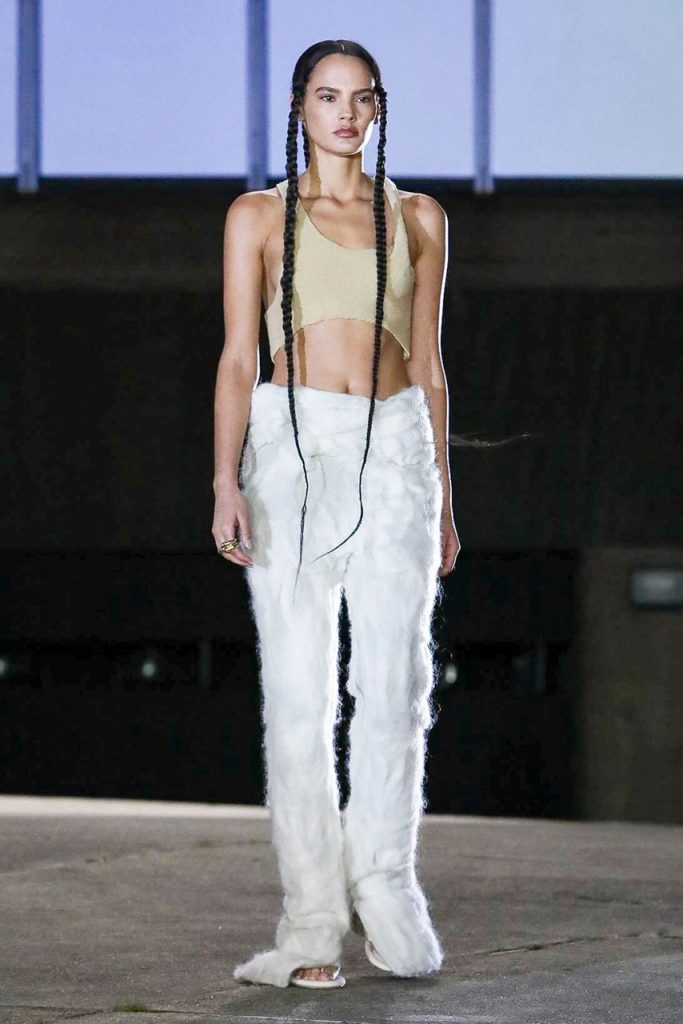 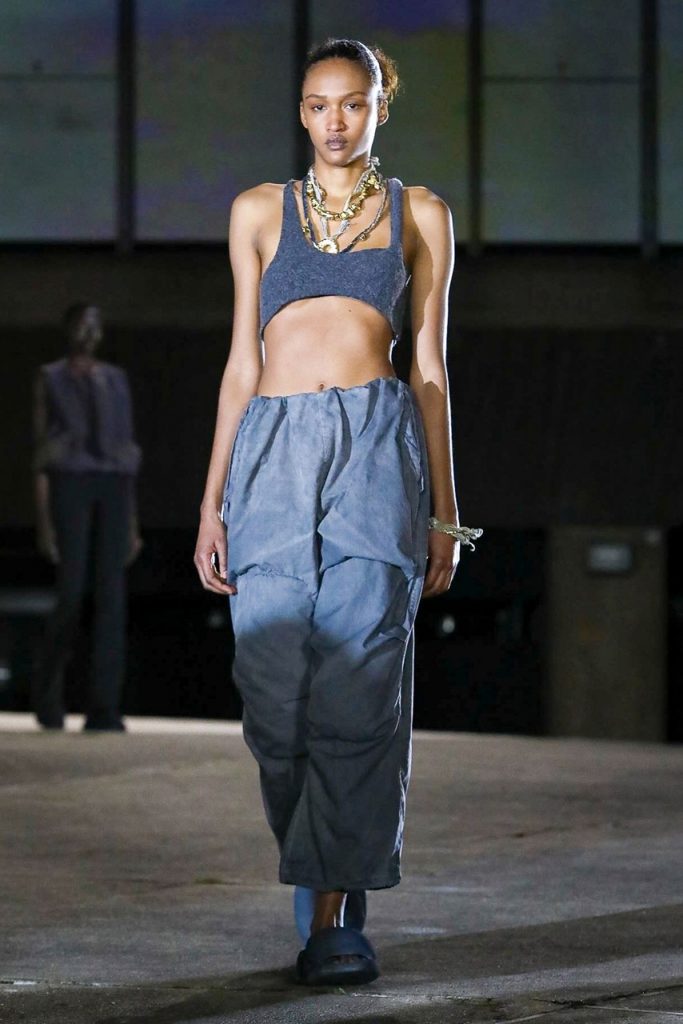 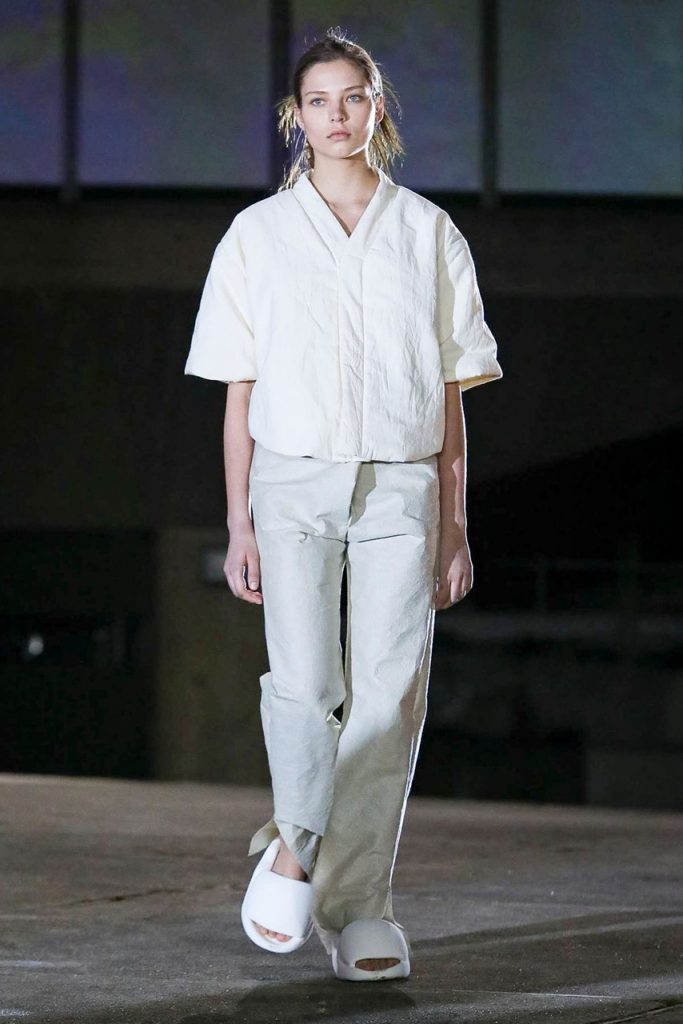 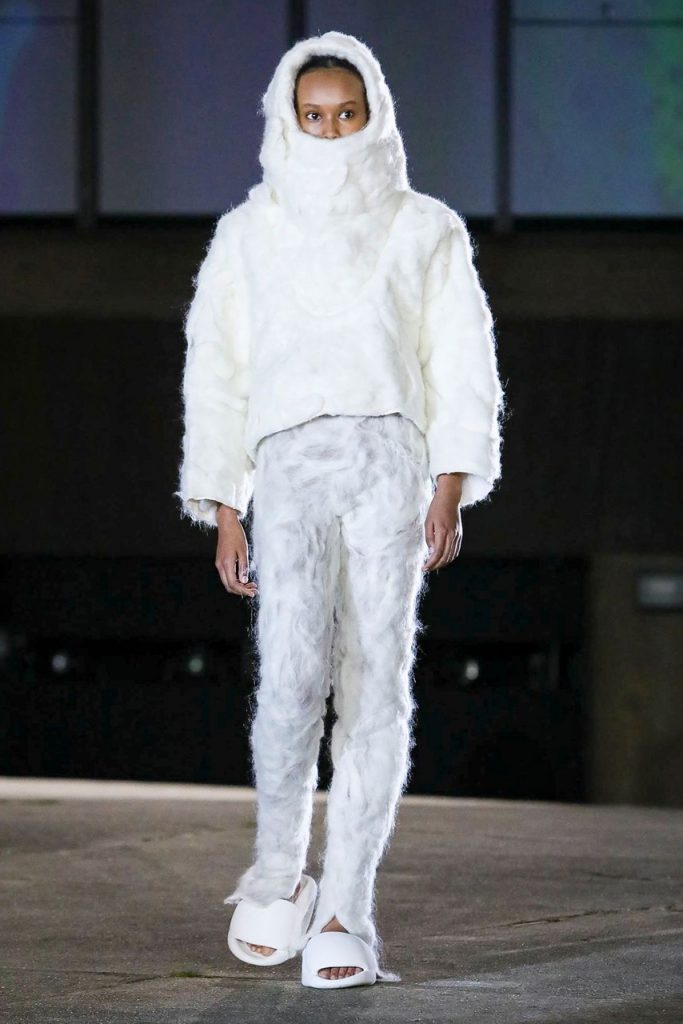 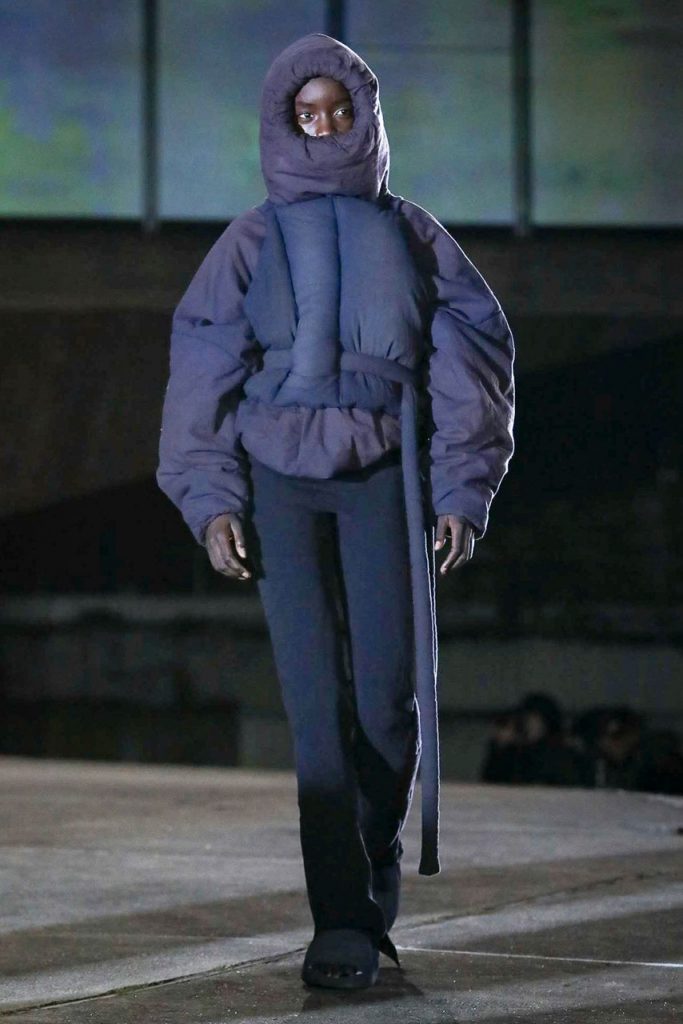 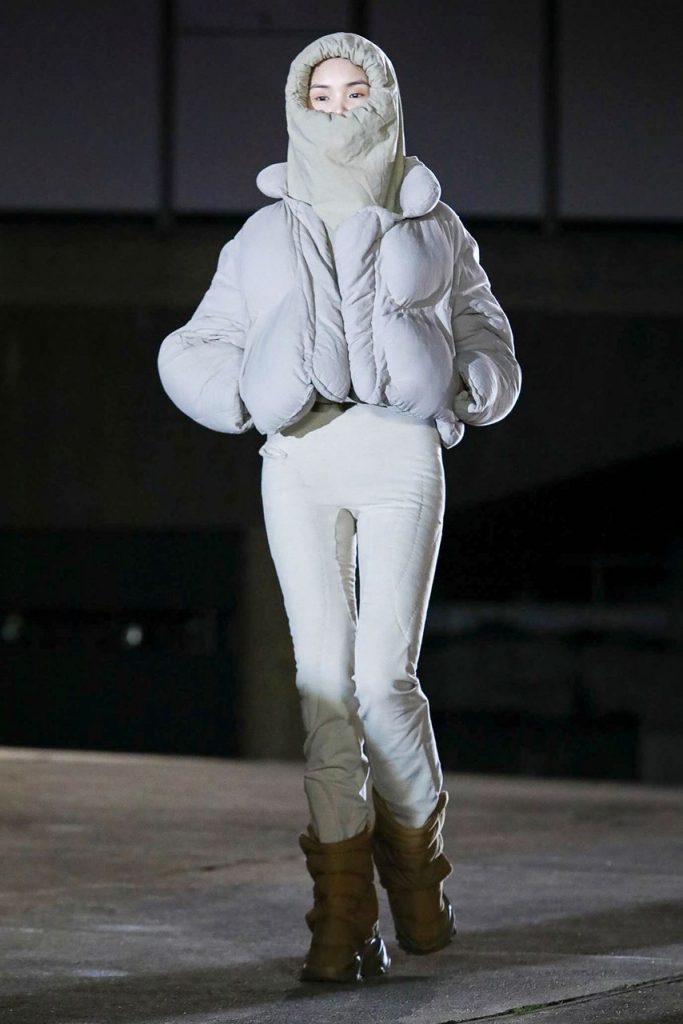 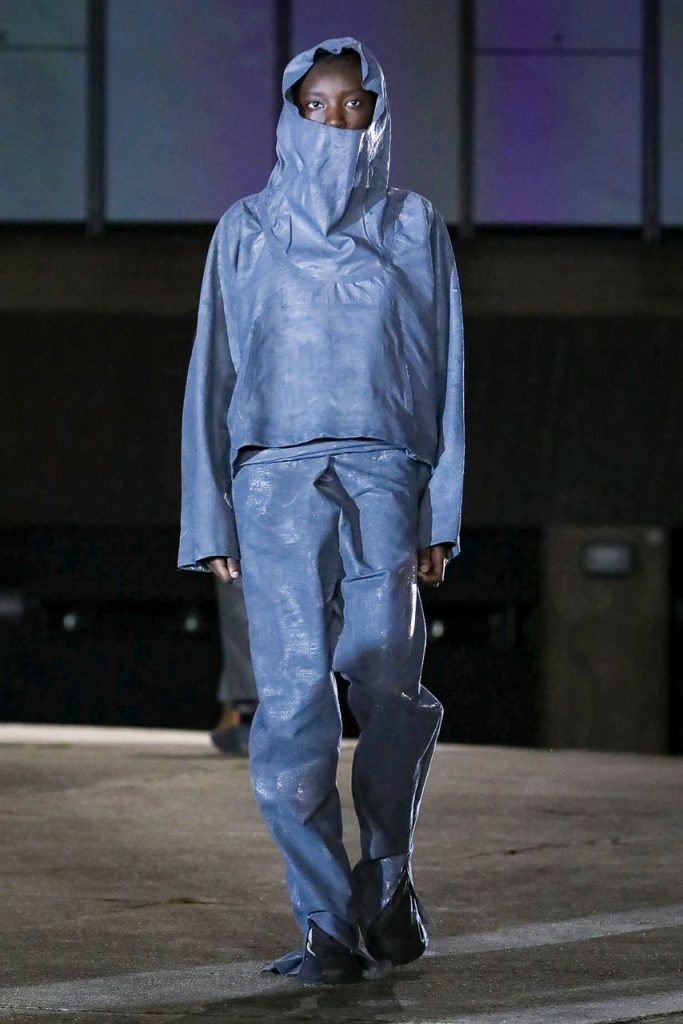 YEEZY Season 8 may or may not be published on the YEEZY Supply website later this year.
As the defile proceeded regularly, one person thought about making it special. The eldest daughter of Kim Kardashian and Kanye West, North West, seven years to go on June 15, was illuminated by the spotlights placed on the headquarters of the Communist Party in Paris for her first performance in rap. 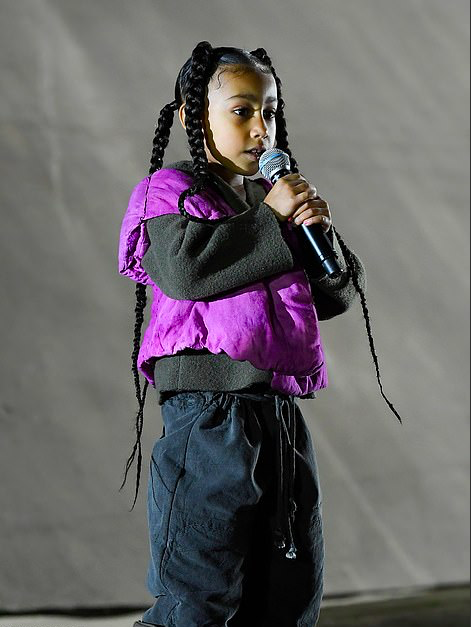 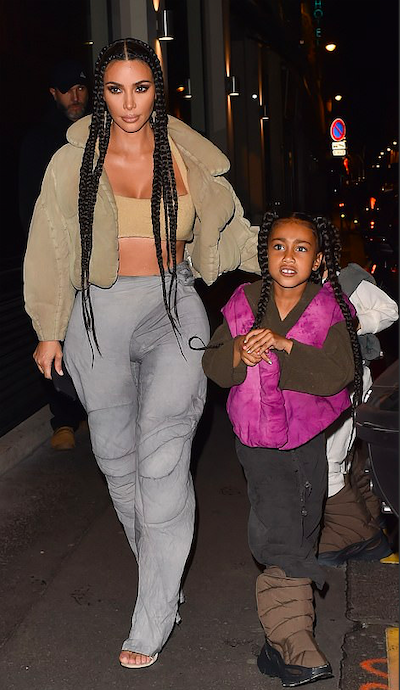 Standing out from the participants, the star of the show sported a padded purple coat, combined with wide joggers and heavy waterproof boots. The locks of the brunette were braided at the top of the head, in a hairstyle identical to that of the mother Kim Kardashian.
Share this
Tags:

WHEN THE 500 BECOMES LUXURY