Drake and British rapper Headie One released their new song Only You Freestyle at the beginning of the week which already went viral. 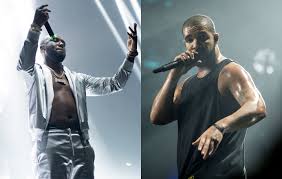 In the new track, Drake raps a couple of his lines in Arabic, that allude to an Arabic woman that complimented him on his Middle Eastern features.

“Arabic ting tells me I look like Youssef, look like Hamza/ Habibti please, ana akeed, inti wa ana ahla” he raps in the new song. In the song, Drake also mentions Gaza, but he’s referring to a neighbourhood in the Jamaican city of Portmore. Arab social media users picked up on his use of the Arabic language and some took to Twitter to celebrate while others teased his pronunciation, as well as insinuating that this was his way to impress Rihanna after the singer dated a Saudi millionaire.

But this is not the first time that Drake raps in Arabic. Fans will remember when he rapped “This is a blessing mashallah wallahi,” in the remix of “Sweeterman,” a song originally produced by Canadian-Egyptian Ramriddlz and used Arabic terms on his 2017 song “Portland” where he says “Habibi” and on the 2018 song “Diplomatic Immunity” where he says “InshAllah.”

Drake, born in Toronto on the 24th of October 1986, is an actor, rapper, songwriter and producer under Champagne Papi. His estimated net worth is 245 million dollars and we recently revealed some of his crazy obsessions here.