Venice Film Festival Critics’ Week is an autonomous session organized in parallel by The Italian Trade Union of Film Critics and is part of the festival itself. There seven competition titles plus two special events, all presented as global previews. After the announcement that the festival will still take place despite the recent events, here’s the official line-up. 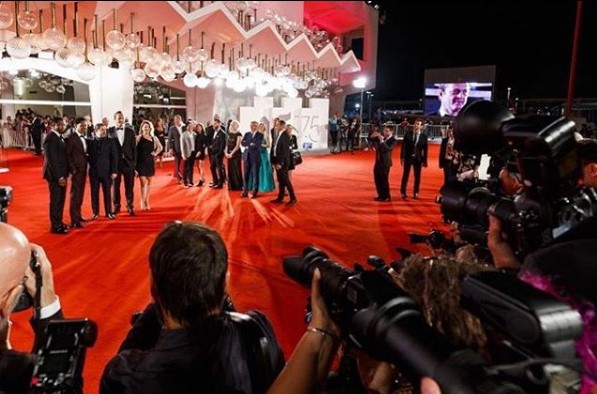 Félix, a 17-year-old boy, receives an invitation on WhatsApp: do you want to play the Blue Whale Game? The one with the 50 challenges? The one where you have to kill yourself at the end? Félix accepts. That is how he meets Elisa. They start completing the challenges together. 50 is a story of love between two suicidal teens who decide to play together till death do them part. Which is six days away.

In Istanbul, a day on the verge of a country-wide power surge unfolds with four characters – a mother whose son is in prison, a young woman committed to dancing, a female activist-artist and a cunning middle man – all in a neighbourhood undergoing a process of gentrification for the “New Turkey”. Their stories intertwine along the day up until a drug deal incident, offering a roaring tale of the contemporary generation.

Simone Segre, a renowned surgeon of Jewish origins, lives in a city in the north-east of Italy. A quiet life, an elegant apartment and no connection with his past. One day he finds himself assisting a man victim of a hit and run accident. But when he discovers a nazi tattoo on his chest, Simone abandons him to his destiny. Filled with guilt, he ends up tracing the man’s family: Marica, the eldest daughter; Marcello, a teenager plagued with racial hate; and little Paolo. The night will come when Marica knocks at Simone’s door and unknowingly asks for payback.

Four short stories are set along the roads of Donbass during the war. There are no safe spaces and no one can make sense of just what is going on. Even as they are trapped in the chaos, some manage to wield authority over others. But in this world, where tomorrow may never come, not everyone is defenceless and miserable. Even the most innocent victims may have their turn at taking charge.

The exact details of what took place while Talib Ben Hassi, 19, was in police custody remain unclear. Police officers Jens and Mike are on routine patrol in Svalegården’s ghetto when news of Talib’s death comes in over the radio, igniting uncontrollable pent-up rage in the ghetto’s youth who lust for revenge. Suddenly, the two officers find themselves in a fair game and must fight tooth and claw to find a way out.

Deep in the underbelly of New York City, a five-year-old girl and her mother have claimed the abandoned tunnels as their home. After a sudden police-mandated eviction, the pair are forced to flee aboveground into a brutal winter night.

A blue screen informs that war has begun. What will be needed? Collect the men, find guns, or maybe someone will give them. We need a location, a country where the war would take place. No problem, the Colonel is a real pro, he has caused wars to order, or on orders, on multiple occasions in different countries. Now his followers have grown up and caused a war in his country. He doesn’t want to, but he has to fight. He is old and tired of war. He wants to be at the table with a steaming pot of tasty mutton ribs and stare at an innocent TV screen with the news on, and the dressed-up news reporter announces that the war has begun.

Eva, a promising young doctor, leaves her brilliant career to study History of Medicine. Now is the time for her to call everything into question: her nature, her body, her illness, and her sealed fate. Johan Anmuth is an 18th-century Prussian physician in perpetual conflict between the rise of rationalism and ancient forms of animism. “Book of Vision” is a manuscript that sweeps these two existences up, blending them into a never-ending vortex. Nothing expires in its time. Only what you desire is real, not merely what happens.

Roberto Rossellini was a genius of cinema and a conspicuously unconventional father. His love stories have flooded the first pages of newspapers all around the world, scandalizing the rigid morality of the 1950s, and bringing to the world a numerous, proudly multi-ethnic and definitely extended family. Alessandro, the first grandson of the great director, had a shaky career as a photographer and a long past of drug addiction. As the first grandson of a genius, he doesn’t feel he is living up to his surname. So he decides to shoot his first film at 55, facing with irony the Rossellinis saga

DRAKE RAPS IN ARABIC IN HIS LATEST RELEASE "ONLY YOU FREESTYLE"