A spectacular scenography, a new face and one of the most famous fragrances in the world: Chanel chooses Oscar-winning actress Marion Cotillard as the face of the new Chanel N°5 campaign. A new chapter in the history of the legendary perfume, that this time land on the Moon, the planet usually associated with femininity. On the lunar surface, Marion Cotillard dance with the étoile Jérémie Bélingard, surrounded by a unique atmosphere.

The story begins with a mysterious aura: a woman, wrapped in a black cloak, crosses a Parisian bridge on a full moon night. Then, the scenography changes. A reflection of the moon is enough to transport the protagonist, with a glow, to the planet. From there, an intoxicating dance begins, and the couple abandons themselves completely, until, back on Earth, they realize the dream has come true.

Directed by Johan Renck, choreography curated by Ryan Heffington while the song that animates the film is by the New Zealand artist Lorde. Marion Cotillard wears a Chanel dress chosen by Virginie Viard, current Creative Director of Chanel. It is an embroidered golden lace creation, which accompanies the fluid movements of the actress during the choreography. Inspired by a dress worn by Mademoiselle Chanel, it is embellished with floral and botanical motifs, made in the historic Lesage workshop, by sixteen skilled embroiderers. 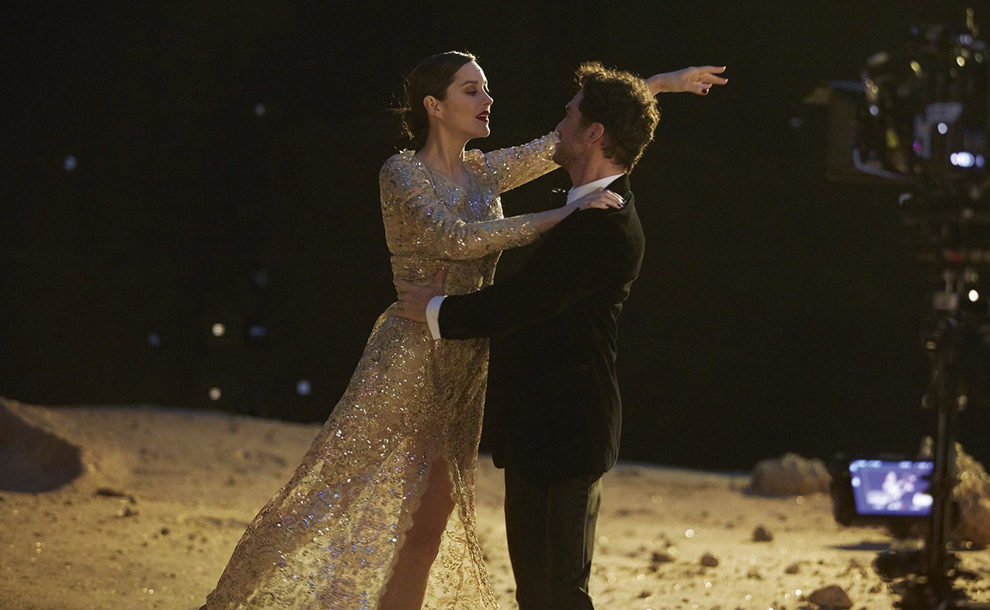 The campaign, that was released on October 29th, pays homage to the history of Chanel N°5. The woman and men accompany and support each other, with a game of seduction expressed throughout the dance. The union between the two lovers that bring them up until the moon represents the strength of a woman when they feel confident and beautiful, thanks to a fragrance that enhances it.

The boom in beauty tech shows no signs of slowing down, and