Supreme is a skateboard and apparel brand founded in New York in April 1994 by James Jebbia. The brand looks at the skateboard, hip-hop and punk rock culture, but today is closer to the young streetwear culture. Supreme not only produce clothes and accessories but also skateboards that are collected like work of arts. 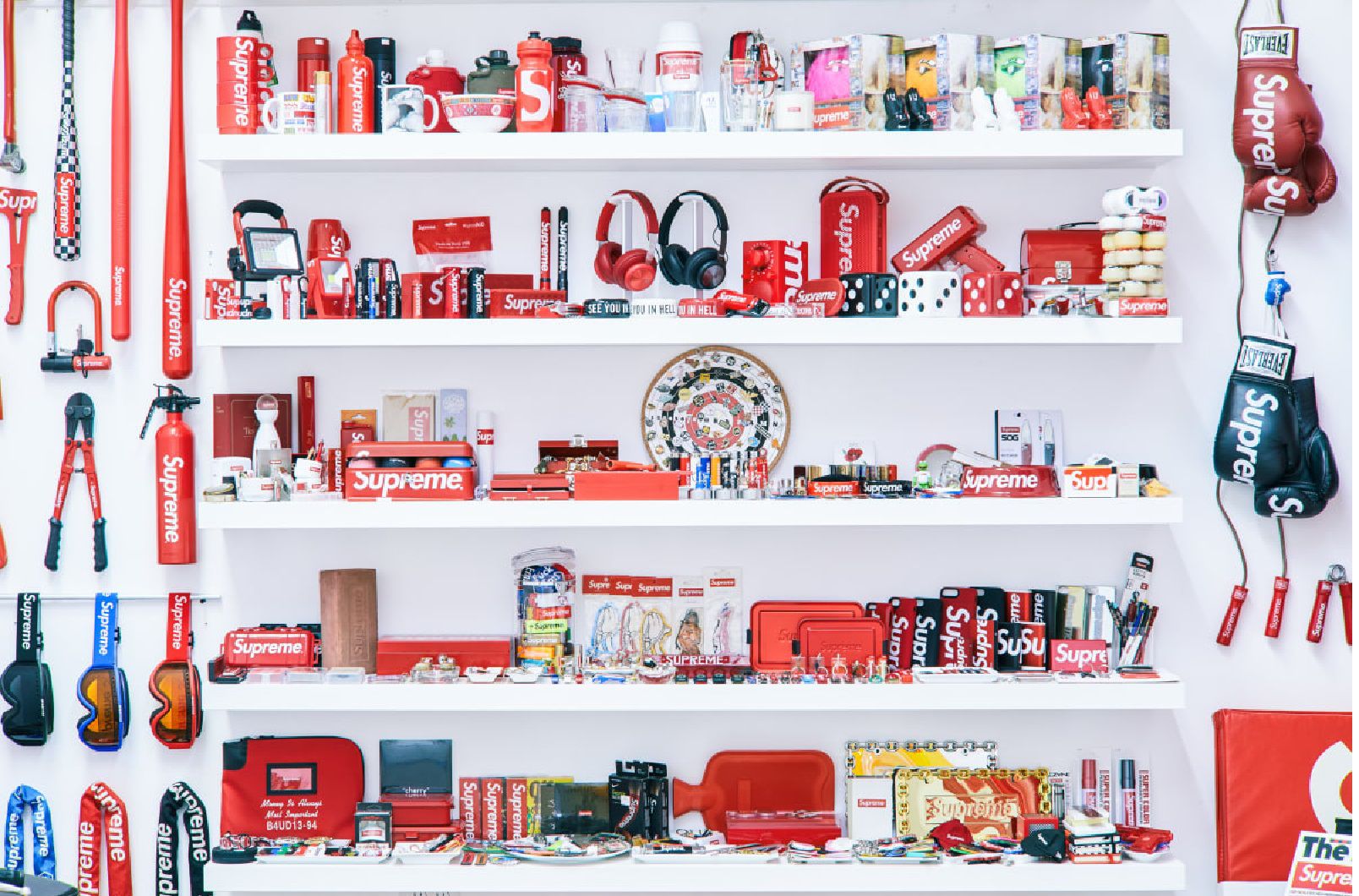 8. The font of the logo is Futura Heavy Oblique.
9. The entrance of the first Supreme Store in New York was wide enough to allow access with the skateboard.
10. The contemporary art curator Neville Wakefield helped with many Supreme collaborations, including the ones with Murakami, Christopher Wool, Richard Prince and Marilyn Minte.