​The story of the German brand Adidas, start in 1924 when Adolf Dassler, son of the shoemaker Christoph Von Wilhelm Dassler, he started producing football sneakers in his mother, Pauline, laundromat in Herzogenaurach. When in 1948, Adolf founded the brand, he combined the first letter of his name and surname. 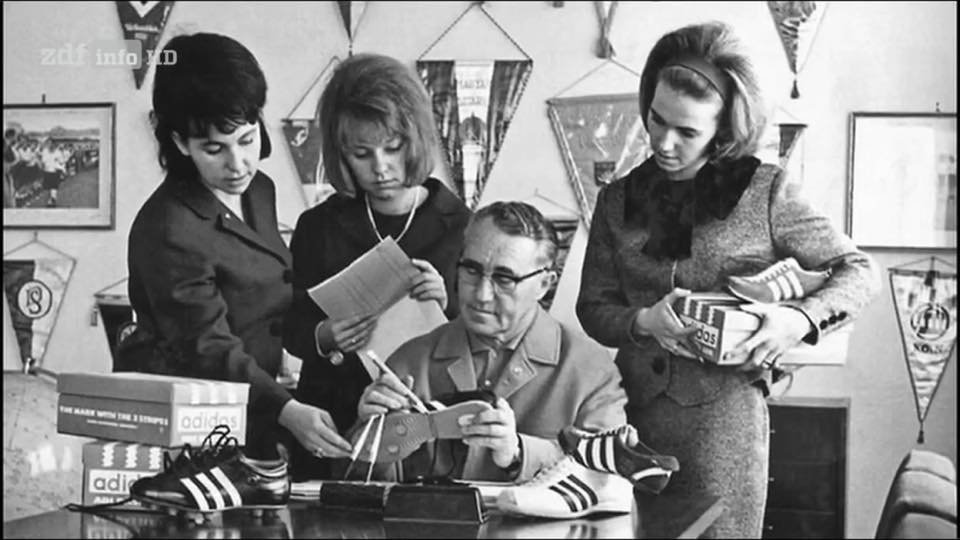 6. In 2013, the British football player David Beckham signed a lifetime deal worth $160.8 million with the brand, which was unheard of at the time.
7. The first Adidas shoes had a heel that made them more appropriate for sports fields.
8. At the 1962 Olympics in Rome, three-quarters of the athletes were wearing Adidas shoes.
9. Today the Adidas logo is composed of three parallel stripes that symbolize a mountain that the goals and challenges that we have to face every day.
10. After working together for years at the family company called Gebrüder Dassler, Adi Dassler and his older brother Rudolf began to bump heads. They split the company and its assets and, in the late 1940s, formed two separate companies: Adidas and Puma. The feud carried on for decades, up until a symbolic soccer game in 2009.

10 FACTS ABOUT THE AIR JORDAN 1