On her 60th anniversary in 2012, Pantone dedicated a fun daisy swatch to Queen Elizabeth II. Inside her was represented every color of dress she was seen wearing. Each shade had an identification number and the reference date on which it was seen. The queen’s colorful dresses are, in fact, her trademark. One of the many features that have made her image iconic. But it is not a passion. There is a particular reason behind it.
Close people know that if it depended on her, she would wear only blue dresses or sober and classic colors and models with a modern and practical cut. The gear change took place following the televised coronation, the first in history. The 20 million spectators made the royal family aware of how much the image had become an essential element to take care of. But above all, how interested people were in that very young and yet so powerful woman. And if the TV was still in black and white, the photos that came out in the newspapers were very colorful.
Prev
Next
However, the sovereign’s clothes must be decent but have a reasonable budget, out of respect for the taxpayers. Sali Hughes, the author of the book The Queen, explains it to us. Color diary of Queen Elizabeth. “Although the queen has a very luxurious and precious wardrobe, she has always had to reconcile style with the impression of remaining humble and sensitive towards his subordinates “.
The look of the sovereign has been cared for over the years by various figures. Among these were the designer Norman Hartnell until 1979 and Angela Kelly, current personal manager of the wardrobe of her Royal Majesty.
And the protocols and criteria dictated by the sense of duty are not few to respect. One of these is the length of the skirts, never above the knee, and no necklines (the dress in the photo is the lower-cut one of his life she wore it in Malta in 1951). 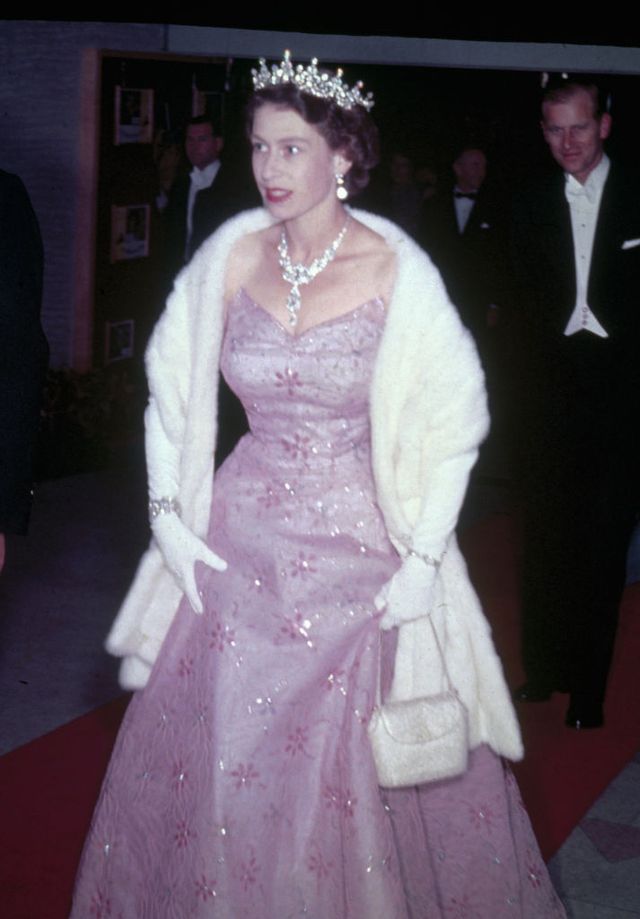 But to all these rules, we add one that the queen personally agreed with her stylists. And this rule must also be adopted by the other family women in crowded events: visibility.
Always Sali Hughes states that when the young queen became very popular, she agreed with her master of ceremonies that it was her duty to be perfectly recognizable in her crowd. This is also confirmed by Sophia of Wessex, the wife of Prince Edward, Elizabeth’s favorite daughter-in-law. “The queen wants all those people to come home and say ‘I saw her!’. Even if it was just a little piece,” the countess said in an interview for the documentary The Queen at 90.
Yet, there was a time when she even managed to beat herself. British TV broadcasts a charity show every year, the Royal Variety Performance of Birmingham, of which the queen holds patronage. In the November 29, 1999 edition, Elizabeth showed up with what was nicknamed The Arlequin Dress. The tailored creation looked like an explosion of coloring sequins.
It consisted of a floor-length skirt with bands of different shades of yellow, from lemon to gold, and a top always embroidered in sequins with pink, blue, green, orange, purple, and gold diamonds. The queen then paired silver shoes and a gold purse. Some called it the kitschest look ever seen on a queen, especially on that queen. But Queen Elizabeth’s harlequin dress perfectly reflects her goal: to be unmistakably unmistakable. 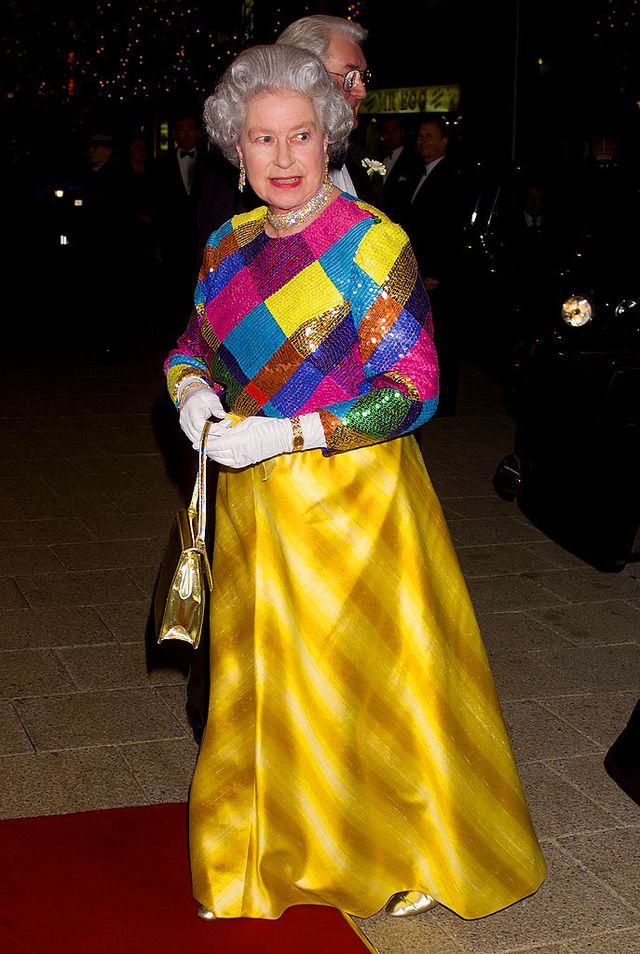 A NEW OFF-WHITE FLAGSHIP IN PARIS