Queen Elizabeth II  never steps foot outside of her house without her bag, always perfectly matched to her outfits but also it’s her way to communicate in code with her staff. It seems that the Queen uses her bag as a signal: to communicate if she’s tired, impatient, uncomfortable, throughout her many official apparitions in the UK and all over the world. For example, if she moves her bag from her right to her left arm, it means that she wants to kindly end the conversation that she’s having. And in case, during an official meal, she put it on the table, it means that she’s tired and that she wants to leave the room shortly. But if she put it on the floor it means she’s very bored. It seems that her staff can’t lose sight of the movements of the royal bag. 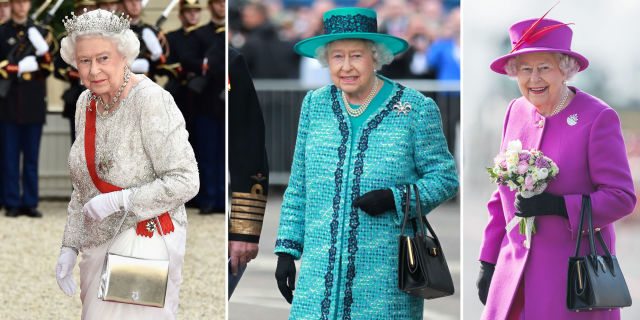 And when she travels? The queen moves around with many suitcases and doesn’t want to lose any of her bags. For this reason, she uses a system of coloured tags used by other members of the Royal Family, like Prince William and Prince Charles (red) or the Duchess of Cambridge (yellow).

WHY ARE WE SO OBSESSED BY BAGS?

For Sigmund Freud the bag, especially the women’s one, was