Not many packagings in the history of fashion are as recognizable as Hermès. With its 183 years, the French Maison has a strong identity that doesn’t need many marketing strategies or campaign. In fact, Hermès doesn’t have a marketing department but only a communication team that takes care of press and media, as well as a creative team that takes care of their campaigns. All their attention revolves around the customer experience and on the quality of their products. The first thing that communicates the quality and elegance associated with the brand is the packaging of their products: the iconic orange box with black borders.

At first, the Hermès packaging was cream, and the story behind their evolution is tied to the history of Paris and Europe. In 1942, World War II  was already started and Paris was occupied by the Nazis. The conditions of the city and the Parisians were disastrous because the war stopped trades and transportations. Even the Hermès boutique, that was already open for 105 years, managed by Emile-Maurice Hermès, finished all their packaging stocks and there was no way they could produce new ones. Their usual supplier only had in stock the boxes that no one wanted: the orange ones. Emile-Maurice added to the boxes a brown ribbon and their logo, and this is how the current Hermès packaging was born. 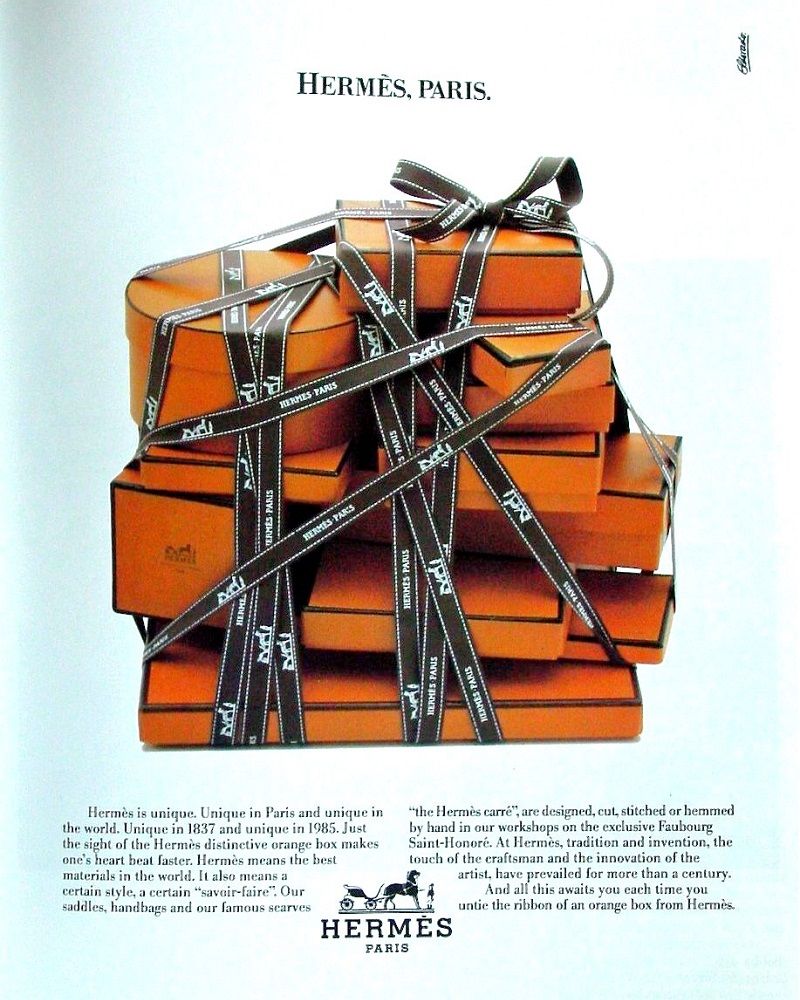 The Hermès orange changed different shades over time and stabilized after the 60s to what we know today. The constant use that brand make out of the colour made it in a truly distinctive symbol. 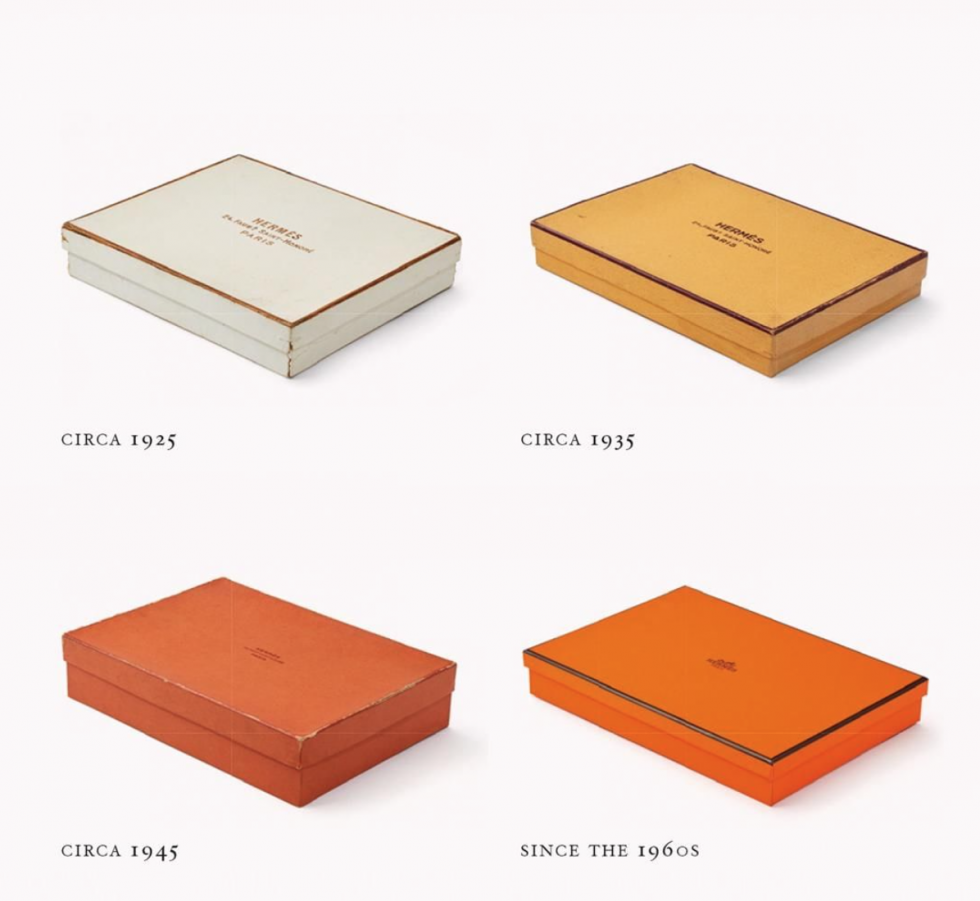 But the colour is still not part of the Pantone selection (unlike the green Tiffany and the red Valentino). Even if Hermès registered it as their colour trademark all over the world in 2005, the Europe Union Office for Intellectual Property declined to register the colour as a trademark, because according to the board members, orange is too general to be associated with a singular brand. This comes as a surprise if we think that after the easing of the lockdown measures Hermés announced a record of $2.7 million of earnings. The legal battle is not over yet.