The Birkin is one of the most sought-after bags of recent decades. The first model was designed in 1984 for Jane Birkin. The English actress sat next to Jean-Louis Dumas, president of Hermès, during a Paris-London flight. She had complained that she could not find a bag that suited her needs as a young mother. So Dumas, with his creativity and her intuition, had designed the first Birkin for her. An extensive, flexible, and spacious rectangular bag, with a smooth profile and saddle stitch stitching and, in addition, a space dedicated to the bottle. Over the years, the Hermés Birkin family has expanded with other models such as the Faubourg, the Cargo and the Shadow.
And now comes the vegetable version of the famous bag which, we tell you right away, is not for sale! Hermés Birkins, made of vegetables, is an artistic creation of the American designer Ben Denzer. Denzer created these amazing bags using real asparagus, kale leaves, and cucumber slices. The French fashion house has shared photos of Birkins made entirely from vegetables on their Instagram account. The real pity is that these three small works of art, after a few days of storage (imagine in the fridge), are destined to perish!

A graphic designer from Kansas, Ben Denzer studied architecture and visual arts at Princeton before working as a book cover designer with the Penguin Art Group. He is known for being the curator of the Ice Cream Books conceptual art project, where he combines classic novels and contemporary titles with tempting ice creams.
Buying a Hermès bag is very difficult. It is not enough to have the money. There are waiting lists and booking systems. In short, Hermès is the “exclusive” bag par excellence. This is why it has become the protagonist of many more or less provocative artistic creations. How can we forget when she transformed into a pair of Birkenstock sandals. In that case, the French company was not directly involved. In the case of the “vegetal” works of the artist Denzer, on the other hand, there was the approval of Hermès. The company, in posting the photos on his profile, wrote: “Enjoy the detour, while the classic Hermès bag inspires good eating art “. 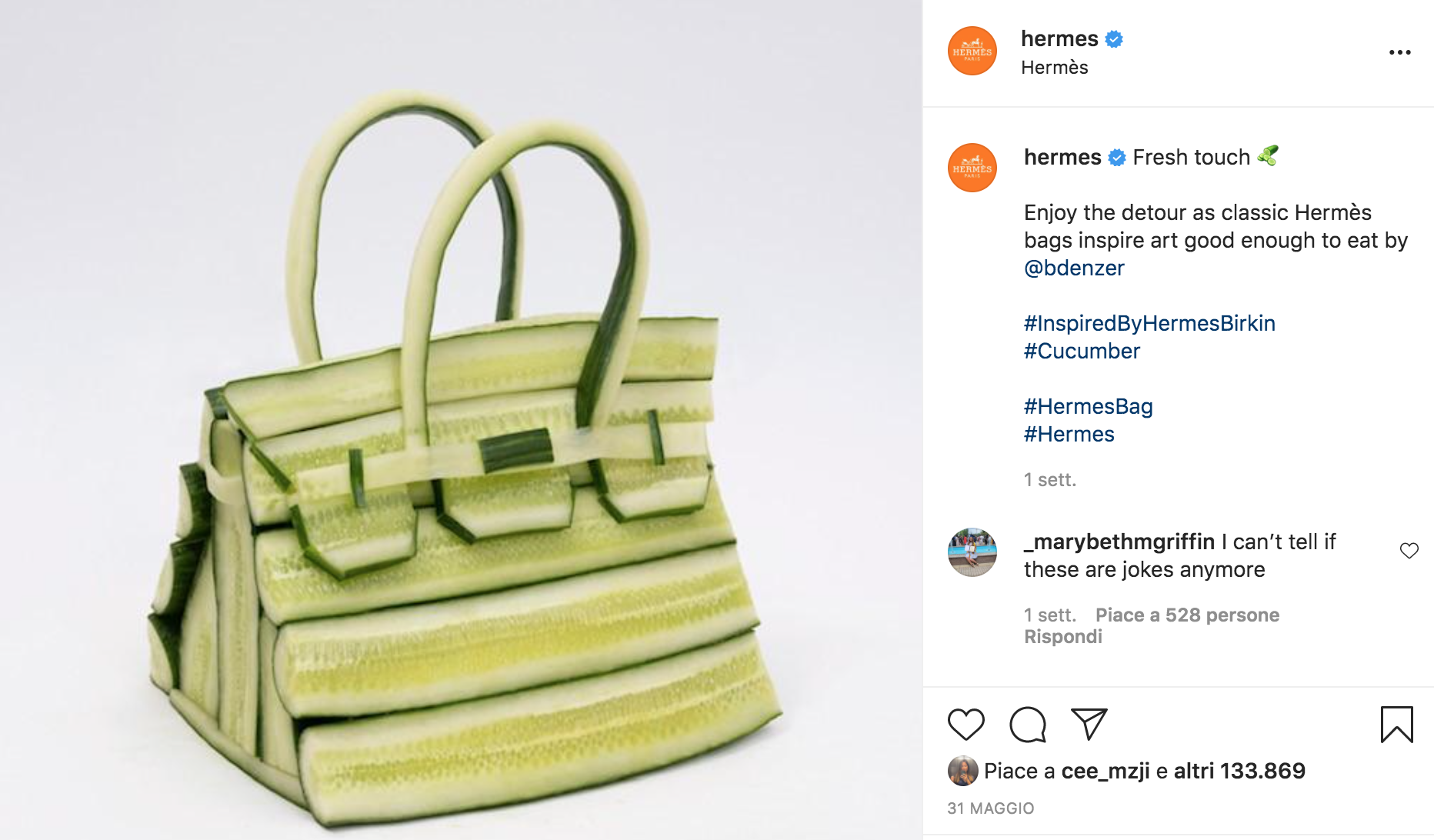 Is this a simple provocation or a “code message” that the following luxury bags will be vegan? Hermès is already experimenting with alternative materials to leather to meet customers who are more sensitive to sustainability. In March, he had made a bag made from mushrooms. Will the next to be with vegetables?
Share this
Tags: