Do you remember when custom Nike Air Max 97s were released in 2019 with a crucifix on the laces and holy water from the Jordan River in the Air unit? Behind what was called the Jesus Shoes, there was a name, MSCHF. An irreverent brand that is now back with another bizarre invention. This time, the New York brand has decided to exploit Birkenstocks‘ popularity to imagine a curious collaboration between the German company and none other than Hermès.

Thus was born Birkinstock, a precious slipper to say the least produced using the material coming from real Birkins now too worn to be functional as bags. The prestigious it-bag of the French Maison thus takes on a new and unexpected identity. It is a constructive part of a sandal silhouette that was considered anti-chic par excellence until a long time ago.

On the artistic collective’s official website, there is a poster that tells the idea behind the project. “Materials become valuable based on historical and cultural factors. In the 19th century, aluminum was an exotic and new metal. The French court gave more value to aluminum cutlery than to antique silverware. Today Birkin bags are increasing by the value of 14% every year. You can look at the Birkin bag as the new raw material of luxury “.

The models, also finished with gold details, will be sold at a price ranging between 34 and 76 thousand dollars depending on the type of leather used. As in the case of the very expensive specimen in red crocodile, which has already been spotted wearing Future. 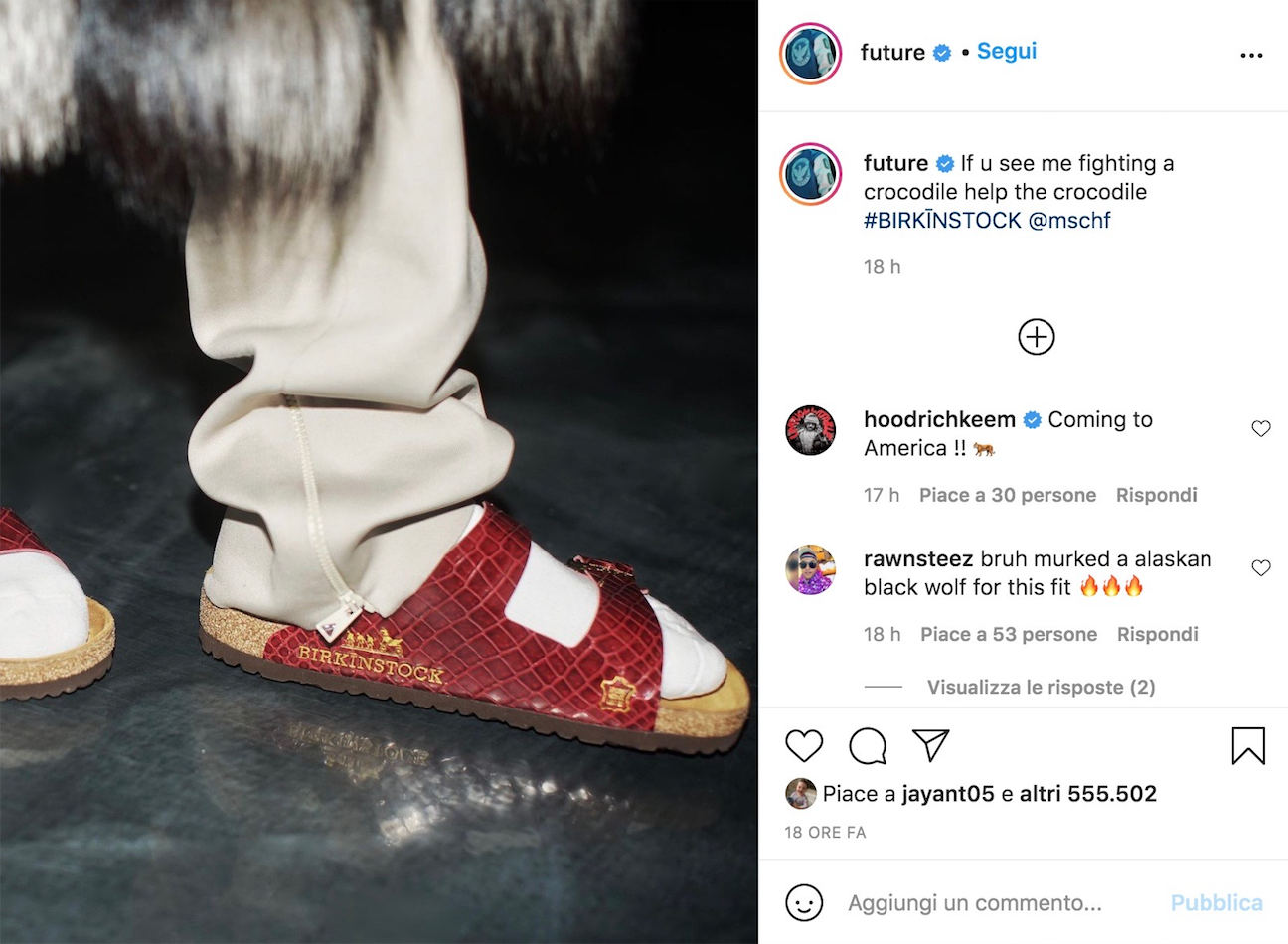 An initiative suspended between criticism, mockery, and celebration of the Birkin myth. It could also represent an ironic polemic against large luxury partnerships, which often include just adding a logo and little else. But also an involuntary masterpiece of timing, with Birkenstock that, in these days, could end up in the hands of an LVMH affiliate. However, the artists specify that the Birkinstocks are not a collaboration but a transformation of a banal shoe into the very substance of a myth of luxury.

THE HELIX, THE VERTICAL FOREST OF AMAZON

THE ADIDAS SLIP-ON SLIPPERS ARE BACK

Before the Halston series was released on Netflix in mid-May, the history

The Louis Vuitton summer 2022 fashion show is scheduled for today, 24

Ferrari races on a new track. But this time, that of fashion.

The Birkin is one of the most sought-after bags of recent decades.

The Birkin is one of the most sought-after bags of

After recent collaborations with Converse and Dr. Martens, Rick Owens