The temporary hiatus period of the collaboration between Travis Scott and Nike is coming to an end. To make it clear is the rapper himself. He was photographed wearing a new Air Jordan 1 enriched with his signature and that of Hiroshi Fujiwara’s brand, fragment. While the silhouette wasn’t unmistakable, zSneakerHeadz put together a render of what it might look like.

After the mysterious Jordan 1 Low, now it’s the turn of the High. The shoe seen on the Houston artist features the same blue and black color blocking proposed on the iconic 2014 fragments. The Air Jordan 1 High “Cactus Jack Royal” has a “Black Toe” base with “Dark Royal” overlays on the back and Travis’s signature inverted Swoosh branding in black. To give a twist to this classic is Travis Scott sewn sideways’ signature and already seen in his previous partnerships. Finishing the design is a sail-colored rubber sole that adds layer to the shoe design. 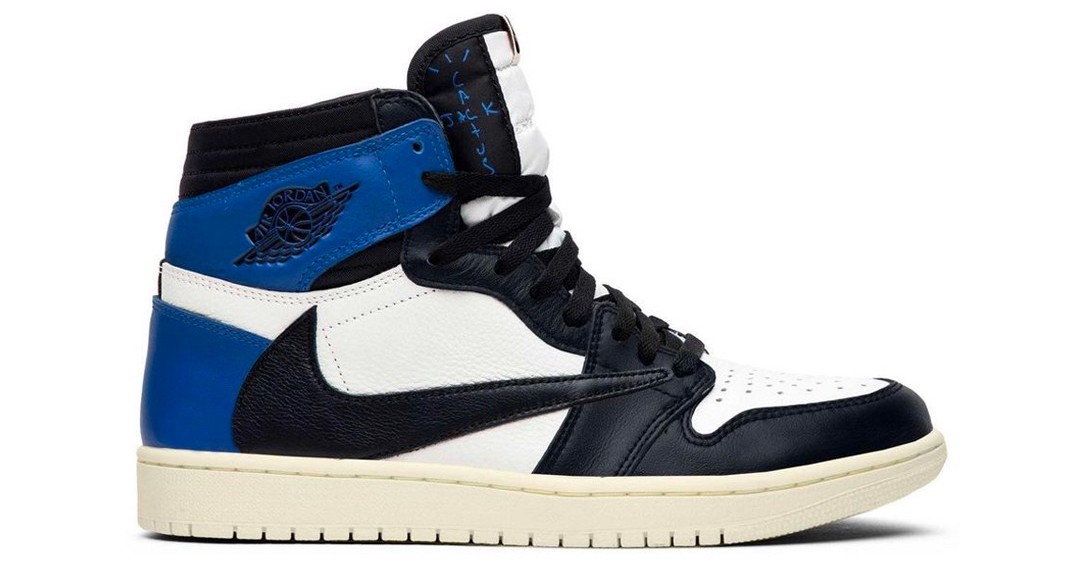 To date, it is not clear what is boiling in the pot, nor what Travis Scott’s next move will be. Will it be an Air Jordan 1 Low in the “Obsidian” colorway or a duo signed by fragment? While the imagination of many fans gallops, some fear that the sneakers glimpsed in the last period will never see the light, thus joining the already dense list of F&F models made by LaFlame.

THE FOULARD BETWEEN FASHION AND HISTORY