Online reputation is everything. Especially when it comes to brands or companies that base a large part of their communication on Posts and Instagram Stories. But which are the brands capable of getting more likes on Instagram? The social media marketing company Socialbakers has decided to answer this question by collecting the total number of likes obtained on Instagram from 1 January to 4 February 2021. The picture drawn is very different from what you might expect. 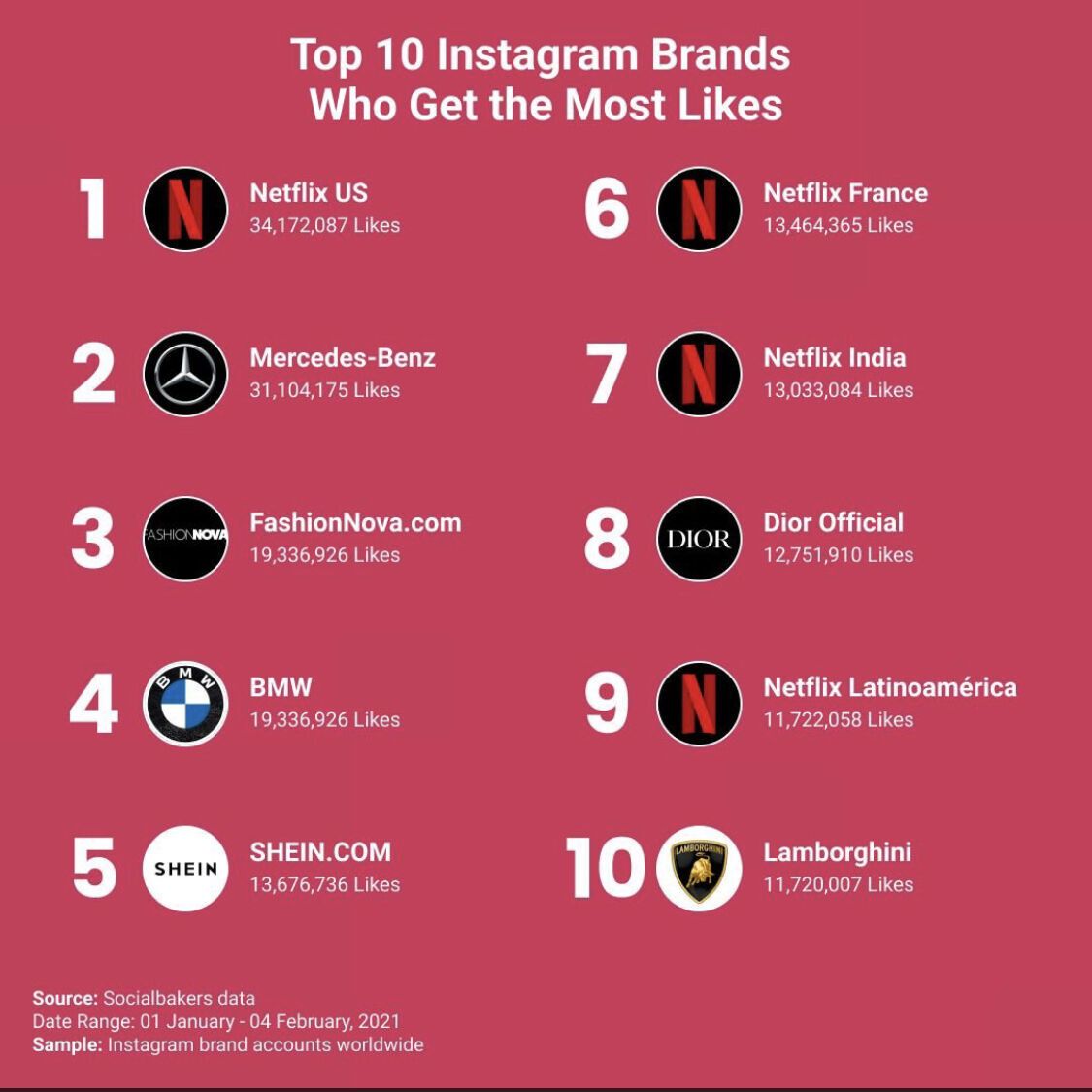 If Netflix ‘s massive presence is no surprise, that of two fast fashion sites like SHEIN and FashionNova is undoubtedly unexpected. The streaming service occupies four positions in the ranking. From the first obtained from his US profile to the ninth of the Latin American profile. A placement is undoubtedly due to the content shared online, including trailers and numerous memes of some of the world’s most viewed series. Re-shared by users all over the world who watch movies and TV series on Netflix.

The discourse for SHEIN and FashionNova is decidedly different, two realities far removed from the fashion concept that we are used to knowing. Their success, almost 20 million likes for FashionNova and nearly 15 million for SHEIN, is the sign of a fast-fashion more alive than ever. Despite the campaigns clamoring for its end, it remains the first choice for most Instagram users.

Lamborghini, Mercedes, Dior and BMW seem to take on the role of inspirational realities. Showcases in which to admire something that few can have.

However, the brand with the most followers in the world is the Juventus team. A strategy that has paid off since the official account has reached the figure of over 46 million loyal supporters, surpassing even the untouchable (until now) Gucci brand.

Ewan McGregor enters the role of Halston for a Netflix