The Louis Vuitton summer 2022 fashion show is scheduled for today, 24 June, at 2.30 pm. And as usual, Virgil Abloh sent some very creative invitations to the brand’s friends & family. For the occasion, the designer has in fact, sent several sets of board games, including decks of cards, beer pong set is a puzzle to influencers from all over the world.
Knowing Abloh, one might think this is a clue to the show’s theme. It could be a theme similar to that of reunion with friends, socializing, and having fun. We believe in a less childish key than the SS21 show seen in Shanghai last year and accompanied by cartoon characters and puppets. Or how can we forget the wall clock that runs backward, the kite covered with the LV monogram, and the assembled wooden airplane featuring the iconic LV logo printed on the wings and tail in a light green color? All are carefully placed in an orange box that represents an assembly kit complete with instructions for use. The new SS22 show will be in the form of a digital presentation and visible on social channels and the brand’s official website.
Prev
Next
With this opportunity, we have decided to collect for you the most original ones of recent years. In fact, at each event, we have seen buyers, influencers and media receive extravagant forms of convocation, which promptly attracted the attention of the web. However, it should be noted that it is not just a bizarre expedient to make people talk about themselves. It symbolizes how communication is evolving nowadays.
1) THE COFFEE MAKER OF GCDS: The scent of coffee, the remains of Magna Graecia, football, and fashion. These are the elements that GCDS has chosen to introduce us to its homage to Naples on the occasion of the Fall 2020 collection. Precisely for this reason, a special Bialetti Moka was delivered as an invitation. Giuliano Calza had also specified on the social networks the numbering of these to track down anyone who intended to resell it. 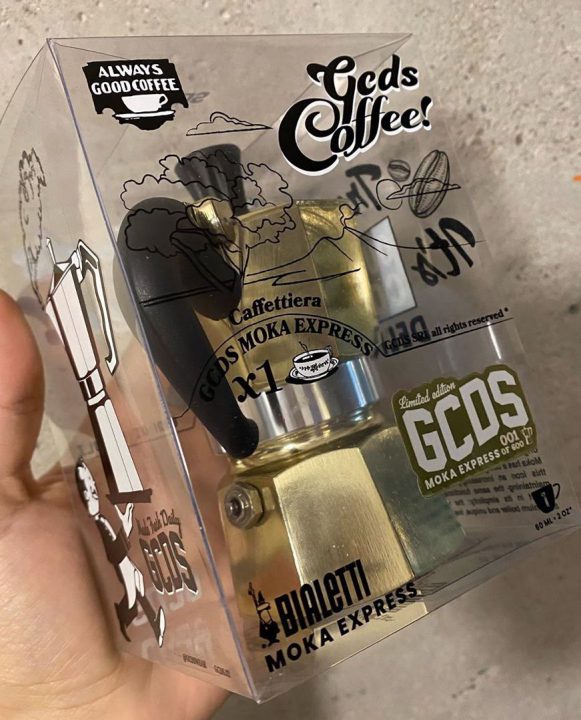 2) GUCCI QUIZ: Gucci is undoubtedly one of the first brands to notice the importance of the invitation. With the arrival of Alessandro Michele as artistic director, the brand began to invest heavily in this factor, capturing the attention runway after runway. The examples of originality adopted by the designer are really many, but one particularly struck us more than the others for its genius. We are talking about the “GUCCIQUIZ!”, Delivered to the guests to view the “Aria” collection. The viewer had to solve crosswords, puzzles, sudokus, and other puzzles inspired by the deep heritage contained in the brand’s hundred years of history. 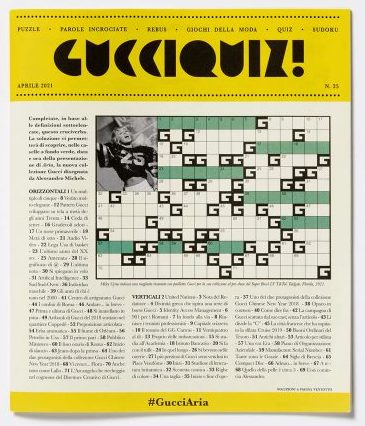 3) THE BALENCIAGA RECEIPT: You know, Demna Gvasalia is the man of provocation and originality par excellence. His nonconformist vision has destroyed and rebuilt all the canons of high fashion. Unexpected collaborations, unpredictable silhouettes, and revolutionary fashion shows are some of the ingredients that have formed the recipe for it success. Still, not only that, even the invitation to the fashion shows are a fundamental element. Like the recent receipt sent for the spring/summer 2022 collection, set in a fictional universe made up of clones and hacks. The leaflet contained the exact wording as the invoices issued in boutiques, but with the time and day of the event, a QR code to connect directly to the streaming, and the complete text of “La Vie en Rose” by Edith Piaf, the soundtrack of the fashion show. 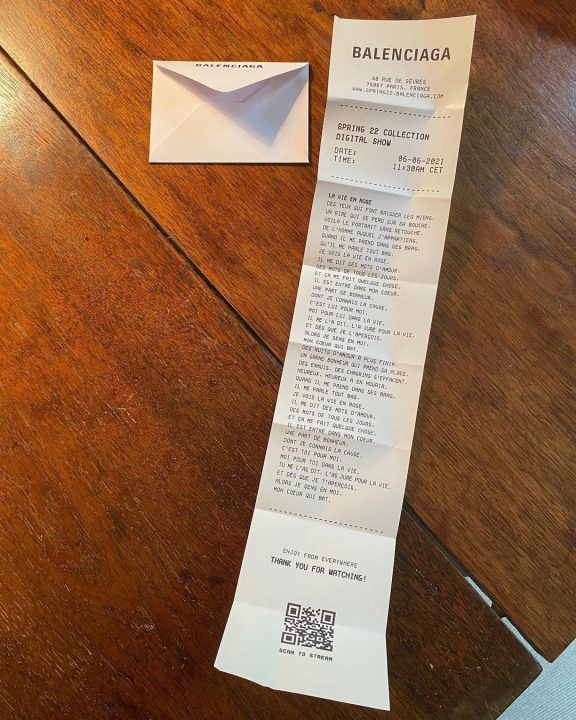 4) FENDI PASTA: What better symbol represents Italian excellence and a homely atmosphere than a plate of pasta? Fendi thinks so. On the occasion of the spring/summer 2021 collection, it sent buyers, editors, and influencers a unique package of pasta produced in collaboration with Rummo as an invitation. Not the classic fusilli or spaghetti, but an ad hoc format in the shape of a double F contained in an exceptional packaging, also covered by the iconic monogram. 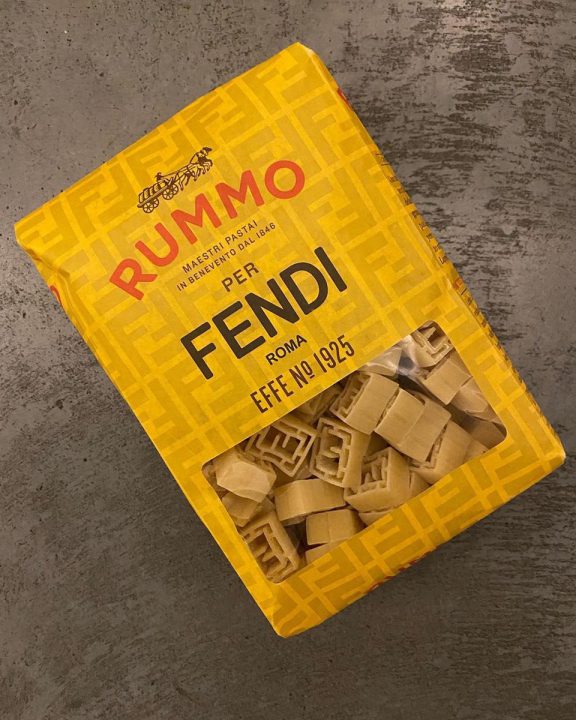 5) VETEMENTS CONDOMS: Vetements has based its success on provocation. One of the most bizarre ideas was to set a high fashion show in a McDonald’s and to give the guests two condoms. These were strictly branded.