The legend tells that some New York hospitals are equipped with the golden micro screwdrivers needed to open them if a patient in an emergency arrives wearing one. The Love Bracelet by Cartier, is still to this day one of the most successful creations of the French high jewellery brand. Born in 1969, not in the golden Parisian atelier, but in the Cartier jewellery workshop in New York, it was since the moment of its launch a real revolution within the industry. The creator of the Love Bracelet is Aldo Cipullo, an Italian jewellery designer, who in the course of his life also designed the Juste un Clou, the Cartier bracelet shaped as a curved nail. 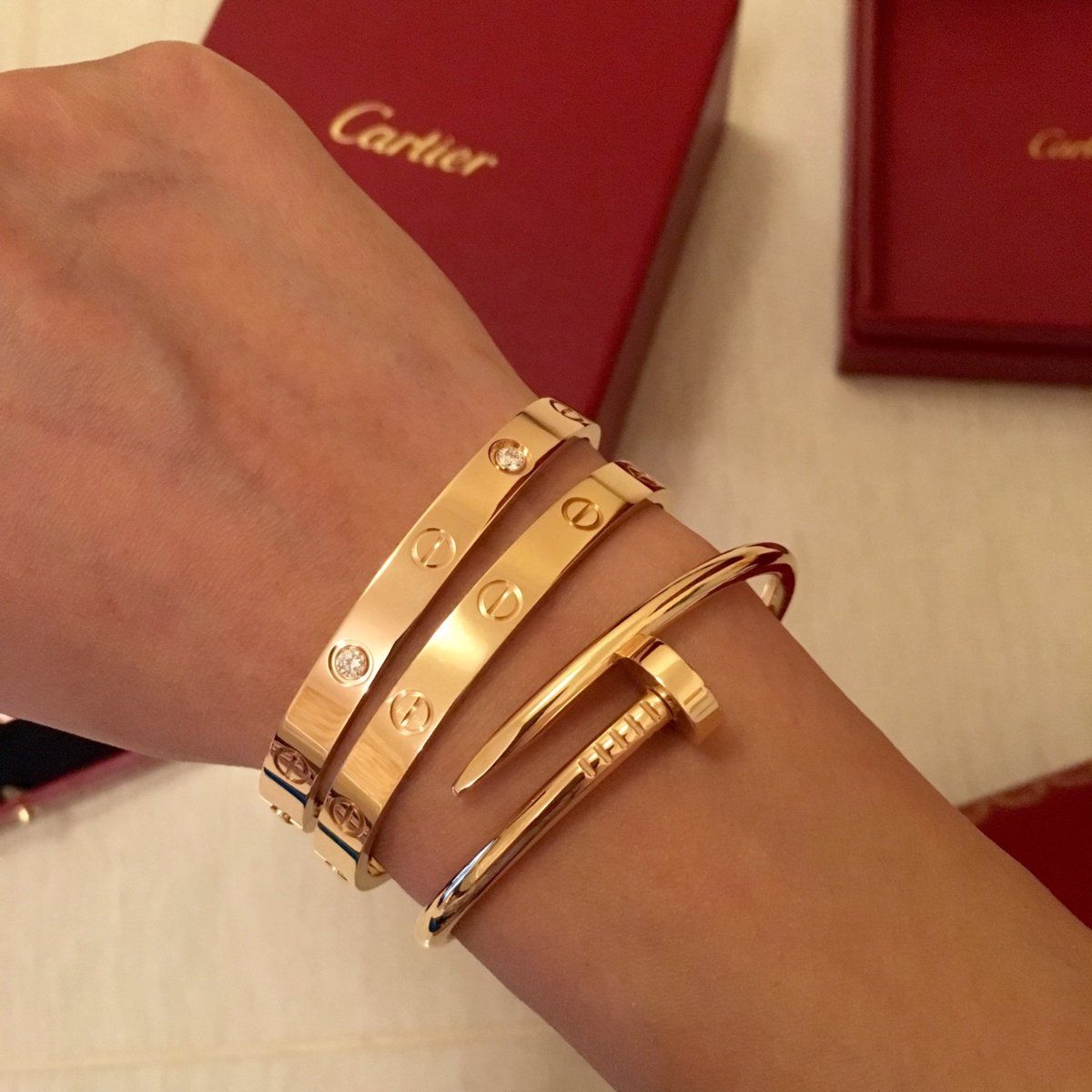 For the Love Bracelet, Cipullo took inspiration from the concept of a totalizing and faithful love and chose to translate it on a gold-plated silver bracelet with an oval shape that it remains as attached as possible to the wrist. The designer then decided to makes the Love bracelet genderless: at the time, wearing a jewel that was not intended for either sex, in particular, was revolutionary.

Another important detail was the hermetic seal. The Love Bracelet by Cartier was designed to remain tightly closed on the wrist thanks to a system of small screws that surrounded it along the entire surface. The bracelet can only be opened by the loved one, who, equipped with a small gold screwdriver that triggers the mechanism by “freeing” the wrist.

At the time of the launch, everyone went crazy for it: Cartier promoted the bracelet by gifting one to the most famous couples of the moment. From the Dukes of Windsor to Sophia Loren and Carlo Ponti, up to Elizabeth Taylor and her husband Richard Burton. All of them wore the Cartier’s Love Bracelet as a symbol of a deep union.

Like many jewels, the Cartier’s Love Bracelet has also been the subject of many legends. As reported by Town and Country, originally, only real couples in love were able to purchase it. But then once the demand increased and the emergency of a counterfeit market, Cartier decided to start marking each example of Love with a recognizable serial number that authenticates them.

Today is still a versatile bracelet, an object that can be handed down, given as a gift, suitable for all hours of the day and not necessarily combined with occasional clothes. No longer made of silver but solid gold, Cartier also offers this piece in different versions such as rings, earrings, pendants and necklaces, all symbols of great eternal love.

ALL THE LOOKS FROM ARIANA GRANDE'S NEW MUSIC VIDEO "POSITIONS"

THE AUCTION OF CARTIER’S 101 MYSTERIOUS WATCHES

At the end of these isolation days, few will be