It was only a matter of time before anyone tried to reproduce the Yeezy Foam Runner illegally. Given none other than the enormous success and the few quantities available. Among all the fake sites and producers currently in circulation, no one would have imagined finding a copy of Kanye West ‘s shoe on the Walmart website. This at least as reported by TMZ.

Sold at a price ranging from $ 24.49 to $ 27.59, the “Daeful Mens Womens Kids Summer Beach Shoes Foam Runner Anti Slipper Sandals Casual“ (this is the name of the shoe shown on the e-commerce) are a replica of Adidas and Yeezy’s creation made of algae foam. Yest wasted no time immediately suing the retailer: “the sale of this product causes the loss of millions of dollars for my brand“. Before moving on to the hard way, Kanye would have asked Walmart to remove the replicas from the site but received no response from the multinational. 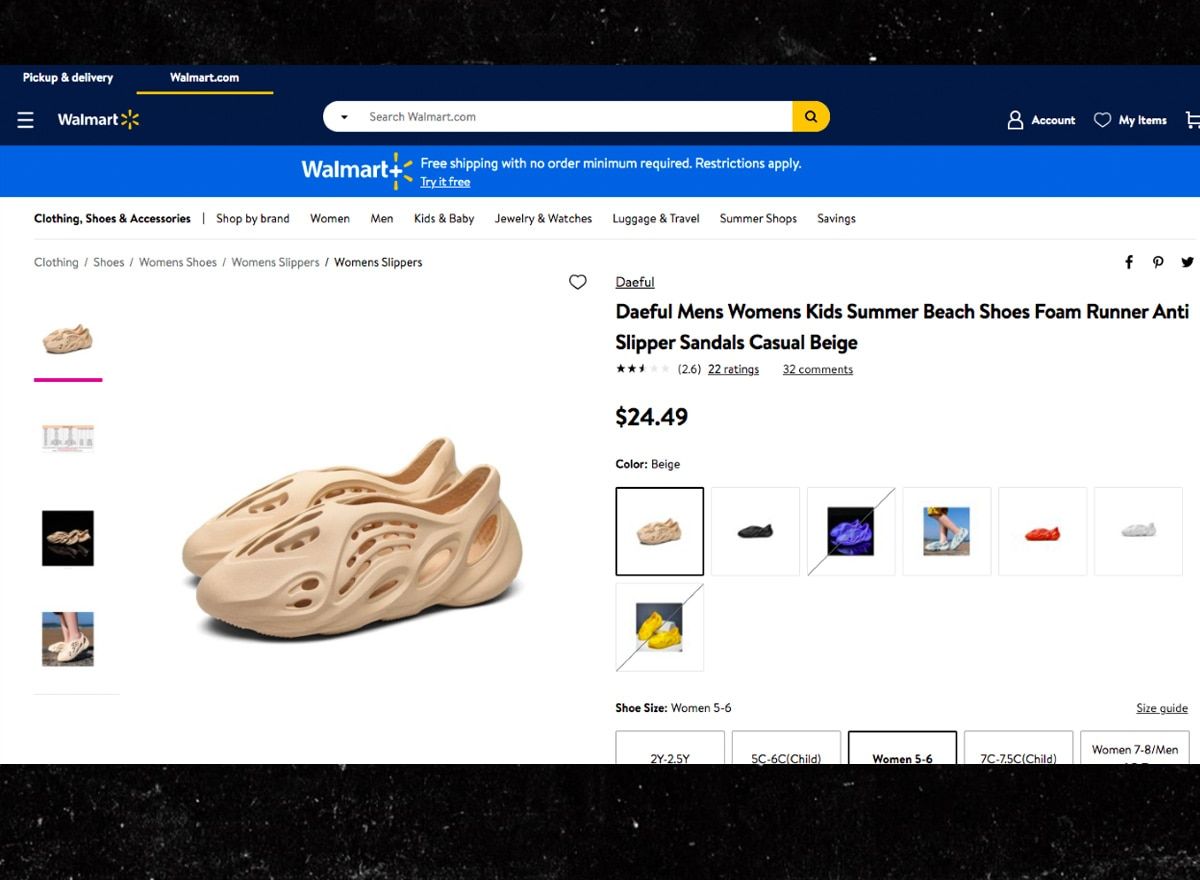 The legal case has not yet led to any significant implications, and the “Deaful Sandals” are still available online at a much lower price than the original pair. Walmart, for its part, justified itself by saying that a third party sells the product in question through their online shop. She, therefore, declared herself unrelated to the facts but ready to respond in court once the complaint was notified. The only response Walmart has received, for now, is the following.

“The product in question is not sold by Walmart, but by a third-party retailer. We take these kinds of allegations very seriously and are currently investigating the case.”

The problem of replicas and fakes is an old nemesis of the sneaker game. For some time now, he has been forced to contend with counterfeit versions of some of the most popular models on the market. It is no coincidence that Nike has recently filed the silhouettes of some of its sneakers. However, the fact that the fake was sold in the shop of a multinational such as Walmart, makes the story even more paradoxical.