Almost a year has passed since last summer, when Dior and Jordan Brand announced the opening of the raffle for the two Dior x Air Jordan 1, in the High and Low versions. These sneakers have marked the history of Jumpman and the French Maison. And now, a new launch appears to be in the pipeline. 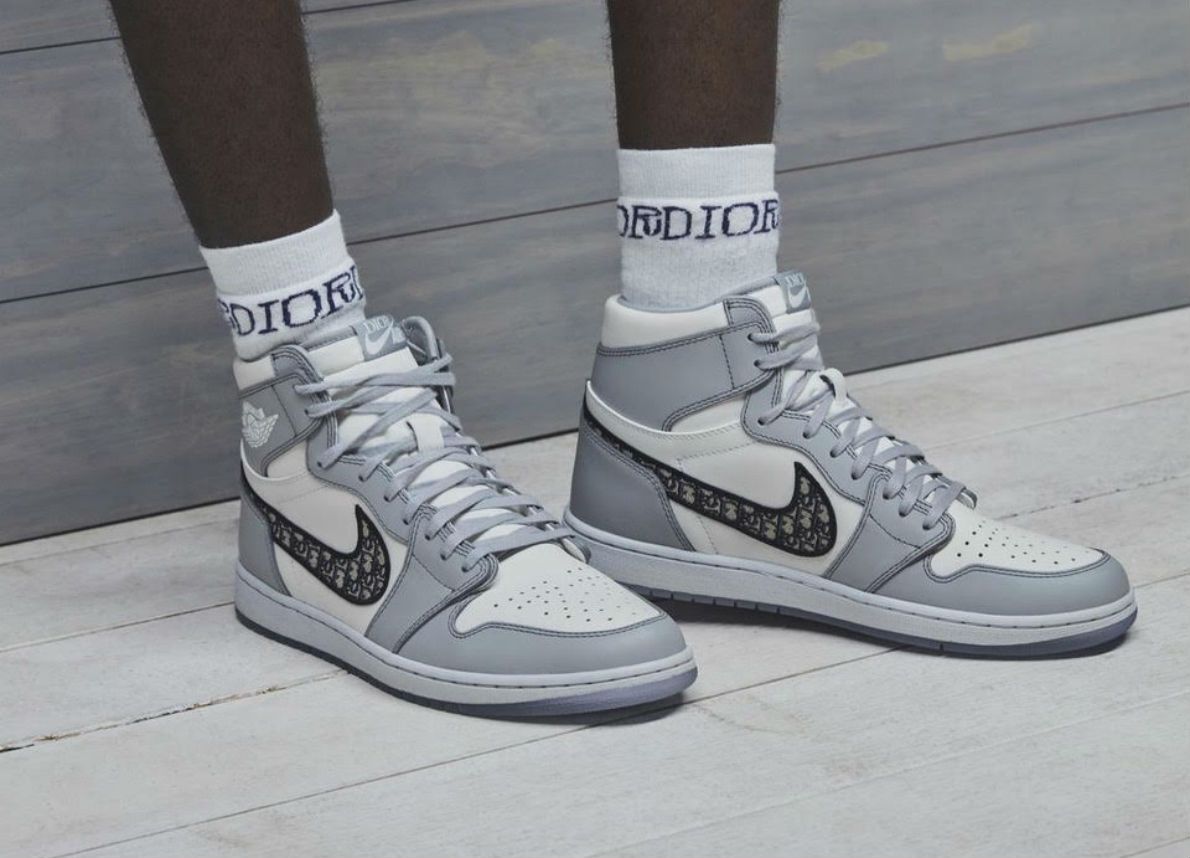 The first to break the silence was Jaysse Lopez, known on social media as @twojskicks and owner of Urban Necessities. A few months ago, he tweeted about the arrival of three new pairs of Air Dior 1 in the colors “Chicago”, “Royal,” and “Black / White”. These rumors then disappeared into thin air due to the lack of evidence.
Prev
Next
However, in the night, @mrunloved1s thought about rekindling the hope of fans in a news release. The leaks page, as reported below, confirmed what Lopez revealed months ago by correcting the shot: the three aforementioned colorways are planned for release but, instead of the “Black / White”, we could find a “Triple White” version. Also, it seems that one of the three iterations will only come out in women’s sizes.
Although there is still no date, the return of the Air Dior certainly has more than one meaning. While there is the hype for the return of a one-of-a-kind sneaker, on the other hand, it is precisely its uniqueness that makes this possible return as yet another proof of how the sneaker game cannot help squeezing all its successes to the last drop. Positioning itself among some of the most limited and expensive Air Jordan 1s ever, remember the only 8000 pairs available were available at the price of € 2000.
Share this
Tags:

WHAT DOES KYLIE JENNER HAVE IN STORE FOR US?