We have already heard about collaborations between tech giants and big fashion brands over the years, starting from the first decade of 2000 with the cobranding between Armani and Samsung for the P520 model (2007), or that of Prada with LG ( 2008), up to the most recent ones such as Moschino for Honor (2019) and Blu x Supreme Burner Phone (2019); not to mention the whole compartment of smart accessories such as cases for air-pods and I-phones that have long been signed by big names like Gucci or Chanel. 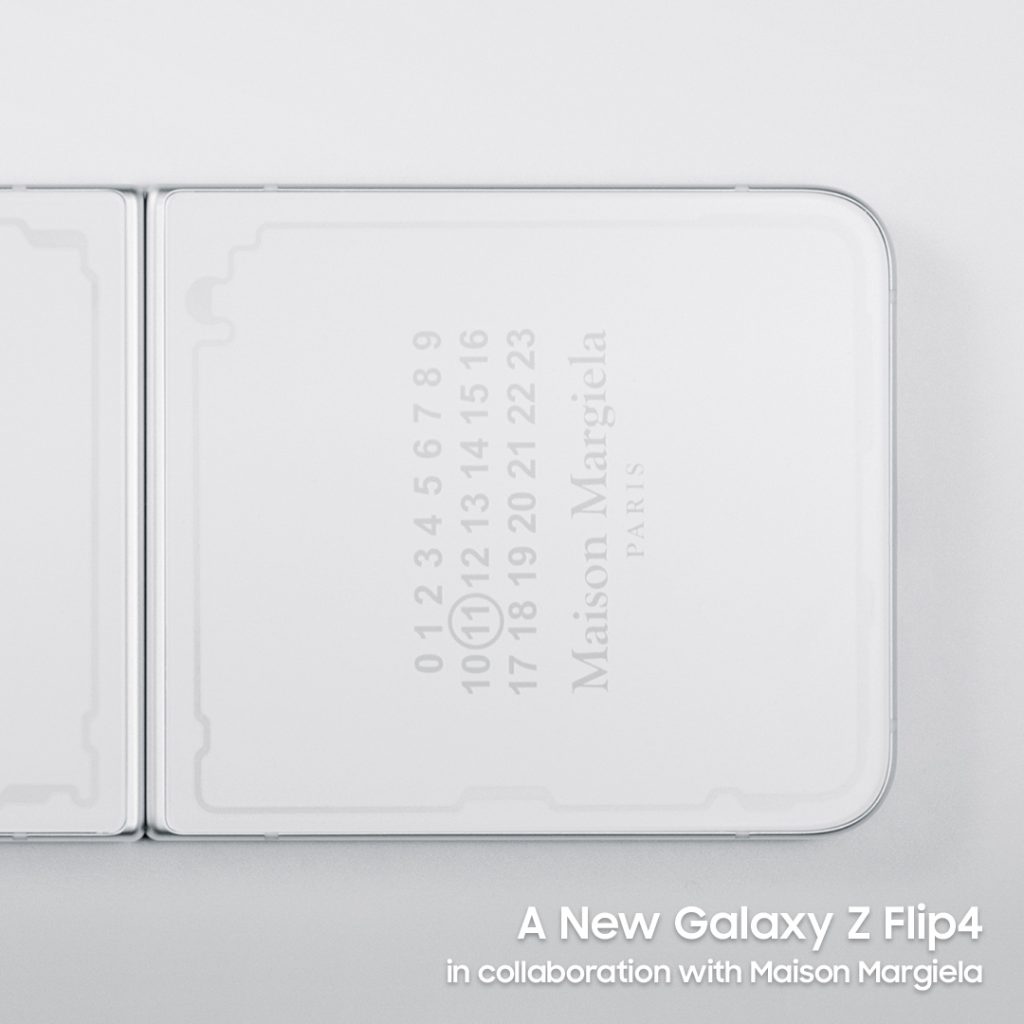 Well, the proposal of Samsung Eletronics and the OTB Group’s Parisian Maison, the exclusive Galaxy Z Flip4 Maison Margiela Edition, represents one of the most interesting and innovative examples of a “couture smartphone”, not only for stylistic and design reasons but also for some technical specifications.

The concept of this product lies in reflecting a type of philosophy of innovation, non-conformism and challenge in design, professed by both brands as a common point. 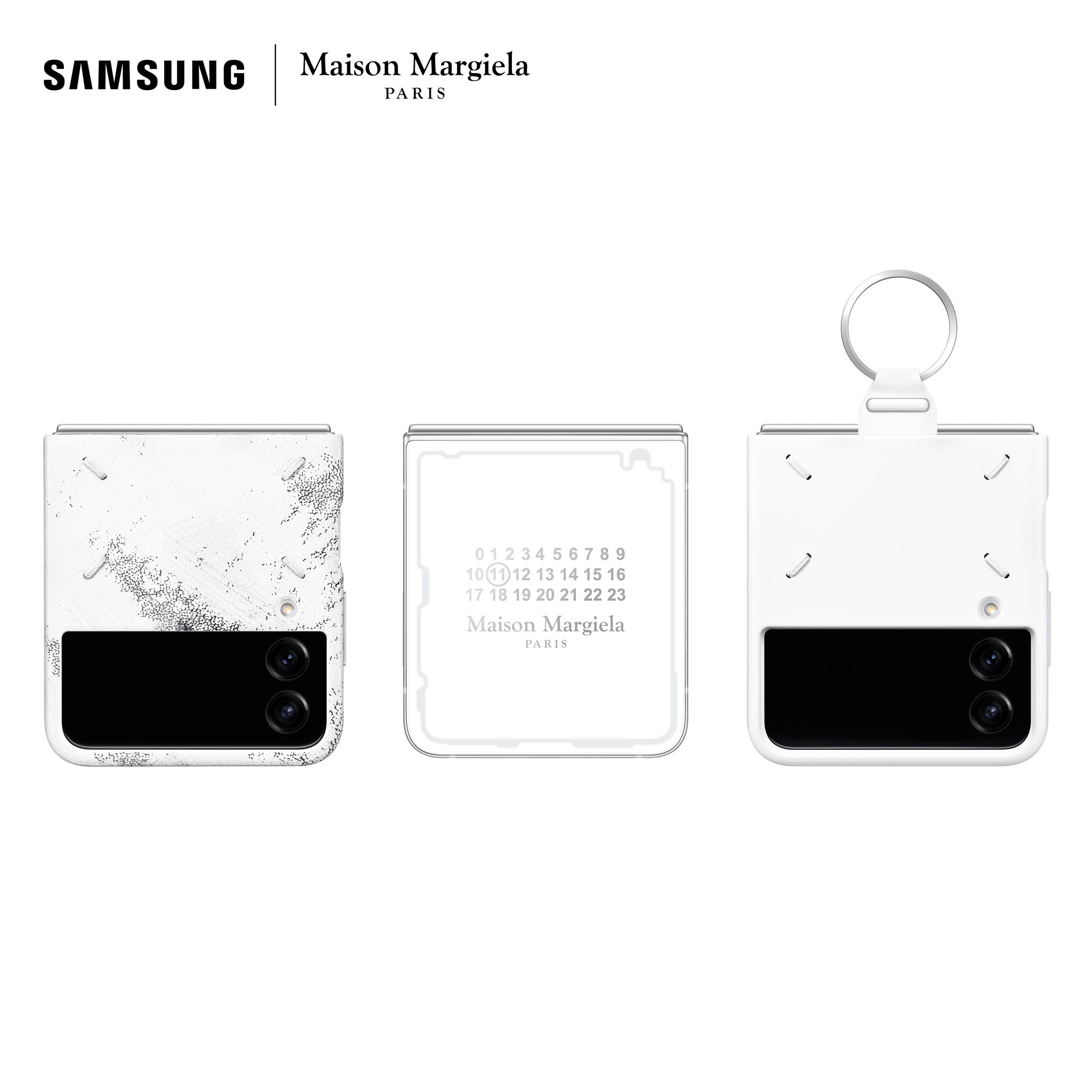 Samsung’s innovative vision is in fact the one that has allowed the idea of ​​a folding mobile device to be brought back to the market in the category of latest generation smartphones. Thus, by reimagining the design of the Galaxy Z flip4 in a limited edition version imbued with the avant-garde and provocative spirit of Margiela‘s high fashion, the two brands have skillfully and elegantly redefined the dynamics of creative and technological collaboration between two worlds not so distant after all in today’s era. 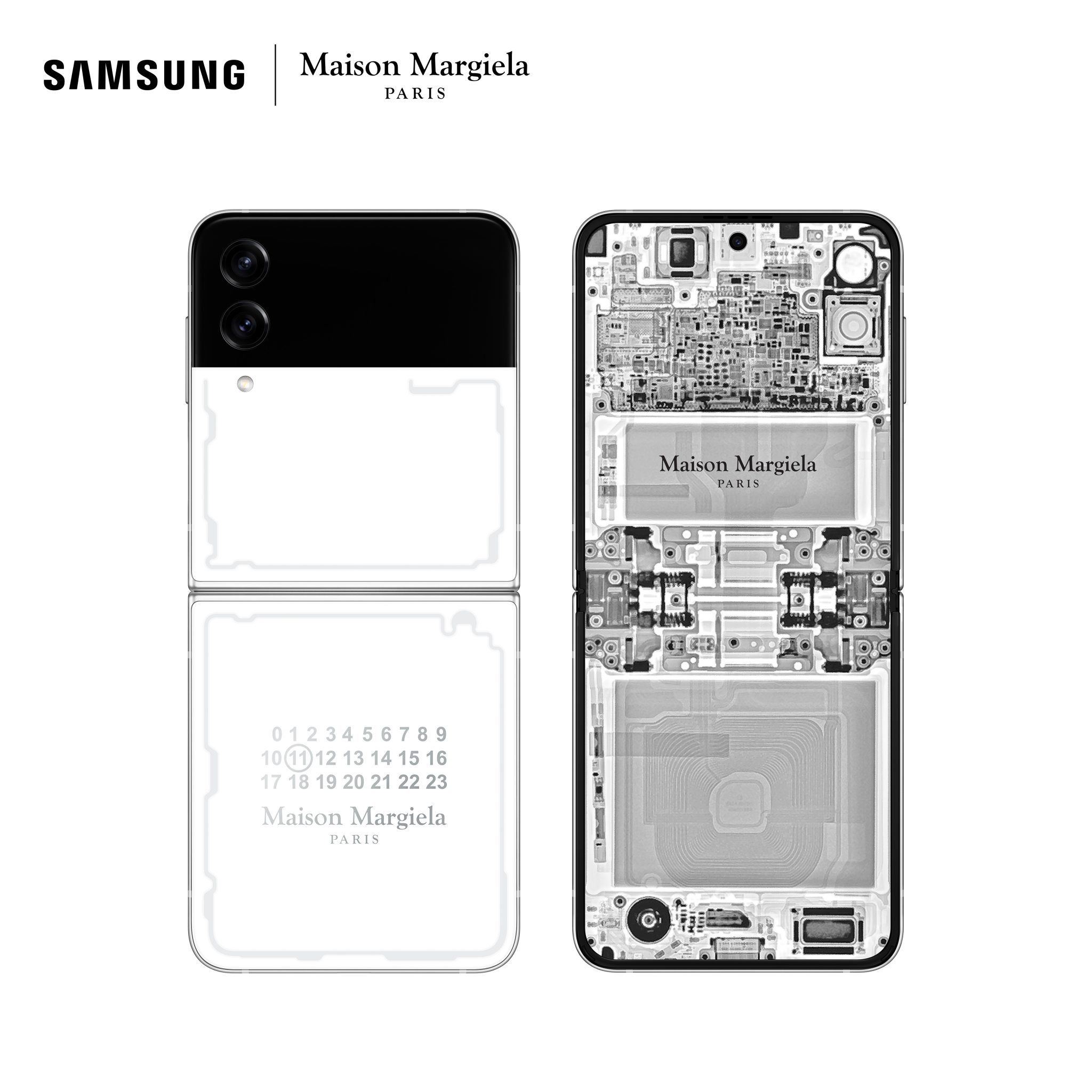 The Galaxy Z Flip4 Maison Margiela Edition is indeed a tribute to the Maison’s aesthetic codes, in every internal and external detail from the aesthetics of the device itself to the user experience, to the covers (such as the exclusive leather cover that reflects the ‘iconic bianchetto technique or the one that incorporates the brand’s numerical coding ring), including also the packaging.

The smart-flip-phone has a white color that has always been an iconic element of the Margiela brand, “contaminated” with a gray shade. Specifically for this version of the Galaxy, the décortiqué technique was adopted, another reference to Margiela distinctive sign, which plays on the sense of material consistencies, stripping an object of its outer layers to show its internal “skeleton”.

Regarding the official release, the Galaxy Z Flip4 Maison Margiela Edition is expected to be available from December 1 in select markets, including France, Korea and Hong Kong.

Balmain X Stranger Things is the limited-edition collection that we cannot do without.

Golden Goose, the famous brand known for its luxury sneakers,

Gucci and Dickies. An unexpected collaboration between luxury and workwear.

In perfect timing with the Christmas period, Gucci gives us a