In mid-March, Mark Cerny had unveiled the PS5, Sony‘s new console. A console to scream with an improved processor, with its 8 physical cores and 16 threads, which allows it to work up to 3.5 Ghz clock, with a variable frequency that will depend on the “boost” that will directly operate the system. Unlike Xbox which boasts a 12 TFLOP GPU, PlayStation has only 10 TFLOPS available but enough for a processor with those characteristics. The SSD, therefore, will be one of the great strengths of the console, which will promise practically non-existent loading times. 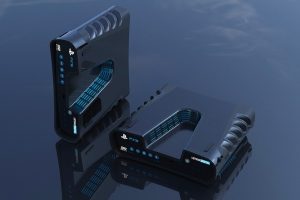 To increase the game experience of the players, Sony has designed Tempest Engine, an unprecedented audio engine called able to manage audio in a three-dimensional way. But it should be clarified that this function will only be available through the headphones, and not from the audio broadcast by TV, sound bars or Home Theater audio systems.

The new PS5 is expected to come out on the market in mid-November, provided that the coronavirus does not prevent its release (for now there is no news of postponement). The official price of the launches should be around 400/500 dollars (340/450 euros in Italy).
The latest news instead comes from the controller. Sony, without warning or warning, has revealed the new controller for the PS5. It’s called DualSense, and promises to be the progenitor of a new generation of joysticks. It will allow you to “feel” the game beyond your imagination thanks to the wireless function. You will have the sensation of perceiving the game literally, feeling the resistance in the keys when you decide to “drive a car in mud or in a pond” thanks to a super developed tactile feedback. Sony has decided to remove the “Share” button and replace it with a new link, called “Create” which will allow players to create their own gameplay more easily. The sensory aspect is completed with the new adaptive triggers: the R2 and L2 buttons will provide the player with the sensation corresponding to the actions that have been taken. In practice it will be possible to feel in the keys the tension that builds up when a bow is drawn to launch an arrow or the hardness of the trigger depending on the weapon being used.

The design does not go into the background. The inclination of the buttons has changed, the lines of the joystick body, the weight and above all the size, with an insignificant reduction which however benefits the battery size (which will last longer). To feel like a further protagonist of the game, Sony has decided to insert a microphone into the much more sophisticated DualSense, guaranteeing a hearing experience of the performances.
Sony has decided to launch the dual white and black colors, in addition to the implementation of the LED lights located in the central part of the controller.

THE NIKE DUNK LOW IS BACK

The Nike Dunk Low, the most loved and purchased for

Given the surge in the use of cryptocurrencies, the Economic

NEW IN THE GIVENCHY HOUSE?

There are still about eight months to launch the new iPhone 14, and

According to the Chinese calendar, Dr. Martens also celebrates the year of

The PlayStation5 has new been released and, for both kids

Travis Scott’s collaboration with Fortnite was only the first step