Surely in the past few weeks you have received an audio of a song and you have been asked to listen to it rigorously with headphones, at high volume and perhaps in the open air. An audio that has seen the protagonist of an infinite series of chains, sending and forwarding on group and private chats of the various messaging services such as WhatsApp or Telegram.
It was an audio in 8 D format. But what is 8D music? How does it work? And is it really a novelty?
Listening to the now famous Pentatonix song that we will all have been able to receive, the effect is that of listening to a piece of music reproduced from multiple sound sources placed in different places in space. Not only a change of channel between the right ear or the left ear, but also in front, behind, closer or further away: it is as if the source of the sound has moved around us in 360 °, a movement in 3 dimensions or in 3D. 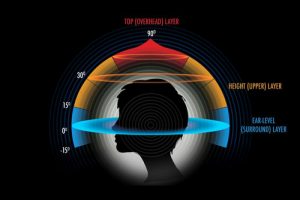 The correct definition is binaural sound, sound reproduction technique particularly used in the field of Virtual Reality to increase immersion. On the one hand there is the classic panning, the transition from the right channel to the left channel of the headphones, and on the other the application of post production effects such as reverberation or flanger to create spatial illusions. An “audio-retouch” to make what is not seem real.
A music that is discovered on YouTube to turn since 2015, but after 5 years, has definitely changed and evolved.

Let us remember that also the new Sony PS5 that will be released November, presents the Tempest Engine audio mode, an unprecedented audio engine capable of managing the audio in a three-dimensional way (here the other news). Also this to be heard strictly with headphones for a full immersion.

PLAYSTATION 5, THE NEWS AND THE NEW CONTROLLER

THE SPANISH DOMINATION ON NETFLIX

PLAYSTATION 5 IS NOT ENOUGH FOR EVERYONE

It is a loud cry from Sony fans these days:

The PlayStation5 has new been released and, for both kids