Roblox players, a trendy game among teenagers, have given life to a real market within the game. Inside this, the iconic and much desired Gucci bags are sold. The brand has already used Roblox as a way to promote itself. Gucci Sneaker Garage was the event to advertise their virtual sneakers created by designer Alessandro Michele.
Recently, the fashion house brought its “Gucci Garden Experience” into Roblox, allowing players to roam an art garden and purchase in-game items for their characters. Many of these pieces sold out in a few minutes, resulting in being “reselled” by the lucky few who managed to win them. 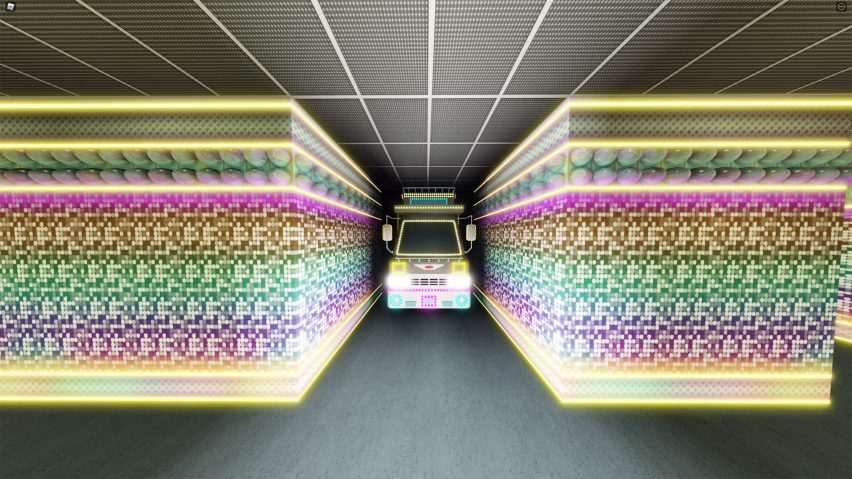 As anticipated before, Roblox is hugely popular among teenagers. The data suggests that around 67% of its users are under the age of 16, and these events are a great way to introduce the luxury brand to younger players. A plus since Roblox already has its fashion industry backed by fan-created content. It has become popular over the years thanks to content created directly by users. The content can later be purchased using the “Robux” in-game currency.
Most of the items sold during the Gucci Garden Experience were relatively cheap by the house’s standards. For example, a pair of diamond sunglasses sold for around 120 Robux (USD 1.40). But beware, sales are timed, which means players must be quick to grab the items before they disappear.
An object inspired by a real Gucci Collection, the result of the collaboration between the North Face brand and Pokemon, has seen a particularly substantial price increase. The item in question is a Gucci bag with a large bee print on the front and the Gucci logo. It originally sold in the game for $ 5.50, but it hit an insane resale price after it was bought.
Some Roblox users have even managed to sell their bags for hundreds of thousands of Robux. A set record is 350,000 Robux, which equates to over $ 4,000. Many have pointed out that that money would have been better spent on a real than a virtual Gucci bag. Distortions of the web? Maybe but all this only adds to its charm.
Share this
Tags:

THE EINSTEIN FORMULA BEATS AT AUCTION

STUSSY THE BRAND THAT MADE STREETWEAR HISTORY

Nike has announced a partnership with Roblox to create a