In the past months, Nike was supposed to release new versions of the Kobe 5 but the brand decided to block everything after the tragic and unexpected death of the ex-star of the Lakers. Now Nike will start selling Bryant’s products during a special occasion called Mamba Week.  From August 23rd, Kobe’s birthday, Nike decided to organize a week dedicated to all the release linked to the basketball player, including his two basketball uniforms and different variations of the Nike Kobe 5 Protro, a modern version of the famous sneakers released 10 years ago. 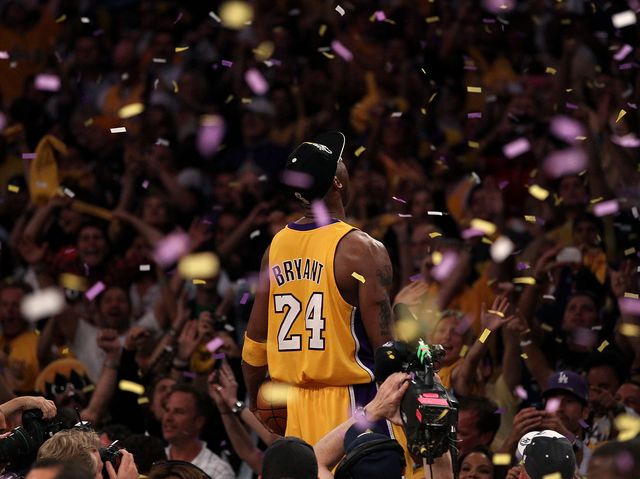 All the release are not confirmed and we’re expecting some surprises, but for sure Nike will finally release some long-awaited sneakers like the Nike Kobe 5 Protro “EYBL”, the “Lakers” already seen on Anthony Davis, and the Nike Kobe 5 Protro “Big Stage/Parade”,  a mix of the white and gold pair seen during the 2010 NBA Finals, and a mix of graphics that celebrates Bryant’s successes. Not already confirmed are the three collaborations with UNDEFEATED, store and brand that for a while sells Kobe’s signature line.

Of course, Nike took this choice after talking with Vanessa Bryant, wife of Kobe, to respect her husband’s memory. For the occasion, Nike will donate 1 million dollars to the Mamba & Mambacita Sports Foundation, born to celebrate Kobe and his daughter Gianna. The goal of the foundation is to support the young kids born in difficult situation throughout sport and give more opportunities to women, both as athlete and coaches.

A PAIR OF AIR JORDAN SOLD FOR 615 THOUSAND DOLLARS