Strongly desired by the very popular influencer, the two Italian actresses Simona tabasco and Beatrice Grannò, who rose to international prominence thanks to The White Lotus, are the testimonials of the Skims campaign for Valentine’s Day 2023.

The two protagonists of the second season of the TV series created by Mike White have been best friends for a decade in real life (as well as in the plot of the TV show). And after having shared the set of Doc – In your hands before and The White Lotus after, now they find themselves again sharing hours of work, this time on the photographic and advertising set for this important international campaign.

Kim Kardashian‘s attention was attracted to them by the series produced by HBO, where the two girls play two young local escorts. Just like us, Kim Kardashian has been waiting impatiently for the release of the new episodes of The White Lotus 2 to discover the fate of the guests of the luxury hotel in Taormina. Just like us, she loved the duo made up of Lucia and Mia aka Simona Tabasco and Beatrice Grannò, an authentic example of friendship and female empowerment. 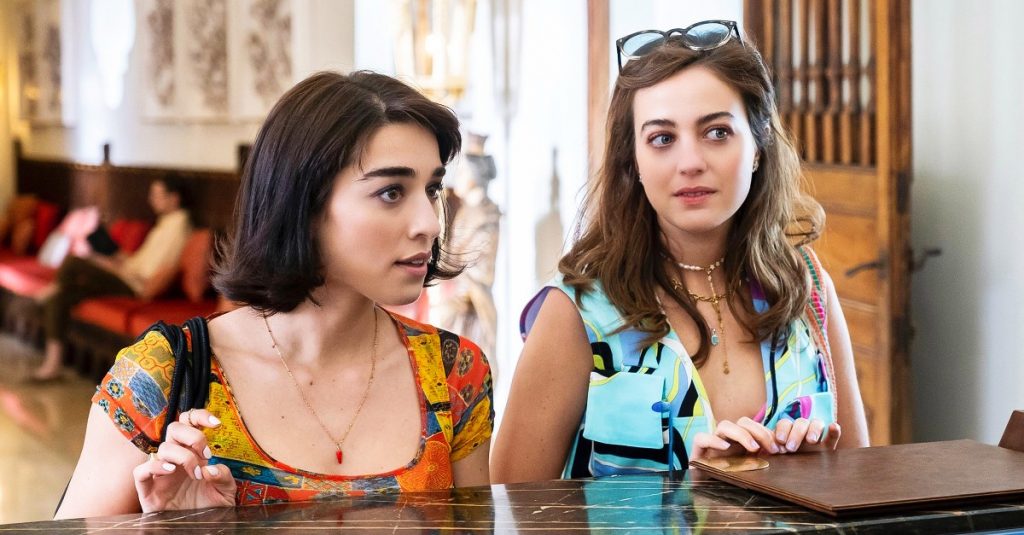 Kim Kardashian herself advertised the campaign on social media, posting the main shots on her Instagram account, accompanying the images and video with the phrase: “I saw The White Lotus and I had to have my girls!”.

Sensual and at the same time sunny and playful, in their naturally harmonious and authentic bodies, the two actresses pose for the lens of the photographer Donna Trope with complicity and spontaneity. They are in facts a dream team, as the photographer herself comments.

«I had so much fun shooting the Skims Valentine’s campaign» commented Beatrice Grannò. “Having the opportunity to work alongside my friend Simona and experience our first global fashion campaign together is something very special.” «I love everything Skims represents» added Simona Tabasco, «Being featured in a global fashion campaign with Beatrice that celebrates friendship, women and feeling powerful and sexy in your body is so gratifying».

The Skims collection for Valentine’s Day 2023 includes various items of pink and black lingerie and bodysuits, characterized by embroidered hearts, lace with the most sensual notes and cotton in different shades of pink for the most romantic models.

The underwear sets in question will be available from Thursday 26 January in the Skims Valentine’s shop.

In addition to the photos, the campaign also includes a short video in which the actresses whisper something in each other’s ears, then laugh and reveal the secret they whispered to each other.

So Kim Kardashian’s shapewear underwear brand has decided to interpret the Valentine’s Day theme, celebrating the intimacy of friendship and self-confidence.