In the wonderful setting of Bagni Misteriosi, a historic seaside resort in the heart of Milan dating back to the 1930s, the collection of ICEBERG of designer James Long “Underwater Lovers” was staged. On the notes of Siobhan Bell’s dj set and guided by the live performance of the Anglo-Nigerian artist Tiwa Savage the queen of afrobeat the models have ridden the catwalk transformed as if by magic into mermaids.

The suggestive show begins under the work of PR Paola Ruffo and her team.

James Long was inspired by the poem Warning by Jenny Joseph in giving life to his ICEBERG Spring / Summer collection, which is characterized by lightness, accompanied by an all-female determination, of a woman who feels perfectly at ease with herself same. Swimsuits, mini-dresses and long silk dresses, which for some releases were combined with knitted sweaters with the Looney Tunes graphic, represented the first releases. The pastel colors alternated with the flu colors and the movements and reflections created hypnotic light effects on the spectators, almost giving a swim under water. 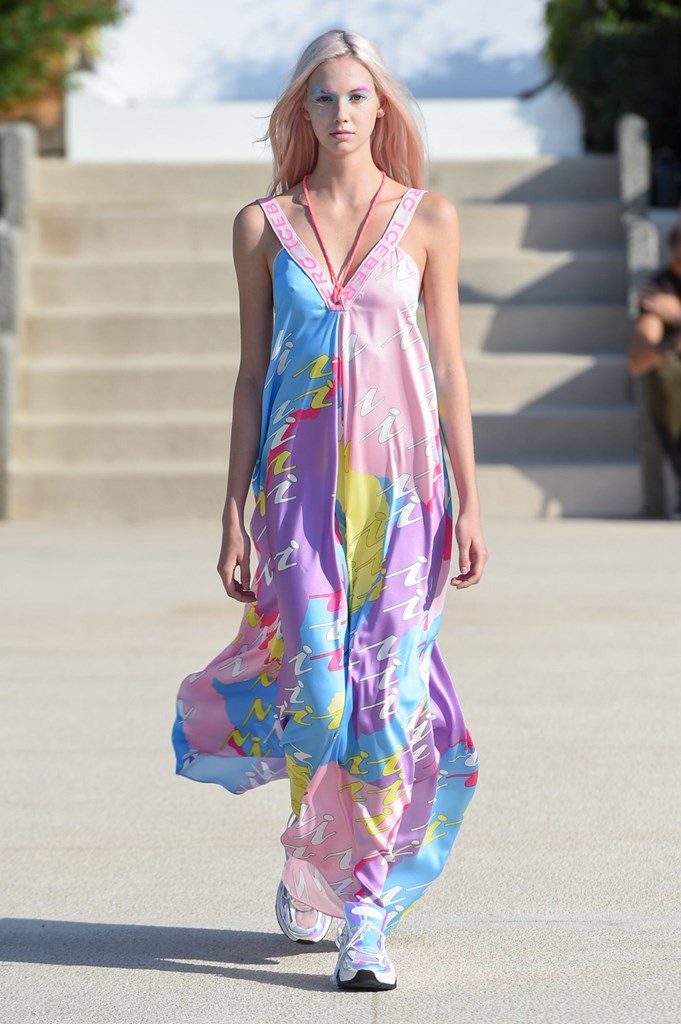 Animated by an adventurous spirit, ICEBERG’s grunge mermaids presented themselves in an alternative houndstooth to “i”, featuring dresses, miniskirts, costumes and lapel spears. ICEBERG’s classic cartoon sweater crept nonchalantly between the layers. Finally the last section was dedicated to the “mermaid gone bad“. Transformation of outfits in total black with obvious references to Grace Jones.

A rigorously fluo and geometrically elaborated make-up framed the faces of our sirens for all the exits.

“These are dresses for influencers“, the designer tells us, and we cannot but be fully in agreement. At the fashion show with Maria Vittoria Cusumano editor of MVC Magazine there were various celebrities such as Valentina Ferragni and partner Luca Vezil, Cecilia Rodriguez and partner Ignazio Moser, actress Ludovica Bizzaglia, Ilaria Grande and Luca Santeramo of NSS Magazine and many others.

The new B-30 sneakers by Dior are a must for craftsmanship, materials

BALENCIAGA AND THE NEW SIMPSON COLLECTION

After conquering Paris Fashion Week with its episode of The Simpsons, Balenciaga has continued to honor the

Following the first rumors, we now finally have a potential list of

THE NEW IT BAG? ANA OF LUAR

L’OMS has declared the pandemic coronavirus. The world of fashion,