New York, the big apple, destination for many tourists, one of the four capitals of fashion and a city that never goes out. But perhaps little by little its lights are starting to go out. And one of these lights is Fashion Week.
The news has been circulating and rumored in the living rooms for some years and the cause may not be the lack of funds and the choice of many brands to make small presentations for the press or fly to other cities. Let’s remember, for example, Alexander Wang first of all having abandoned two years ago and that apparently this year will be followed by his other colleagues.
Tom Ford has decided to step aside and to parade in Los Angeles on February 10 at Milk Studios, just on the eve of a very important ceremony “This year New York Fashion Week is scheduled for the Oscar weekend, a moment extremely lively for the city, where the universes of fashion and show biz come together magically “says the designer. Tommy Hilfiger chooses London on February 16 to present his co-labo collection with his friend and English Formula 1 champion Lewis Hamilton (we talked about it here). And most likely Ralph Lauren also abandons us, since at the moment he is not even on the official calendar.
And if you thought it ended here, you were wrong. Another big brand finally changed its mind and decided to leave the city. We are talking about Jeremy Scott, who lets us know that he will bring his fashion show to Paris, during the Paris Haute Couture Week in July. 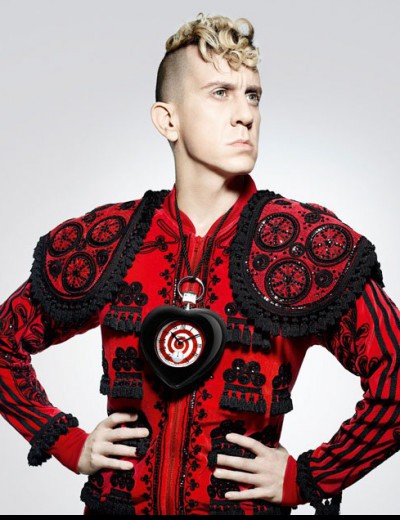 An unexpected decision: the Jeremy Scott fall winter 2020/2021 fashion show was already on the calendar on February 7 at 8:00 pm and was to represent the grand opening of the New York fashion week. The choice ? “He wanted to pay homage to the city that launched his career in design,” says his team. We remember that Scott, once he graduated in New York in 1996, moved to the Ville Lumiere to seek fortune and ended up presenting the brand that bears his name in 1997 in a bar near Place de la Bastille. The first step in a long career, which led him to become the creative director of Moschino in 2013.
Let’s say a shock news because now who will open the Fashion Week? But above all, who will parade at the women’s fall winter 2020/2021 fashion shows scheduled for 7-12 February in the Big Apple? For the moment, only Michael Kors and Marc Jacobs remain among the big fixed appearances of NYFW. But from what we see, nothing is so confirmed.

VALENTINE'S DAY WITH KYLIE JENNER AND HER DAUGHTER STORMI