Ewan McGregor enters the role of Halston for a Netflix mini-series co-produced with Ryan Murphy (director of American Crime Story: The assassination of Gianni Versace). The episodes retrace the history of the well-known American designer who determined the most sophisticated and glamorous style of the 70s and 80s. Today it has come to us thanks to the creative pencil of Tom Ford himself, who more than once declared the influence he had on his collections. “You can draw a direct line between Halston and me,” he said in a WWD interview in 2012.

But who was Roy Halston Frowick?

Halston was born in 1932 to a Norwegian father and an American mother. From an early age, he approached the world of fashion, sewing the clothes made at home for his sister. His passion, however, is hats. For his career, it will be essential to meet André Basil, owner of a hairdressing salon at the Ambassador Hotel, who offers him the opportunity to exhibit his creations. After a short time, he moved to New York and became the hatter for Lilly Daché and, later, for Bergdorf & Goodman. To make Halston’s name famous worldwide will be the Pillbox Hat, worn in 1961 by Jacqueline Kennedy on the occasion of her husband’s inauguration ceremony at the White House.

In 1968 he founded his label, winning the hearts of the international celebrities who frequented Studio 54. A great friend of Andy Warhol, he was the creator of a new fashion trend made of elegance and daring touches. Bianca Jagger’s fabulous dress is his when she enters the room on the white horse. According to Karl Lagerfeld, he was “the first of the new generation of designers to create true American style“.

Anjelica Huston, Lauren Bacall, Liza Minnelli, Pat Cleveland, or Jerry Hall, all the divas of the time, wore minimalist and sophisticated creations. The fluctuating tunics and jumpsuits in jersey or opaque rayon to the important capes made with meters and meters of fabric. He always bears the Halston signature, the 704 models, known as the “Ultrasuede pinafore”.

In fact, despite the pomp and fame, the designer’s story doesn’t exactly have a happy ending. In 1983, Halston and his band were at the center of an important commercial controversy that shook the world of fashion and beyond. Following an agreement with JCPenny, the high fashion department stores that sold Halston products, like Bergdorf Goodman, withdrew everything signed by the designer shelves, believing that the new partnership had devalued the brand. In the following years, the label was acquired several times, and the designer’s control of the company decreased drastically and in record time. 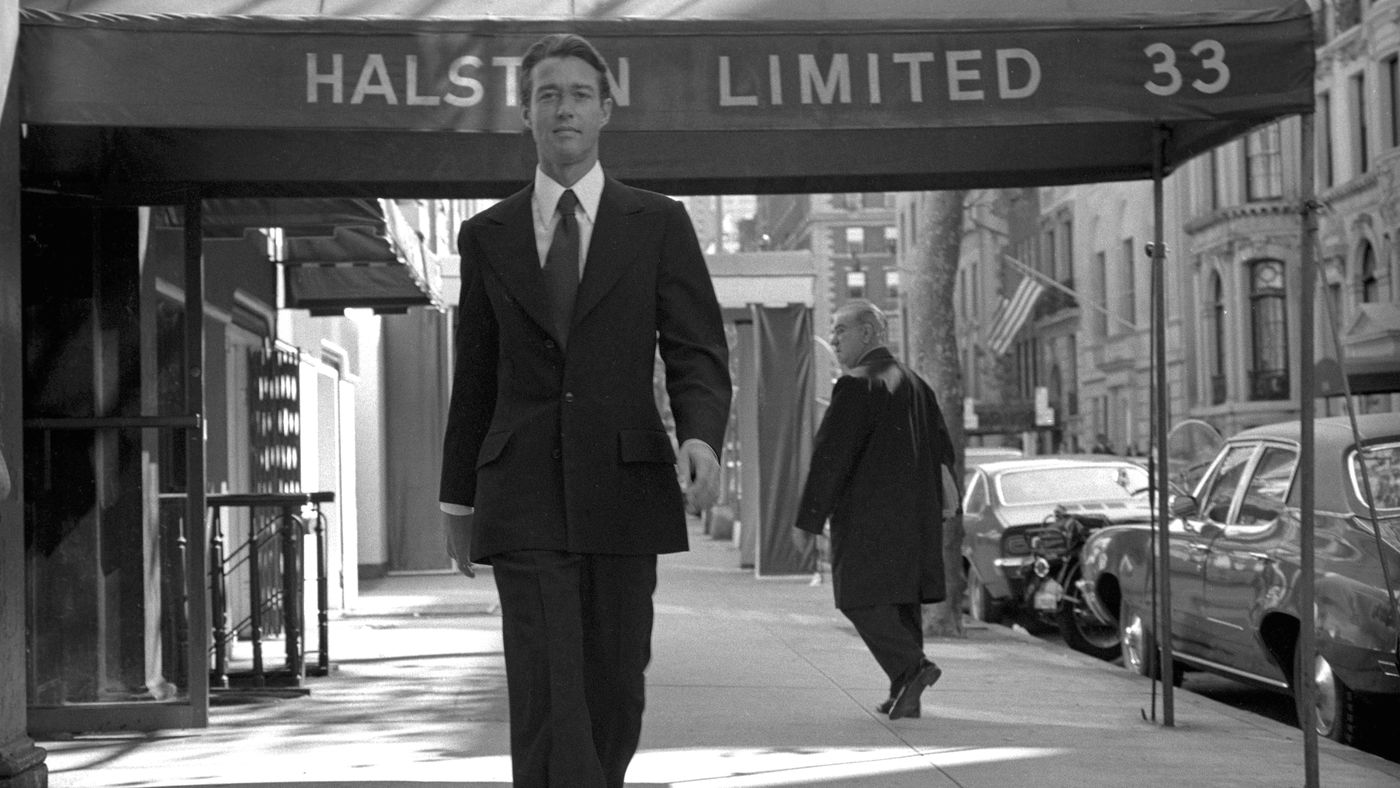 Shortly after that, in 1988, he discovered he was HIV positive. He dies two years later, just 57 years old. While Netflix has yet to reveal whether the series will cover his passing, what we do know is that he will follow Halston’s limelight as a designer and celebrity who embodied the decadence of the era. Deepening the “hostile takeover” of his namesake brand, which forced him “to fight for control of his most precious asset … the very name Halston“, as stated in the synopsis of Netflix. Ewan McGregor’s great challenge will be to make his personality immortal.