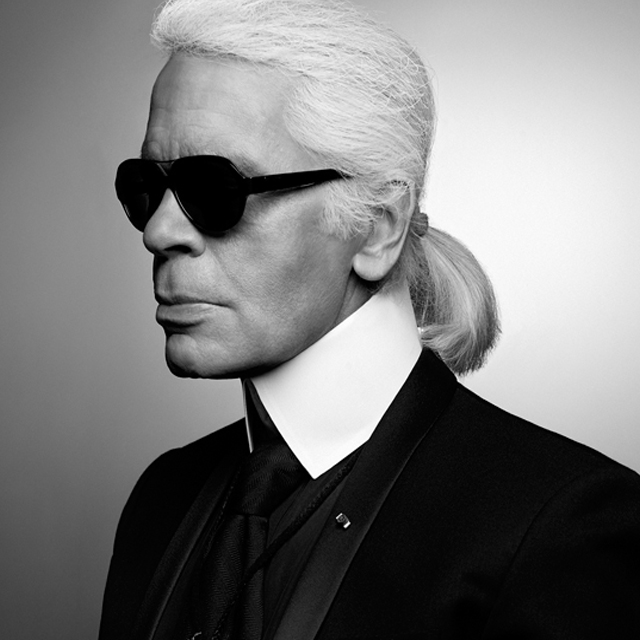 The Kaiser of catwalks is gone. He died in Paris at the age of, maybe, 85 years: his year of birth has always been a mistery. The piece of news was published by the French magazine Closer today morning, February the 19th 2019, just a few hours before the beginning of the Milan Fashion Week.
There had been some signal: on our magazine we had talked about his absence during Chanel Haute Couture catwalk (link articolo Parigi Haute Couture): Lagerfeld had been the creative director for Chanel since 1983 and he contributed to relaunch the brand after Coco’s passing. Moreover, we also owe to him the great Fendi’s rebirth and its international diffusion. He has worked for the greatest brands ever and, despite this huge success, has never said no to low cost collaborations: H&M chose him for their first partnership with a notorious designer (a limited edition, sold out in two days). Since 2010, he has signed four Hogan’s collections, reinventing the classical models of the brand: sneakers and ballerinas. In 2006 he launched a casual man-woman collection, K Karl Lagerfeld, including T-shirts and blue jeans, and recently he launched a wonderful capsule collection with Kaia Gerber, his latest muse, daughter of Cindy Crawford.
His name is a legend.
Not just a stylist, but also a photographer, illustrator, artist, designer, pop icon and fashion superstar. He was the Emperor, and also looked like an Emperor: his iconic and unforgettable look mainly consisted of big sunglasses, white hair tied in a ponytail, high-necked shirts, black suits and tie, black fingerless gloves, often a fan in his hands and many rings. This was his last message on social networks, https://www.instagram.com/p/BtgSvQ-oliT/, thanking fans after reaching one Million followers on Instagram. The world of fashion, after him, will never be the same.
Share this
Tags:

Waiting for the Oscars: The most iconic looks